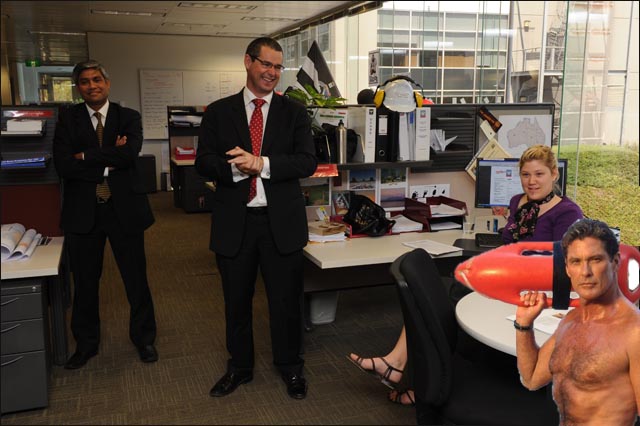 Reports are rolling in that Baywatch star David Hasselhoff, more correctly known as “The Hoff”, hit Sydney this week with beach babes in tow, ostensibly to help promote an ice cream brand.

However, Delimiter can exclusively reveal that the iconic American actor has been in Australia for the past six months, on a secret mission to aid Australia’s technology sector in its quest to finally overtake Silicon Valley and become the premiere global market for technology companies.

Above, the Baywatch star can be seen aiding Communications Minister Stephen Conroy in rolling out the National Broadband Network. However, The Hoff was also present at the launch of the iPhone 4 in July. 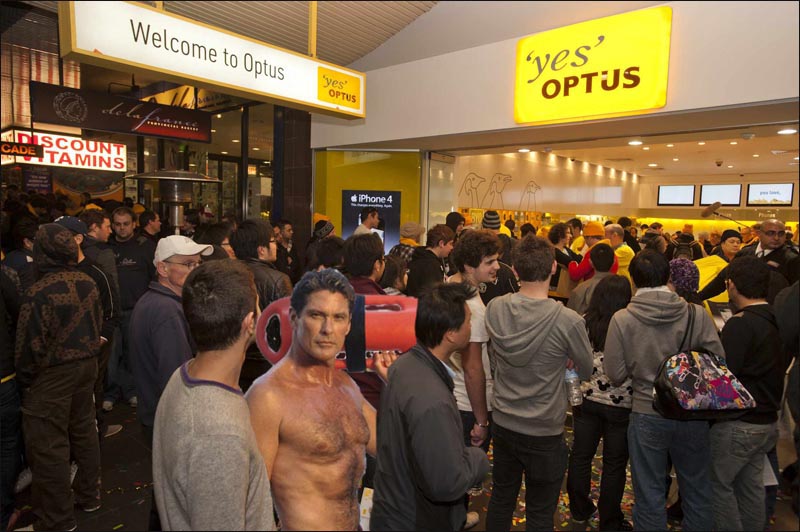 Microsoft caused a scandal with the attendance of Meter Maids at its Tech.Ed conference, but the Hoff was there to keep things under control. 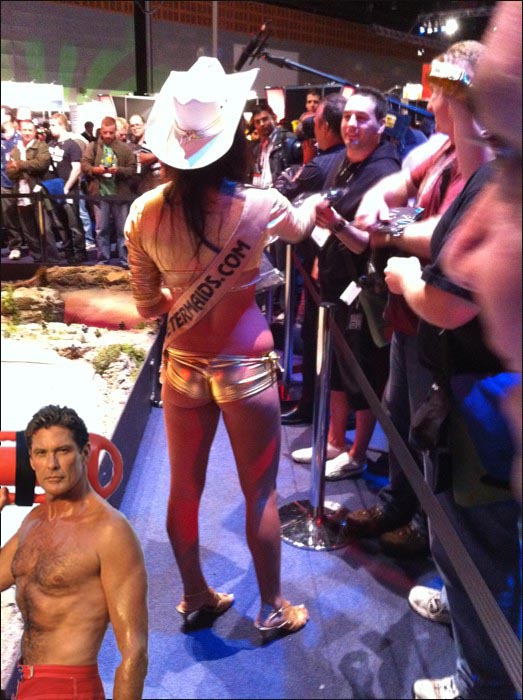 He has also been a close acquaintance of Senator Helen Coonan, the former Communications Minister … 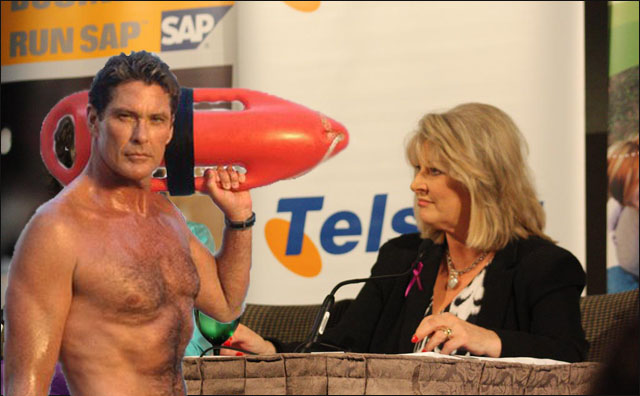 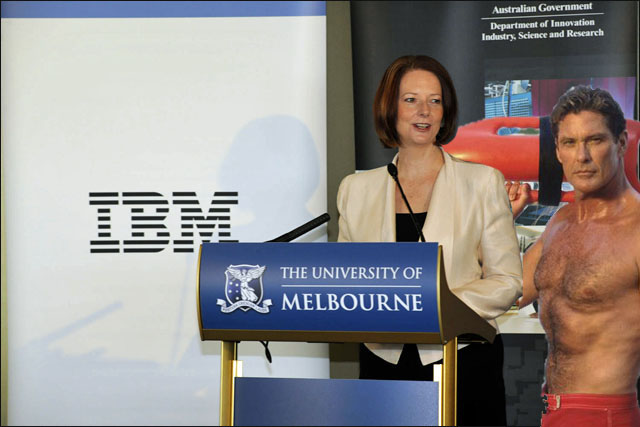 Forget Pamela Anderson; the newest star of Crazy Domains’ new television advertisements is none other than The Hoff. 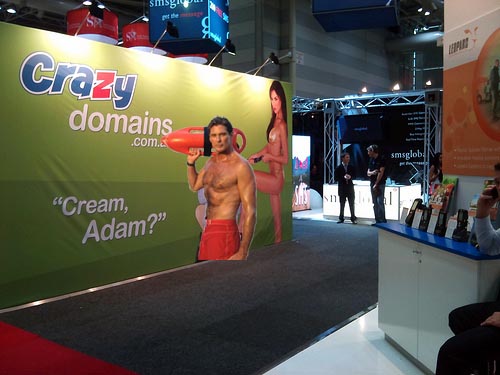 The former Baywatch star was there in 2010 when CSC launched its new facility in Melbourne’s Docklands’ suburb. 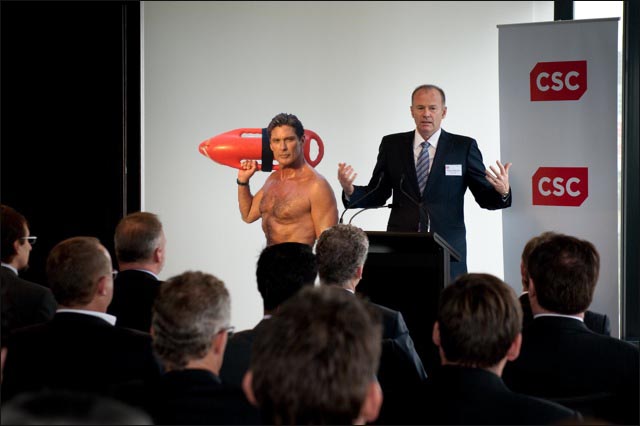 And The Hoff has even been helping VHA with its ongoing Vodafone woes. 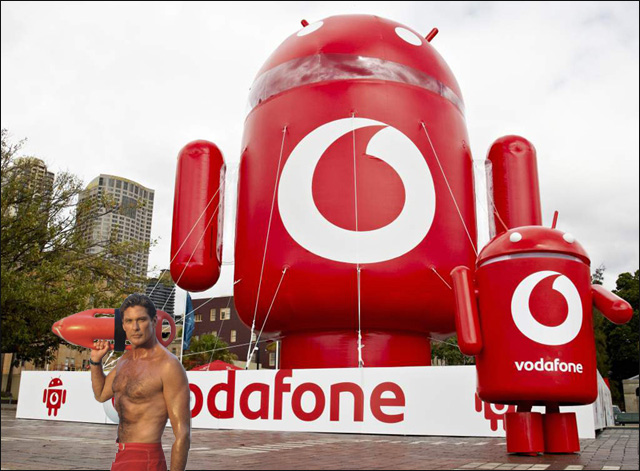 Last but not least, The Hoff was a hit at Gartner’s Symposium. 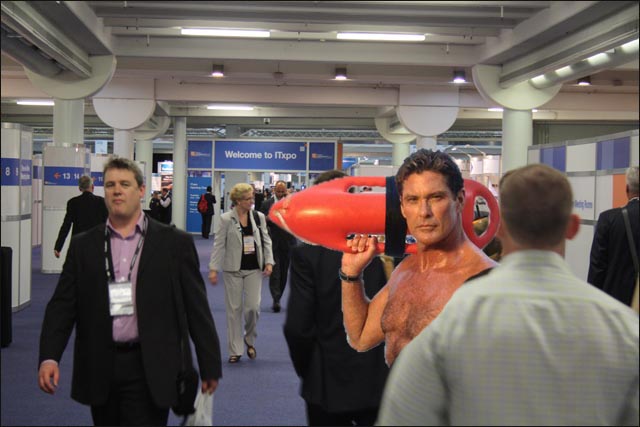 And after a bit of snooping around on Whirlpool (hey, that’s a daily habit for Australia’s technology reporters!), we discovered this posting from an email account ‘hof@delimiter.com.au’. Jeepers. Looks like The Hoff is even hooked into Whirlpool and Delimiter now.

Have you spotted The Hoff around Australia recently? Post links to your photographic evidence in the comments below.