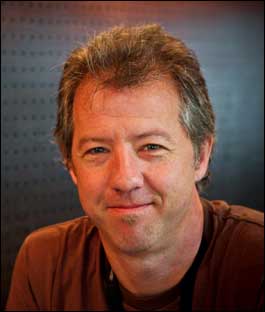 Australian startup incubator Pollenizer yesterday revealed it had raised half a million dollars for a new seed fund that it would use to invest small amounts between $10,000 and $100,000 in Australian technology startups.

The fundraising represents the implementation of Pollenizer’s pledge in August this year to invest in 10 web startups this year, as part of its ongoing attempt to grow the whole startup ecosystem in Australia and its own business.

However, Pollenizer has a slightly different model from other popular global seed funding organisations like Y Combinator. The company’s model sees it positioned as the co-founder of web startups rather than just as a passive investor. It will provide some investment and use its team and support network in Australia and India to help startups build their web business.

In a statement yesterday, co-founder Phil Morle (pictured, right) said the company was looking to invest in businesses at a very early stage, that could be validated quickly. And those simply looking to bring in revenue through selling ads will start at a disadvantage. “We prefer transactional business models rather than advertising-based,” Morle added. “We’ve learnt through solid experience that these are the companies with the best chance of success.” 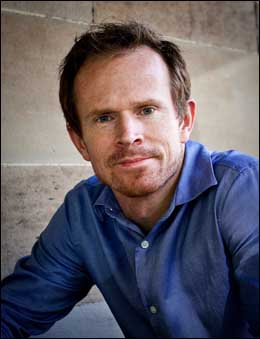 In August, a similar group of Australia’s technology startup elite — featuring many of the same investors — pitched in to form a new seed fund dubbed Startmate that would offer small investment rounds and up-close mentoring to local technology companies. Applications for the group’s first program recently closed, and the funding and mentoring program will start this Summer.

In addition, Carosa’s own Future Capital Development Fund has recently invested in several startups and is looking for more.

Pollenizer’s other co-founder Mick Liubinskas (pictured, left) said Australia’s technology sector was experiencing “unprecedented growth and investment”. “There’s so much uncertainty in other sectors, that investing in growth in private companies is very strong,” he said. “We see the fund as another vote of confidence by the market in the Australian technology sector.

Pollenizer itself has already had some success with its portfolio of startup companies. The company’s group buying site Spreets, which is similar to US powerhouse Groupon, has been publicly stated to be generating more than $200,000 in revenue per week, and the company is also monetising the underlying Dealised platform.

The company’s 99dresses site, an online clothing swap site exclusively for women founded by local Nikki Durkin, achieved early viral success and now has thousands of members swapping clothes. However, not all properties have grown as fast; and the technology startup sector is known for being turbulent. For example local startup Pouncer — not associated with Pollenizer — closed its doors this year after being founded in May 2009.

The full list of investors in the new Pollenizer fund is: