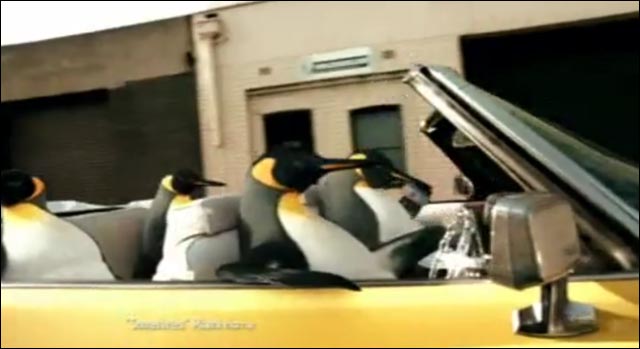 Almost four months after iiNet and others shook up the market with what were dubbed Australia’s first terabyte broadband plans, the nation’s second-largest telco has come to the party, updating its offerings to bring it into the terabyte league.

The SingTel subsidiary today updated both its bundled plans (including its ‘Fusion’ home phone and broadband plans) and its stand-alone broadband plans to include significantly higher download quotas, ranging from 500GB to 1000GB and at monthly costs from $69.99 to $129.

Customers using Optus’ Fusion bundled plans, which come with a fixed-line home telephone included, can use their quota at any time during the day or night — in contrast with some other terabyte plans on the market, which come in 500GB packages for each of the on-peak and off-peak time periods.

According to an Optus ststament (PDF), customers on the Fusion 99 and Fusion 109 plans had previously had only 15GB and 30GB of download quota available to them — now they’ll have 500GB, meaning the telco has today delivered quota increases of 485GB and 470GB to those plans.

“Our customers are telling us that they want more all-inclusive bundles and higher data options from their fixed broadband plans — and that’s what we’ve delivered, said Gavin Williams, Optus’ Consumer marketing director, who only stepped into the role recently, after previously being the acting managing director of Optus’ Wholesale and Satellite division.

Optus has also canned excess data charges from the new Fusion plans, meaning that customers’ speeds will be shaped to 256kbps after they exceed their monthly limit. And new international calling rates have been brought in on the $109 and $129 Fusion plans.

The non-Fusion plans, however, have a lower speed cap — just 64kps if customers exceed their limit.

“Optus is committed to providing our customers with services which not only offer substantial value but are intuitive and easy to understand,” said Williams. “The elimination of excess usage charges will enable customers to better manage their bills. Likewise, not restricting customers with peak and off peak times on our Fusion offers, will ensure customers can use their data as and when they want to without having to worry about watching the clock.”

In addition, Optus is waiving its $79 connection fee for customers who connect to a Fusion plan before January 31 next year. 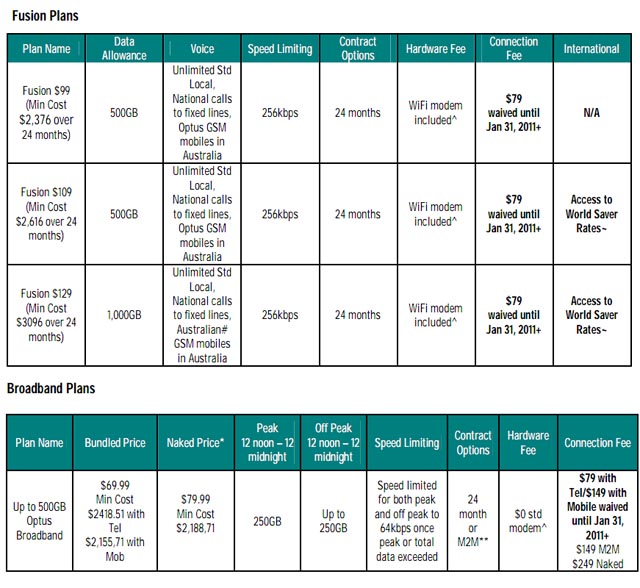