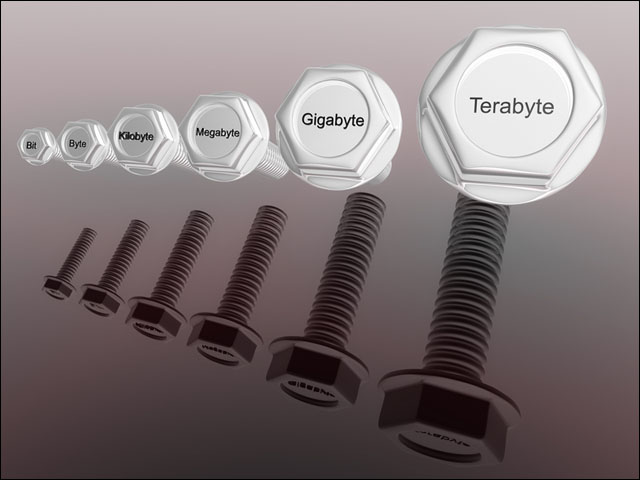 National broadband provider iiNet today unveiled an extensive revamp of its broadband plans, including what it claimed was Australia’s first plan with a terabyte of included download quota.

“iiNet is moving Australian broadband forward,” said the company’s chief executive Michael Malone in a statement (PDF). “We’ve built a high performance network over the past five years, including great long-term deals with our suppliers. We have oodles of bandwidth and it’s about time we used it.”

“Today we continue to lead the market with our latest innovation — Australia’s first one terabyte plan … this isn’t about big plans, it’s about sustainable plans.”

The terabyte plan — to be available, along with the other changes, from August 20 — allocates customers 500GB each of on-peak and off-peak data and will cost customers between $99.95 and $119.95 per month, depending on whether they choose an ADSL1, ADSL2+ or naked DSL connection, and whether they bundle their broadband plan with a telephone connection.

Business customers, however, will pay more — with business terabyte plans ranging up to $149.95 per month. And both uploads and downloads count towards the quota.

iiNet has also boosted the quotas on its other broadband plans, and now offers a range of tiers from 20GB per month for $29.95, ranging then to 100GB, 200Gb and 400GB. The ISP continues to shape customers once they go beyond those limits — down to 256k upload and download speeds. the business plans consistently cost more than the consumer plans, but offer additional options.

In iiNet’s statement, the company said a terabyte of data would allow customers to watch the equivalent of more than 8,000 half-hour episodes of streaming television per month. “Alternatively, customers could stream the ABC’s new 24 hour news channel, ABC24, continually for the entire month and still have more than half their quota remaining for other uses,” said iiNet.

Orenstein has broadband at home with a quota of around 60GB — and the most he would use each month, even downloading online movies and so on, would be about 40GB, he said.

The only sort of customer who would use that amount of data, he said, would be someone who was “super-nerdy” — or maybe a teenager who had a lot of free time to watch TV. From his perspective the announcement was more of a public relations initiative from iiNet.

However, Orenstein noted fibre to the home services might change the game as they are eventually rolled out around Australia — especially as the popularity of internet television (IPTV) ramps up. “That would allow people to download a lot more,” he said.

Some customers have already pledged to sign up to the service, however. Public servant and Delimiter contributor Darryl Adams said he had recently spent a few days with his internet speeds shaped after he downloaded five Linux distributions.

“I have been looking at TPG plans, but not seriously, for all their faults, iiNet regularly up my quota and is a stable ISP,” he said. “The 1TB cap is a very pleasant surprise, and I will definitely use this service.”