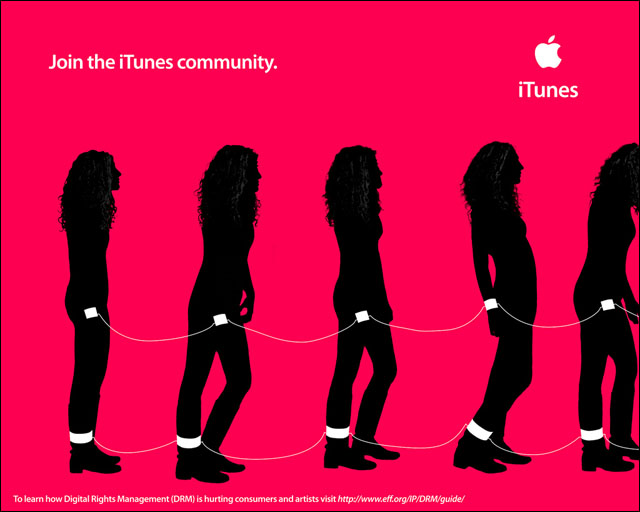 opinion At the heart of the fraught court battle between video gaming giant Sony and a clutch of tiny Australian technology retailers kicked off in Melbourne this month is a simple disparity between the philosophical way in which each views the PlayStation 3 console.

The retailers view the device — of which Sony has sold almost a million in Australia — more or less the same way most consumers view most things they purchase: As an item which they own by virtue of forking out some dosh.

It’s a simplistic view of things that dates back millennia: If you exchange something of value for something else, you have the right to control what you bought. If you bought a loaf of bread, you may eat it plain, use it as an ingredient for a tomato and cheese sandwich, or sell it to someone else for a profit.

If you bought a car, you may drive it wherever you want, and at what speed you want, as long as you don’t drive too fast or crash it. You may take the car apart and reconstruct it so that it functions more efficiently. You may even, if you are rich enough and crazy enough, crush the car into a small cube of metal and have it dumped at the bottom of the ocean. It’s your car — you can do that.

But in the complex world of digital rights management and content licensing arrangements that rules Australia’s entertainment sector – and that of every other first world country – this view is so naïve that it borders on the ridiculous.

In short, it’s considered a view that a child might hold.

Sony views its PlayStation 3 device much the same way that the owner of a newspaper views a printing press, or the paper on which its ink is printed on. In short, the PlayStation 3 is not a device which a consumer may own. It is a platform through which consumers may view and interact with pieces of content that Sony deems worthy to enter into its domain.

Sony’s PlayStation 3, for the Japanese company, is the equivalent of a television broadcasting station. And just like consumers cannot control what is broadcast over the air into their home, so Sony does not believe they should be able to control their PlayStation 3. Sony’s intention is that consumers should merely choose between which channel full of predetermined content they interact with through its platform.

Now if we were to take a wider view of the entire telecommunications and media industry, there is no doubt which of these two views is gaining sway.

Sony’s legal case to stop a handful of tiny Australian retailers distributing a device – known as a ‘mod chip’ – which would allow consumers a much higher level of control of the PlayStation 3 hardware is only one example of the dominance which this approach is gaining.

Nintendo, for example, pursued a very similar court case in Australia earlier this year. Although that case was settled out of court and no precedent was set as to the legality of hacking a video game console in Australia, effectively Nintendo won the case by virtue of its legal muscle, imposing crippling fines on its target.

The phenomenon is also making its presence felt in the mobile phone industry. Mobile phones have never really been open platforms — mainly because they developed as single use utility items rather than multi-function computing devices. However, over the past few years – especially since the introduction of Apple’s iPhone – mobile phones have become multi-function computing devices with similar functionality to personal computers.

However, manufacturers such as Apple have not taken the opportunity to open their devices up to the kind of unlimited uses that users are accustomed to on their PC. Instead, Apple strictly limits the type of software that users can run on its devices, even going to lengths to exclude certain types of software (such as Adobe’s Flash platform) of which it technically disapproves.

And it’s not just tightly controlled companies such as Sony, Nintendo, Apple and Microsoft (hello, Xbox Live) that are pursuing this kind of behaviour.

Even consumer-friendly companies such as Google, iiNet and Internode are also doing so.

Google continues to draw the ire of Australian software developers because it does not allow them to sell their applications through its Android mobile application store for a price. To do so, they must ludicrously register a US-based account and pretend that they are based overseas.

The manufacturers of Android-based mobile phone handsets continue to refuse to simply allow consumers to upgrade their operating system when Google releases a new version of it — behaviour that Google, if it may not explicitly approve of, certainly does very little to stop.

Heaven help any PC manufacturer which tried to stop its customers from upgrading to the latest version of Windows or Linux when the new software was out. But somehow, the likes of HTC, Samsung, Sony Ericsson and other handset manufacturers have found a million excuses over the past six months for why Australians can’t simply download and install Android 2.2 (Froyo) on their devices.

Even ISPs like iiNet and Internode – companies which have historically been strong supporters of consumers in Australia – have signed on to the exact same platform control regime that Sony, Nintendo and Microsoft espouse with their implementation of the fetchtv internet video platform.

A decade ago in Australia, it was a normal event for someone to record a television show onto a VHS tape, and then take that tape to their friend’s house to watch together the next day. That content portability – which was always on the grey areas of the law — has been completely removed with the incoming generation of internet television (IPTV) devices.

There is an insidious open secret about this ‘control’ approach that corporations are increasingly taking in Australia and other developed markets.

Its nature as a highly profitable approach mediates against those – such as the three retailers who last week had their brief day in court against Sony – who wish to question or defeat it.

As Berrigan Doube director and lawyer John Cheng – who represented the target of Nintendo’s litigation earlier this year – said last week, the extraordinary resources which gaming giants such as Sony can bring to bear against those who seek to break the content protections on its console will defeat most of those who try.

And yet, like the kind of ‘mind virus’ that Leonardo DiCaprio spent so much time attempting to implant into corporate heir Robert Fischer’s subconscious in Inception, the idea that consumers should be able to do whatever they want with products they have paid for simply refuses to leave the Australian psyche.

There is something objectionable about the idea that Sony, Nintendo, Apple, or anyone else, should be able to charge us great sums of money for products that they maintain a great deal of control over. It offends the rebellious Australian spirit at an emotional level.

Subconsciously, many Australians cannot help but see cases such as last week’s struggle between Sony and OzModChips and its brethren as a kind of David and Goliath struggle for freedom.

It’s the same reaon that Neo’s struggle against the dominant machines in the Matrix resonated so deeply with so many cinema-goers – because they recognized the parallels with their everyday lives. Just like humans in the Matrix remain plugged into a virtual reality construct designed to keep them docile for their entire lives, so the likes of Sony would like the innards of its magical black box to remain hidden from the prying eyes of those who would discover its secrets.

In Sony’s ideal universe, no mod chip engineer would ever unscrew the PlayStation 3 to discover what makes it tick – Australians would simply consume its content and be quiet.

Right now, as Berrigan Doube’s Cheng pointed out, the legal situation regarding mod chip devices in Australia is unclear, and is likely to remain so for some time, due to the chilling effect of Sony’s overwhelming wealth.

However, there is absolutely no doubt, that every time a large technology company attempts to control the way in which consumers use its devices, eventually someone will come along to challenge that control. It will be challenged because it is a block in the way of a consumer, somewhere — using a device they have purchased for a purpose which the manufacturer did not intend.

It may be that that purpose is illegal. But we do not sell blunted axes in hardware stores to stop them being used to commit murder. It is the act of committing a crime that should be punished by society — not the act of insisting that technology be flexible enough to do so.

History shows us that such challenges will initially fail, time and time again. But what it also shows us, is that eventually the consumer will get their way and regain the control that they want. The only question is, how long will it take — and how much money will corporations make from the control ideology until then.