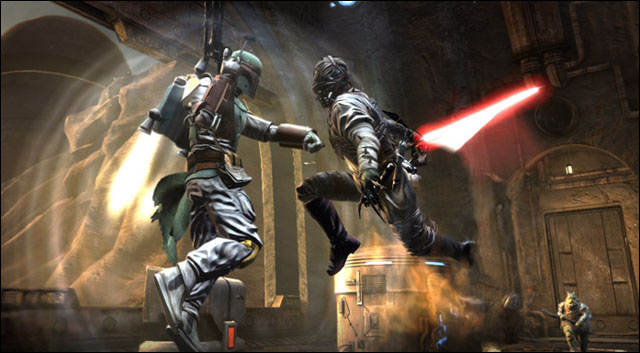 Local video game studio Krome this morning confirmed staff at its Melbourne, Adelaide and Brisbane studios have been issued a notice, with the fate of studios and staff to be decided at the conclusion.

Krome is well-known for handling some top-shelf games popular globally — including Star Wars: The Force Unleashed (pictured) for the Wii and Sony’s PlayStation 2 and PlayStation portable platforms.

“As we have seen by other recent announcements, the game industry is still going through some economic challenges which Krome is not immune from,” a company spokesperson said this morning. “These times are challenging and as a result, although it greatly disappoints us to do this, we have put some of our staff on notice pending the outcome of a number of upcoming projects. Of course, we are looking to other new opportunities in the future.”

“It is important to note that this action has not affected the development of our current projects, both announced and unannounced, which we are continuing to work on. Additionally, Krome remains firmly committed to the future of all three studios.”

The Star Wars: The Clone Wars developer could not comment on the exact number of staff affected.

The reports of the Australian game developer made nation wide staff cuts cropped up early yesterday afternoon. The first story was from Tsumea — that the twitterverse was a buzz from ex-Krome employees with unconfirmed information that Kromes Adelaide studio has shut down with further reductions made across the other studios.

It is common for studios to go through reductions and highs. Big Ant studios are currently hiring more staff so some employees can take on work with its Melbourne studio.

“I do hope that the wider audience understand that it is a very tough climate for console games development globally, there are just not as many games being made, nor purchased,” said Big Ant chief executive Ross Symons, commenting on the general industry situation this morning.

“This is made particularly more difficult in Australia, where local conditions have caused an extraordinary increase in the value of our currency while at the same time external governments are creating an uneven playing field by ‘stimulating’ their local developers with generous support packages and tax breaks.”

Krome studios recently made a beta move on the Facebook social game platform with its hit Ty the Tasmanian Tiger series and is close to releasing the Blade Kitten game on XBox 360 and PS3 this September.

Other Krome titles include the classic Spyro franchise and Star Wars: The Clone Wars — Republic Heros. Krome was founded in 1999 by Steve Stamadiadis and Robert Walsh.