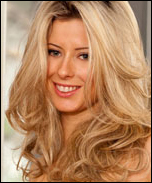 Delimiter is proud to reveal that our first staff journalist (apart from founder Renai LeMay) commenced today in our new offices in Randwick.

Jenna Pitcher (@nanopunk) has entered the world of journalism after an extensive background in digital arts and business management.

Having studied at digital media institutions the Academy of Interactive Entertainment and QANTM College, Pitcher is a digital artist by education and is fluent in programs as Maya, Max and the Adobe Suite. Pitcher is also contributing to the development of an independent Xbox Live Arcade (XNA) game in her spare time.

Since the 80’s, Pitcher has had an obsession for video games — her favourites at the moment being Call Of Duty 4, Assassin’s Creed 2, 50Cent Blood On The Sand, and Team Fortress 2 (she prefers to play engineer or medic, with a slight demoman slant).

This gaming obsession is coupled with a penchant for gadgets and a glut for sci-fi novels. She is a self confessed Android and XBox 360 fangirl, owning several different handhelds, consoles and various gadgetry. LeMay readily admits she could kick his ass at any game he could mention.

When Pitcher isn’t home playing games in her spare time, she can be found pottering in the garden or cheering on her favourite teams: the Roosters; Swannies; and the Warratahs. She is also a wannabe wine and zombie nerd.

All of this makes her the perfect fit to be Delimiter’s first staff journalist. Pitcher will initially be employed for a few days a week, with her role to include writing and researching articles, attending industry soirees, photojournalism and conducting investigative journalism.

Her details are as follows: