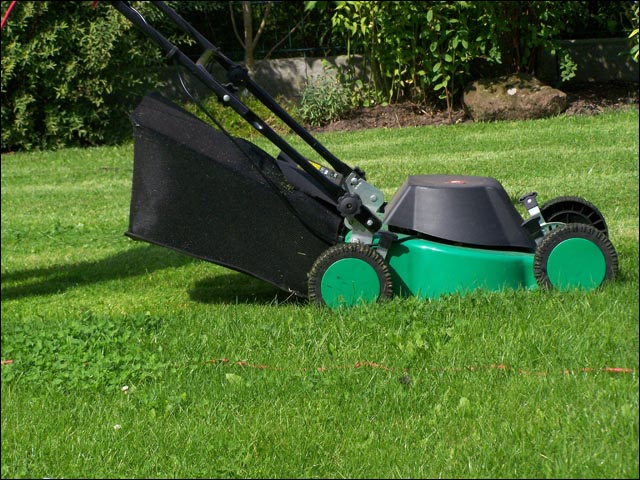 opinion There’s an old saying that I find applies particularly well to the debate over whether Australia needs a fibre to the home National Broadband Network: “The grass is always greener on the other side of the fence”.

Communications Minister Stephen Conroy and Prime Minister Julia Gillard have been at pains to convince Australia during the past few weeks of hard-fought election campaign that Opposition Leader Tony Abbott is aiming to deprive Australia of something that is its natural, god-given right: Fibre internet for every child.

Abbott, Labor has claimed, wants to do more than just hold Australia’s telecommunications development back with the Coalition’s patchwork of telecommunications policies. The Mad Monk actually wants to wantonly take Australian jobs and ship them wholesale to fibre-rich countries like Japan, Korea and Singapore, if you believe the Labor spin.

Even lowly ranked Labor MP wannabes like Townsville’s Tony Mooney are getting in on the act.

“Cutting the NBN would be a devastating blow for communities like Townsville. It would represent lost access to healthcare, lost access to education, lost jobs and lost business opportunities for the future,” Mooney said this week as Gillard turned the soil on NBN construction work while he proudly looked on.

“Leaving Townsville in the digital dark ages, like the LNP’s Ewen Jones would, and preventing future economic growth and jobs is something I cannot stand for. ”

At the core of this attack is the idea that Australia is somehow being left behind.

Without 100Mbps internet to every household, so the argument goes, the Lucky Country won’t be able to compete effectively in business with our Asian neighbours, our children won’t be educated properly, and our elderly folk will be left sitting crying in their homes in pain while they wait for medical aid that will never arrive and rue the Coalition’s decision to block the magical NBN-fuelled videoconferencing that would have solved all their woes.

There is indeed some merit to the Labor ideal.

Yes, Labor’s NBN-based telecommunications policy is an attractive one. It’s a bit, fat solid plank of policy that is easy for the electorate to understand. All Australians really need to know about the NBN is that it will result in a much faster internet connection hitting their house over the next few years.

However, it has become apparent over the past several weeks that — like any flashy, big bang-style policy, the NBN is overblown and Labor has pinned all of its hopes on it.

Sure, a universal fibre rollout will have far-reaching subtle implications for Australia’s economy. But Labor has tied so many ribbons onto the NBN’s mane that it’s starting to look a little tattered.

E-health and telemedicine. Educational outcomes. Jobs. Industry development. Nation-building infrastructure comparable to the Snowy Mountain Hydro Scheme. Restructuring the telecommunications industry. Reining in Telstra. Providing better services to communities. And even — if the Greens had their way — better access to core government services.

The fact of the matter is that Australia won’t suddenly become a haven for innovative digital media companies and technology startups just because we have fibre running down every street.

That sort of massive industry change requires a raft of other changes – principally, massive government tax incentives for venture capitalists and startups to set up shop here and continue to base their operations locally as they grow.

It requires a much more highly educated workforce focused on technology – and a much bigger one at that. There is a slab of technology development work that is shipped off from Australia’s banks to India at the moment, for example – because it’s hard to get enough qualified staff in Australia, even if you can pay for them at the right price.

The medical and education benefits touted by the NBN are also a bunch of donkey twaddle.

Even middle-aged Australians and grandparents already video chat with their children and grandchildren on working holidays in the UK these days. The technology already exists – and it would cost nothing for doctors and patients to start using it on Australia’s existing broadband connections.

The technology is called “Skype”.

Any teacher will tell you that the best form of education for an Australian schoolchild is not to plug them into a computer and demand that they learn. The best education is to put that child in front of a real, qualified and experienced teacher.

And this is where David Braue’s argument that the Coalition secretly envies Labor its shiny broadband policy begins to fall down.

Labor is certainly envious of countries like Japan, Singapore and Korea, where fibre runs like water. But the Coalition, in turn, is not eyeing off Labor’s big bang NBN policy with covetous glances.

Instead, Abbott is likely looking at Conroy’s NBN antics and realising what most of the rest of Australia does — that real health, education and industry outcomes are to be had for the picking if the Government invests actual money in hospitals, GP clinics, schools, universities and industry incentive schemes.

In addition, he knows that if Labor starts to experience problems with the NBN rollout, it will give the Coalition a massive stick to beat it with on a whole host of other areas — all the ones that it has been campaigning on: E-health, education, industry development, jobs and so on.

In the end game, politically and economically, the NBN is a nice thing to have. But it’s not an essential thing. And that’s the other thing about the problem of the grass always being greener on the other side of the fence.

Usually, in reality — it’s an illusion.