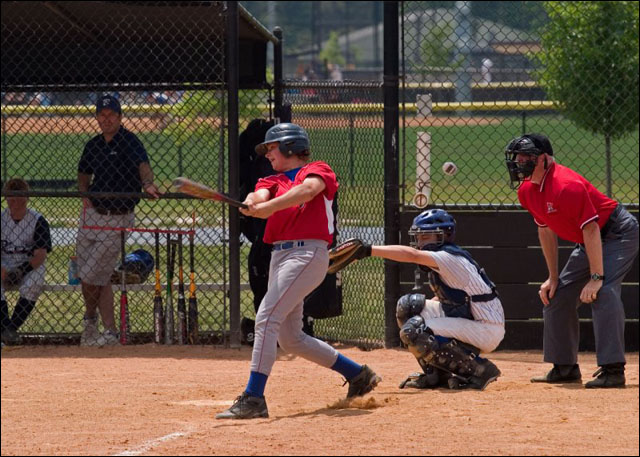 opinion The question that Tony Abbott is asking the nation to ask itself this election is: Does the Australian Labor Party deserve a second chance at governing, wits its first term marred by a series of debacles (think insulation, the mining tax and Kevin Rudd’s abrupt exit from the PM’s chair) that have left its credibility in shreds?

When it comes to broadband, the answer is squarely up for debate. Depending on how you count, Labor has already squandered no less than three chances of substantial reform in the telecommunications sector that could lead to a better broadband future for all Australians.

“Three?” I hear you ask. “But I thought there has only been one National Broadband Network policy?”

The truth is, there has been at least two National Broadband Policies — one for the last election in 2007 and one for this election — as well as a third piece of legislation that aimed to restructure the telecommunications sector through the break-up of Telstra. And none of these three Labor initiatives have yet delivered on their promises.

David Braue is right when he says — in the fourth in his epic series of seven rants on election technology policies — that the Coalition’s broadband policy would take years to deliver any real outcomes to Australians.

I agree with his statement that the Coalition’s stated 2016 completion date for its own projects is “hugely optimistic”. We’ve seen no evidence that the Coalition even truly understands the technical nature of what its policy will involve, and quite a bit that it doesn’t and is merely attempting to address problems in the telecommunications sector from a top-level perspective without looking at the details.

Much of the Coalition’s policy is simply a bad joke which deserves to be laughed at.

Recent Labor broadband policy has been based on Conroy’s ambitious plan — unveiled in March 2007 — to build a nationwide fibre to the node network costing $4.7 billion. As I chronicled at the time, Conroy’s plan was designed to break the then-gridlock between rival NBN plans put up by first Telstra (under then-CEO Sol Trujillo) and a coalition of its rivals known as the G9 — including Optus, Macquarie Telecom, iiNet and so on.

In March 2007, Conroy had some pretty harsh words to say about Howard Government’s own broadband initiatives, led by his predecessor Helen Coonan. “The Minister has had two years to resolve this debacle and it has comprehensively failed,” he said. “These failures will have negative economic and social consequences for Australia unless we take action now.”

The only problem is that like many Labor policies (hello, emissions trading scheme), Labor never enacted Conroy’s policy after being elected just six months later.

Instead, after a torturous year-long public tender process that led to a number of organisations wasting millions of dollars on applications and the farcical exit of Telstra — which experts involved later admitted was the only applicant who could have delivered on the Government’s requirements — over a technicality, the scheme was completely canned in April 2009.

The heart of the problem was that Labor planned poorly when putting together the policy in the first place — none of the private sector organisations who responded to its vision were capable of delivering on it.

“Despite whatever spin the Government may put on its vision for a fibre future, the collapse of the initial $4.7 billion tender for a national fibre-to-the-node (FTTN) network represents a big policy failure, one that raises questions about the grasp Conroy has of his portfolio and the competency of his advisers,” wrote telecommunications analyst Kevin Morgan at the time.

So what was Labor’s response to its own failure?

After wasting a year and a half of time and millions of dollars from the public purse, Conroy convinced Prime Minister Kevin Rudd to go for an even bigger scheme — a $43 billion fibre to the home package.

Now there is no doubt — as we have previously opined — that the fledgling NBN Company which has formed from the rubble of Labor’s first botched broadband effort is a good one. It has a capable leader, in the form of Mike Quigley, and has attracted the cream of the telecommunications industry to its ranks. NBN Co does, it must be said, have the potential to deliver on Labor’s NBN vision.

A tiny, tiny amount of fibre has actually been rolled out around Australia in the past two and a half years since Labor won government, and a mere 70 households and a handful of businesses in Tasmania have been connected to the NBN — despite Labor’s glitzy launch of the infrastructure last week.

Construction has only just begun in other locations around the nation.

All of this is despite the fact that NBN Co now employs hundreds of staff, has already spent millions and millions of dollars in contracts, and has almost the entire telecommunications industry agreeing with its vision.

Realistically, it has to be said that a better outcome — at least in the short term — would have come about after the Labor Government’s election if Rudd & Co had simply and immediately enforced the structural separation of Telstra into at least two companies — wholesale and retail. This would have had immediate consequences for the industry.

Firstly, it would have removed the vertical integration inherent to Telstra that almost every telco in Australia has long complained about, avoiding situations such as iiNet and Internode’s current appeal to the ACCC to intervene over recent BigPond pricing changes.

Secondly, it would have given Telstra’s wholesale arm an immediate incentive to invest in its decaying copper network and start to plunge its billions of dollars in free cash flow into fibre infrastructure.

Thirdly, it would have avoided the need for the Federal Government to create an entirely new telco giant from the ground up, spending billions of dollars in the process.

However Labor failed at even this — its legislation to restructure Telstra and introduce additional consumer safeguards never made it into law, courtesy of its pigheaded attempt to withhold the NBN implementation study from the public and its misguided deal with Telstra, which will actually see the Government pay Telstra billions of dollars to sign onto its NBN initiative — just a few scant years after the company was privatised.

The Coalition might not have an entirely workable broadband policy of its own. But Tony Abbott’s camp is right to state that Labor’s NBN is a “dog’s breakfast” and that the Government’s performance in this area is not to be trusted.