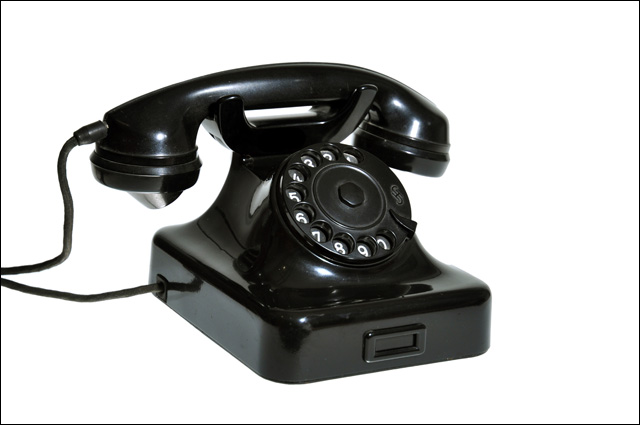 opinion As David Braue notes in the third of his ‘seven sins’ series of rants on election technology policies, Australia’s telecommunications industry has long complained that its problems are legion and insurmountable without radical government intervention.

Problems like the vertical integration of Telstra, the unsustainable cost of providing services to regional Australia, the lack of regulatory certainty being provided by the Government that would facilitate industry investment and even the unbearable cost of dealing with such government regulations as do exist.

This has been the narrative which the industry has dwelt within for many years — and certainly for the past half-decade that I have been a full-time journalist in the space.

I can’t tell you how many press releases I have received over that time from telcos themselves, as well as lobby groups such as the Competitive Carriers’ Coalition (or was it T4 — for ‘Tell the Truth, Telstra‘?) — which have called for the Government to resolve these supposed problems.

If I had a dollar for each one, I would no doubt be able to retire by now to a tropical location, from whose sunny shores I would be able to compose my own press releases complaining about not being on NBN Co’s list of first release sites.

David, like Communications Minister and his happy team of Laborites, lays these problems at the Coalition’s door.

And in fact, he goes even further — claiming that such successes as there have been in the sector have come about despite Coalition telecommunications policy — and not because of it. A heavy claim indeed to level at the conservative side of politics, which prides itself on its economic credentials.

Yet David’s argument conveniently overlooks the massive leaps forward that have been made in Australia’s telecommunications industry over the past decade — from both a consumer and industry perspective. This is a common problem for those who are caught within a self-constructed narrative about any given situation: They are unable to see the wood for the trees.

Firstly, I should hardly need to point out at this point that it was the Coalition under then-Prime Minister John Howard who successfully deregulated the Australian telecommunications sector in July 1997. In fact this was one of the wide-ranging actions the Howard Government took in the several years after its election in 1996.

It was the Coalition’s action some 13 years ago that broke the massively powerful telecommunications duopoly held by Telstra and Optus over the sector throughout the Labor-dominated 1990’s and finally allowed other players into the general telecommunications market.

The effect that this had on the marketplace was dramatic.

Just several years later several dozen new telcos had set up shop in Australia. Five years later the number was pushing past 100 and a seethingly competitive marketplace had been born.

At time, the rapid formation and collapse of high-profile companies like One.Tel and Dingo Blue were seen at the time as disastrous. But with hindsight, it’s easy to see that their struggles were emblematic of any sector which was formerly operated virtually as a government monopoly and is forced to learn how to survive on its own merits.

The speed of change in the sector accelerated throughout the early to mid years of this decade.

Facilitated by the Coalition’s policy of encouraging competition in the telecommunications sector through the partial restraint of former monopolist Telstra, companies like iiNet and Internode began rolling out their own broadband infrastructure in the form of ADSL multiplexer hardware in Telstra’s telephone exchanges from about 2003.

By the end of 2004, iiNet was able to trumpet (PDF) to its customers that it had deployed its own infrastructure into 36 exchanges across Australia and was on track to hit 100 in total in short order.

“The market for broadband service provision is extremely competitive,” said iiNet chairman Peter Harley at the time (PDF), “… iiNet’s ability to effectively compete in the broadband market will be enhanced as it reduces the cost of providing these services through the deployment of its own DSLAM network.”

The speed of change continued to accelerate in the sector as competition burgeoned under the minimalist Coalition hand.

In February 2005 ADSL speeds were boosted to reach a potential of 8Mbps — as again, rival competitive ISPs in the market took Telstra’s artificial limits off DSL broadband. By the end of 2005 iiNet had enabled 200 telephone exchanges for ADSL2+, with speeds increasing again — this time up to 24Mbps.

The pace of change was also increasing in the mobile sector — the deregulation of the market had seen telcos like Hutchison enter and pledge full 3G services while Telstra and Optus were still focused on 2G plays. Vodafone also entered and started waging a price war against the big guns.

By 2005, Telstra was forced to respond by throwing down a billion dollars on its flagship Next G network. And all of the other major players around that time had also announced major mobile network investments worth billions of dollars in total.

If you believe David’s argument, all of these wins took place despite the Coalition’s policies. And yet in the grand scheme of things, it’s easy to see that it was the 1997 deregulation and the gradual but continually increasing restraints on Telstra — yes, often with the aid of its rivals, working with government authorities such as the ACCC — which led to real outcomes for consumers.

The Coalition’s record on telecommunications since 2006 has not been as strong. Since that time, the development of fixed broadband in Australia has stagnated, and the Coalition has broadly underestimated the public demand for next-generation fibre to be rolled out around Australia. But we’ll examine that period in a later commentary.

In the meantime, the point currently being made by Tony Abbott, Malcolm Turnbull, Andrew Robb, Tony Smith and others still stands.

Many telcos and industry pundits don’t like to admit it, but if you examine the past 15 years of history in Australia’s telecommunciations sector, you will find a stark picture: Faster speeds, billions of dollars spent on successful infrastructure, a strong degree of competition and better consumer outcomes.

And that’s something to be proud of.