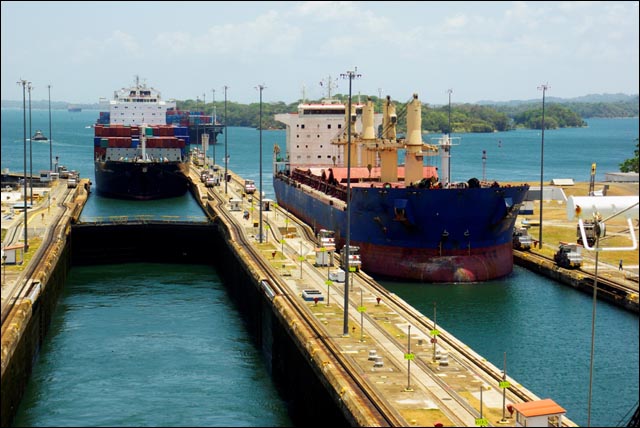 Australian company Aconex this week announced a deal that has the potential to put it squarely on the global stage in its role as a provider of software as a service-based project collaboration solutions to the construction and engineering sectors.

The deal of undisclosed value will see Aconex provide software for the Panama Canal Expansion — a massive expansion project worth $3.2 billion in total. The Panama Canal expansion involves the construction of two new sets of locks which will be 40 percent longer and 60 percent wider than the original locks constructed 100 years ago. Once the project is completed — its expected due date is 2025 — the facility’s shipping capacity will have doubled.

Speaking today, Aconex chief executive Leigh Jasper said the project would see his company used by the hundreds of organisations that will work on the Third Set of Locks project.

“One of the things we are most excited about is the international involvement,” he said. The Expansion project team and the design consortium consists of participants from the US, Argentina, Italy, Spain, Belgium and the Netherlands.

He explained that documentation and correspondence was why a collaboration system is necessary for a project such as this. Documents produced by an engineer — or other participants involved in the project — have to be reviewed by other participants. The process and workflow surrounding the document means it can morph through many versions, so in the end there will be projects that have two million documents.

Even smallish projects with hundreds of participants can eventually wind up with hundreds of thousands of documents. “With the size of the Panama Canal I expect it to be up to millions or to tens of millions of documents,” said Jasper. “So this is our biggest project in terms of documentation,” Jasper explained. He estimated up to 20 million documents will be involved in the project.

Even with so many nationalities involved in the expansion, language is not a concern for Aconex. Its system has multiple languages — for instance Spanish, Italian, French, Chinese and Japanese are all supported.

The company has offices and personnel located in the regions where projects are based — “So we have the local language capability right across our business globally,” said Jasper. “We always have global support on our projects.”

Aconex has expanded over the years globally and now has a total of 37 offices — in Asia, Europe, Africa, Middle East and the Americas. It has large projects in the pipeline around the world but also many other projects underway across Australia.

A team of ten will head up the Panama collaboration project but Jasper mentioned that all of the company is involved in some way or another. Jasper reaffirmed that 99 percent of human talent used by Aconex on projects consists of Aconex employees and not contractors brought on to work on projects.

“In the past we have had a lot people who disagree on something — one of the engineers will decide to do it his way and a lot of people can’t find the document when they search for it, if documents aren’t in the right spot. And that will cause problems.”

“There is always one person who doesn’t want to change,” the CEO explained “They go from doing hard copy to an automated way which is far more efficient. There is always someone who says: ‘I want to do it the old way’.”

The CEO said Aconex has projects it is still are supporting 10 years on, which its client base sees as a positive.

Jasper spends a lot of time in the US and hopes to check out the Panama project for himself. Having a mechanical engineering background, projects like the Panama canal project make him very excited.

Aconex online project management system will involve a range of software services and applications such as Microsoft Sharepoint and Oracle’s Primavera Contract Management with full training provided to those who will use the system.

Aconex has posted a video where Jasper discusses the Panama Canal deal: