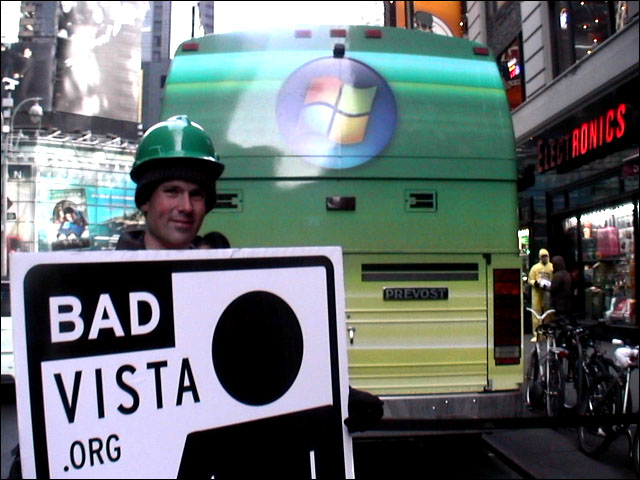 opinion When I was reading through a large request for tender document issued last week by the Federal Department of Finance and Deregulation, I found a couple of items that made no sense and still don’t.

The document itself dealt with plans to upgrade the department’s network infrastructure to remedy single points of failure in its existing infrastructure — as well as planning for the likely deployment of an IP telephony platform. It was all standard stuff for a large government department in 2010, and I didn’t give it a second thought.

But then when I got to page 21 I found something interesting.

As is often the case in RFT documents, the department had listed its core applications and technology platforms so that bidders for its contract could get an idea of what its internal IT systems looked like. Most of it was standard stuff — Windows Server 2003 and 2008, EMC, Symantec, Citrix Xenapp and so on. Par for the course.

But what really caught my eye was the listing that Finance’s desktop fleet was based on a Windows Vista (Service Pack 2) standard operating environment.

Now for a government department to be running Vista is itself an oddity. Almost all of Australia’s public and private sector skipped Vista. Despite Microsoft’s claim that the operating system sold well, in actual fact it was broadly ignored by Australian corporates. One of the only organisations known to have upgraded to Vista is the Australian Customs and Border Protection Service.

When I contacted the department to find out more, I received an even more curious answer.

“Finance deployed its Vista standard operating environment (SOE) to 1,870 PCs and laptops commencing in September 2009,” said a Finance spokesperson. They added that the desktop SOE had been redeveloped to meet business requirements — with Vista being “able to meet the current business needs”.

There’s just one problem with this apparently rosy picture.

A month before September 2009 in August, Microsoft had already released Windows 7 to MSDN and Technet subscribers. And the Release to Manufacturing (RTM) build of Windows 7 was issued in late July. In late October, Windows 7 was released to the general public.

After Vista was released, I and a number of other journalists spent quite a bit of time determining that very few large organisations would upgrade to the platform, as it did not present significant business advantages over XP.

But as I and others noted as early as January 2009 when the beta of Windows 7 came out, Microsoft’s newest operating system addressed most of Vista’s weaknesses and was destined to be one of Redmond’s greatest. It was also clear that — as several early adopters have since chronicled — Windows 7 would bring significant enhancements to Microsoft’s desktop deployment capabilities that would allow large organisations to easily roll out the software en-masse.

But Finance appears to have ignored a fact that many other organisations realised — it just wasn’t worth deploying Vista, with a much-improved Windows 7 just around the corner.

It remains unclear whether Finance will eventually upgrade to Windows 7. “Finance redeveloped its SOE to meet business requirements. Vista was able to meet the current business needs. Any future move to Windows 7 or some other platform will be decided on a value for money basis, taking government procurement policy into account,” the department’s spokesman said.

There is also another troubling fact revealed in Finance’s network tender. The document revealed that the department in total kept some 388 servers — 214 being physical and 174 virtualised, with more than half being located in its production environment in the John Gorton Building in Canberra.

But again, one little detail caught my eye. Just 32 of those servers run any form of Unix — with the remaining 356 being based on Windows.

When asked about the disparity, the department spokesperson said Finance selected its server solutions “on a value for money basis”, emphasising it was a “business decision”. “That is why the fleet combines both Windows and Unix,” they said.

The only problem with this statement is that it’s hard to see — unless you are really a Microsoft fanboy — where Windows would cost *less* than one of the Unix variants, particularly the open source Linux platform. My experience has been that using Microsoft software is often more convenient than using Unix alternatives, and often there is more of a partner support eco-system. But cheaper? Not really. Usually it costs more to go with Redmond.

It’s also hard to imagine, no matter how you try, how a major department like Finance could almost completely ignore Unix in favour of Windows. Is Microsoft’s software really that much better than the Unix rivals? So much better that it should have a ten to one ratio in the datacentre? I don’t think so.

As the Uniting Church in Melbourne found when it migrated to Windows 7, having a consolidated Microsoft back-end like Finance does, really aids the Windows 7 upgrade, with the desktop and the back-end combining in a wonderful synergy.

So why, if Finance is such a strong Microsoft shop, didn’t it plan ahead for Windows 7?

What makes the question especially troubling is that although Finance currently doesn’t appear to have a chief information officer, it’s not exactly bereft of senior IT strategy advice — within its ranks is housed the Australian Government Information Management Office, which coordinates IT strategy across the entire Federal Government.

I would have imagined that — given AGIMO only recently negotiated a whole of government contract with Microsoft — that the group would have paid a closer eye to what was going on on its own desktops. Does this desktop SOE mean that AGIMO itself is running Windows Vista?

If I was one of the Department of Finance’s several thousand staff right now, I would feel ripped off. In late last year the department obviously had a perfect business case to migrate to Windows 7. Instead they chose Vista — an operating system that only one month after it deployed it, would be woefully out of date.

With no Windows 7 migration on the horizon, who knows how long the poor Finance staff will be lumped with Microsoft’s unloved, immature and ignored Vista dog — while all around them, Government staff in other departments will be migrating upwards.