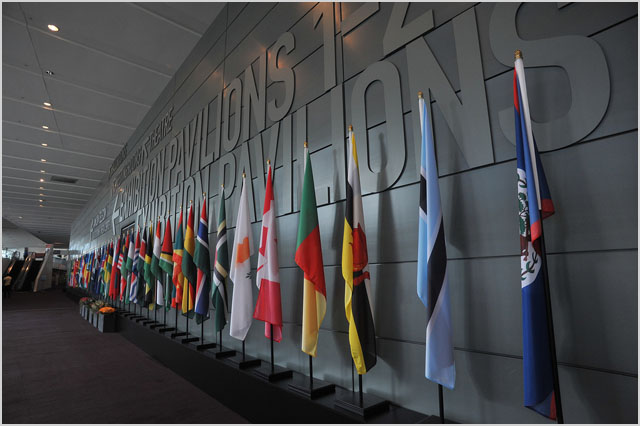 news The IT services company which provided the technology infrastructure behind last week’s Commonwealth Heads of Government Meeting in Perth has revealed most of the desktop PCs supplied for the session were running Microsoft’s poorly received legacy platform Windows Vista.

CHOGM 2011 was held in Perth last week, with thousands of staff from 54 countries converging on the city for the event opened by Queen Elizabeth II.

In a statement released this week, Perth-headquartered Australian IT services firm ASG Group revealed it had provided some 300 desktop PCs and laptops to support the event, alongside over 230 telephone handsets and phone lines, Internet access via nearly 500 access points, printing and faxing facilities and event management systems.

ASG, which also provided IT support for the Federal Government’s Department of the Prime Minister and Cabinet, also provided extended access to the PM&C network through Citrix’ remote access tools. “The deployment was achieved with modifications to existing infrastructure, rather than developing completely new delivery and support models,” the company said.

The company responded to further questions on the matter by noting that the telephone systems were Avaya-branded, running on the same network infrastructure that ASG set up at the Perth Convention and Exhibition Centre. Wi-Fi access was also provided. However, not all of the CHOGM infrastructure was as modern.

“[The] operating system was mainly Vista and some Windows 7,” ASG’s statement said, “(primarily for the Verbatim writers who recorded the transcripts of all the meetings)”. And the office suite used was Office 2007 — not Microsoft’s latest Office 2010 offering. The desktop machines were Dell models. Questioned about the software, ASG said the build for the CHOGM machines was based on the current standard operating environment used by the Department of Prime Minister and Cabinet.

It’s not clear to what extent PMC was part of the rollout, but the Federal Department of Parliamentary Services — which provides IT services to the nation’s federal politicians, their staff and employees of the parliament itself — revealed in December 2010, more than a year after Windows 7 was released, that it was “partway” through upgrading its approximately 3,900 workstations from Windows XP to Vista Service Pack 1.

Windows Vista was broadly ignored by all but a few large Australian organisations, with most choosing to keep running the long-lived Windows XP platform instead of upgrading to an operating system which had suffered a problematic development cycle. A number of features promised for Vista didn’t make it into the end release, and reviewers pinioned Microsoft for stability and driver problems in the platform.

However there have been several notable installations of Vista in the Federal Government. The Australian Customs and Border Protection Service, for example, became one of the first organisations in Australia known to have deployed Vista in its 2007 rollout to some 5,500 machines, upgrading from Windows 2000 at the time. In early 2009 the agency stipulated it had no plans to upgrade to Windows 7.

And the Department of Finance and Deregulation, which houses the Federal Government’s peak IT agency, the Australian Government Information Management Office, deployed Windows Vista Service Pack 2 to its 1,870 desktop PCs and laptops in late 2009, as Windows 7 itself was released. Other agencies, however, decided to wait for Windows 7.

opinion/analysis
The Federal Government’s continuing interest in Windows Vista continues to surprise me greatly, but you can see why this approach was taken with CHOGM. Extending PMC’s desktop SOE makes sense. Of course, on the other hand, those of us who have used Vista and then later upgraded to Windows 7 will agree that there is a world of difference between the two.