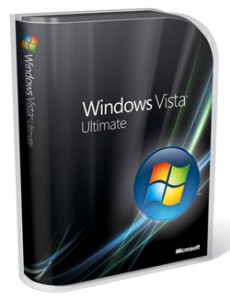 Windows 7 has been available for purchase in Australia since October last year. But has Microsoft’s previous operating system, Windows Vista, passed away yet? Not quite.

Many Australian technology retailers are still offering copies of Vista for sale and are starting to heavily discount the software to get rid of their final stock.

“We’ve still got one copy of Vista Ultimate in stock,” said the manager of popular online retailer AusPCMarket, who preferred to be named for this article by his first name, Michael. The copy of Vista is listed on the site for $209.

Michael added his company’s suppliers no longer stocked copies of Vista, and he had discounted the remaining unit he had in order to get rid of it.

Fellow retailer Scorpion Technology currently has a range of Vista copies on sale, typically marked as being on special. For example, you can currently pick up a copy of Vista Ultimate x64 (with Service Pack 1) for $149, down from $199. A Vista Home Basic upgrade pack costs just $79.

However, many more mainstream retailers have stopped stocking Vista at all. Harvey Norman is currently only selling copies of Windows 7 through its online store, as is Dick Smith.

Vista was not adopted as widely as its predecessor Windows XP, which some consumers and many large organisations continue to prefer as their desktop operating system of choice, despite the subsequent releases of Windows Vista and 7.

It is still possible for consumers to buy copies of Windows XP, although generally they are sold as OEM versions, with online retailers labelling them suitable for system builders.

Windows 7 in particular has received a favourable reception amongst reviewers. AusPCMarket’s Michael couldn’t disclose numbers in terms of how well the operating system has been selling through his store, but said it “sells alright”.

A number of large organisations — such as Centrelink and the Queensland Government — have already flagged their intention to migrate to Windows 7. Locally, Microsoft has not released sales figures for the software since its launch late last year, but globally Redmond has described the level of demand as “exceptional”.