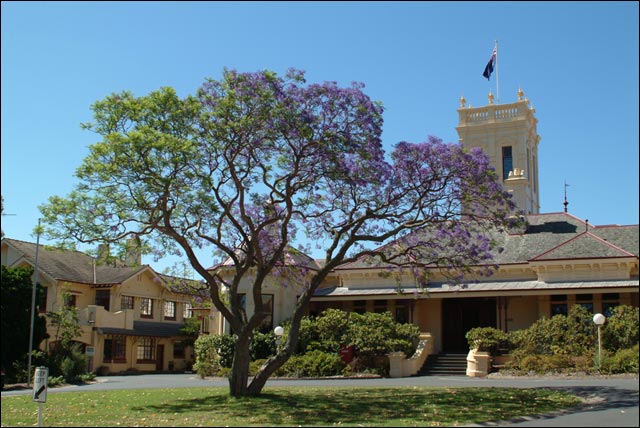 The migration represents one of the first in what is expected to be a large wave of desktop rollouts across Australia of what analyst firm Gartner has described as a Microsoft operating system that organisations cannot afford to “skip” as they broadly did with Vista. St Leonard’s rolled out Windows 7 to about 1,100 machines in a deployment that would affect some 2,000 students.

The college’s information services officer — network, James Bannan, said in an interview this week that the stimulus to migrate the college’s desktops from their previous Windows XP platform was the need to make a choice about the way forward for its server infrastructure, which was previously based on Novell Netware.

Bannan said Novell was no longer continuing to develop the platform. Although St Leonard’s did examine the case for migrating to Novell’s replacement Linux-based offerings, he said unfortunately “it’s a fairly inaccessible technology”, due to a lack of support from local partners and supporting materials.

The college hadn’t previously moved to Vista because of the back end. “The reason we didn’t deploy Vista was not because of any concerns with the operating system, but our back end was not quite ready to cater for it,” said Bannan.

A further stimulus was the fact that the college had a substantial rollout of 600 new desktops and laptops scheduled for the end of 2009. “It was probably going to take as much work to bring in those 600 to the existing structure as to roll out a new one,” said Bannan.

The server rollout went ahead of the desktop migration, as Bannan said it allowed the college to use Microsoft’s deployment tools. The college already had a small number of servers running Windows Server 2000 and 2003 handling some core applications running on SQL Server.

When the release candidate of Server 2008 R2 came out, the college implemented that version in its infrastructure, upgrading to the release to manufacuring version as it came out around May 2009. Several months later, it had also brought its Active Directory identity management system up to speed.

The physical rollout of the desktop machines started in December 2009 and finished in mid-February, with the college’s IT team taking advantage of the long Christmas break enjoyed by schools and their students. “We got back to work on January 4,” Bannan remembered.

Lessons
In general, Bannan (pictured) said the rollout went ahead without many hiccups. The school didn’t bring in any outside contractors and completed the upgrade with minimal financial spend. “All the technical information that we needed was available either through TechNet or through the community or through our own internal [expertise],” said Bannan.

The IT manager said Microsoft had done a really good job with its latest suite of products — both Windows 7, but also with its back-office bundle of Server, SQL Server, IIS, Exchange, Active Directory and so on. “It’s bulletproof,” he said, noting he was particularly impressed with the new integration between the various server products.

“They’ve actually achieved this relationship between the client and server side and are doing a good job of bringing all the other back-end products into play as well. What we’re seeing now is a tighter integration across the back end. That is wonderful.” 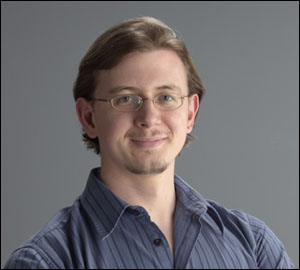 That sort of integration, Bannan said, was great for environments like St Leonard’s as it allowed the college’s IT team to manage most of their infrastructure through one vendor and thus saving on licensing costs and management overhead time.

“You see this benefit in environments like ours where you have a very small technical team compared to the size of the infrastructure,” he said. The one problem, Bannan said, was not that not enough IT professionals knew about the high degree of integration between Microsoft products.

“That’s a problem that they really need to overcome,” he said, noting the quality of the company’s Hyper-V virtualisation product as a further example.

The biggest problem that St Leonard’s had with its rollout was the need to deploy a number of old educational applications to the new desktops. The college used Microsoft’s System Center Configuration Manager (SCCM) tool to deploy Windows 7 and the software, and Bannan said its core applications deployed fine or could be easily virtualised.

However, he said, there were a number of smaller curriculum applications that couldn’t be deployed or weren’t compatible with the new infrastructure. Obtaining signed third-party drivers around devices like printers was also a problem — St Leonards actually ended up using a Verisign tool to certify drivers itself.

“That worked well,” said Bannan, noting the available documentation and availability of tools from Microsoft was “excellent”.

The college found viable alternatives for a number of the legacy applications — sometimes from the open source world. Bannan said there are “a number of very, very good cross-platform educational applications.

“We went back to the business and said ‘It’s probably time to find an alternative’,” he said. “Fortunately the business has been pretty comfortable with upgrading software.” However St Leonards is still looking at what to do about some problematic software — “probably some sort of application packaging,” said Bannan.

The rollout also had the side benefit that the IT team discovered there were some applications that nobody was using at all any more.

Bannan said he would have liked to have had more time to do application testing. “When you consider how much we could have spent on the project and didn’t spend on the project, you couldn’t be too upset,” he said. “There is always a price to pay somewhere and that was it.”

During the rollout, St Leonards had actually planned to be able to roll back to Windows XP and Netware as a “seriously last-ditch” fall-back option if the Windows 7 rollout went disastrously wrong.

However, Bannan said it went better than expected. The college’s standard operating environment isn’t quite the vanilla Windows 7 install, but Bannan said it has proved to be “pretty bulletproof” anyway.

In one example, the IT team actually rolled out the desktop version of the SOE to a bunch of laptops accidentally — and didn’t notice for a while because the operating system handled the mistake with only a few small hiccups such as a lack of Bluetooth drivers.

Similarly, St Leonards found that it was able to easily deploy and run Windows 7 on hardware that was one or two years old, rather than being brand new. “It has worked perfectly,” he said. “Actually when you think about it, it’s the first operating system created which needs fewer resources than its predecessor.”

Bannan said St Leonard’s IT team had been expecting a spike in calls to the helpdesk when staff and students came back from holidays to find their shiny new but probably slightly alien Windows 7 desktops. “But actually support calls went down,” he said.

The users responded well to the change, he said, noting he had expected the new technology to confuse people. Support calls went back up, however, once users realised they couldn’t access certain applications.

Ultimately it appears as if proper consideration of St Leonard’s back-end server infrastructure and its integration with the client (which after all, is part of Microsoft’s enterprise IT vision) was one of the keys to the college’s rollout success — and a fact that bodes well for other organisations looking to conduct a Microsoft upgrade to the Windows 7 platform soon.

“It’s gone much better than anyone expected. A lot of things that we haven’t had to worry about,” said Bannan.