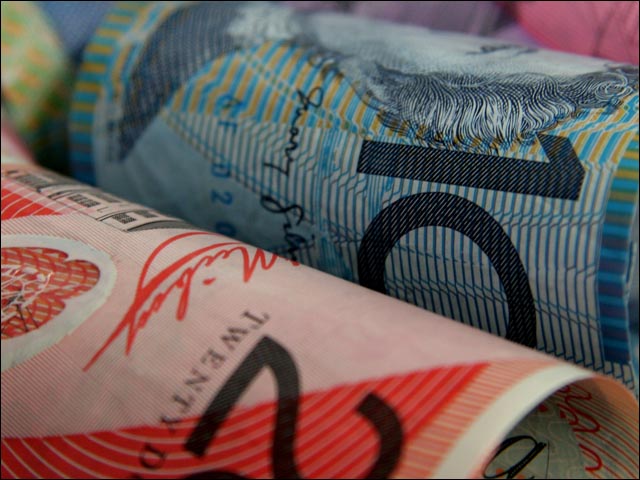 opinion Like any competitive industry, Australia’s broadband market has been characterised by a certain predictable dynamic for some time now.

First, customers become frustrated by the inflexibility of giant telcos like Telstra and Optus. Then, smaller and more nimble players such as iiNet and Internode move in, delivering innovation and slicing off customers from the giants’ sides like juicy sirloin steaks dripping with money.

After five years of this dynamic, I thought I could predict the market to a certain extent. But over the past month I have discovered that I was wrong. In this time, both Telstra and iiNet have revealed the details of their plans to launch internet television (IPTV) services into the Australian market.

But there’s something wrong with the picture. This time, it’s not iiNet producing the better product. It’s Telstra. Telstra has broadly matched the level of services offered by its challenger –- for about one third of the cost, and with less conditions.

Let’s start with the price. Both Telstra and iiNet have now revealed the initial pricing on their respective IPTV services which are both due to launch this month. Both are using set-top boxes to deliver their content — Telstra’s device is called the T-Box, while iiNet is badging its service as ‘fetchtv’.

Telstra’s T-Box will retail for a flat, stand-along price of $299 (or the equivalent over two years), with no ongoing monthly cost. Most of the content it provides will be free and will not count towards customers’ broadband download quota, with the exception of pay per view movies on demand and third-party services such as YouTube.

Now obviously we’re not talking about a precise apples to apples comparison here.

However, there are also advantages on Telstra’s side which do much to balance iiNet’s technical edge out. Unlike iiNet, Telstra has not stipulated that customers will only be able to access IPTV if they own a certain ADSL router (iiNet’s BoB device) and only if they are connected to telephone exchanges where iiNet has dark fibre connected.

So that’s the price, now let’s look at the actual IPTV services offered.

In addition, Telstra’s BigPond Movies video on demand service (pay per view) will be available, allowing customers to rent about 1,400 movies and TV shows online from launch, with a further 600 slated to be added by the end of this year.

Most of the major studios – such as Disney, Warner Bros., Sony, Paramount, Village Roadshow, Icon, Umbrella and Hopscotch – are on board. Several other content libraries available to users are BigPond Videos – a free on-demand service similar to YouTube, as well as the popular Google-owned video sharing service itself.

In comparison, iiNet appears to be focusing on bringing international television channels such as CNBC, the National Geographic Channel, BBC World News, MTV and the Discovery Science channel to its service.

It also has a video on demand service, including support from Hollywood Studios, Disney, Warner Bros., MGM and Village Roadshow, but as far as we can work out, its site does not say how many movies are available. And iiNet also offers another service that it calls “video on command”, including TV episodes and documentaries from studios like WarnerTV, as well as some games through its platform.

All in all, assuming iiNet’s video on demand service has the same level of movies that Telstra’s does, we’d be prepared to call the level of video services offered by the pair equal, with Telstra having a much stronger Australian slant and iiNet appearing to focus on bringing international content down under.

The final element in the puzzle is the cost of the broadband itself, which is required to deliver IPTV. Each company has locked customers into only using their own broadband service.

Let’s assume that a new customer with a small family signed up to each telco on a medium-level ADSL2+ monthly plan with a two-year contract and about 50GB of data quota included, with an associated phone line. The minimum cost of such a plan with Telstra – BigPond’s Liberty 50GB – would be $1867.80, according to BigPond’s site. It looks like the additional cost of an ADSL modem would be about another $100.

iiNet’s Naked Home 3 plan has similar specifications (but with an extra 10GB of quota) and would cost $1997.55 over 24 months, including modem rental. It includes the company’s iiTalk internet telephony service.

Overall, we consider that broadband plans from the pair are probably fairly even in price in the mid-range.

So let’s sum up the situation we have arrived at.

iiNet and Telstra are — at the moment — neck and neck when you compare a mid-range ADSL2+ plan for a family situation, and their internet video services will likely (at least initially) provide a fairly even spread of content to customers.

However, there is no getting away from the fact that iiNet’s fetchtv service will — at minimum cost — almost cost its customers almost three times as much as Telstra’s. And that will prove hard for iiNet customers to stomach.

Disclosure: Renai LeMay is a long-time iiNet customer and plans to remain so due to its stellar customer service, ethical stance as a company and commitment to innovation in the broadband market. However he also subscribes to a Telstra Next G mobile broadband service for on-the-road internet access. He currently uses an Optus iPhone.

He is unlikely to purchase either the T-Box or fetchtv products as he is entirely content with his Ubuntu Linux-based media centre.