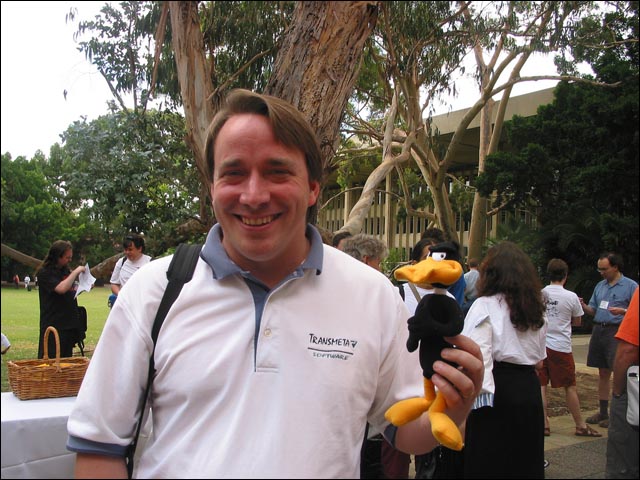 commentary In only a couple of years, millions of Australians will directly be using the open source Linux operating system in their everyday personal and professional lives.

They will be using the operating system to create documents, send emails, browse the web and more. They will use it to watch TV shows and look at photos, listen to music and place phone calls and send text messages. They will come to rely on Linux for much of the daily interaction they have with the internet and with all forms of content.

Eventually, they will come to depend on Linux so much that they will not be able to live without it.

“But wait!” I hear you cry out. “Linux’s desktop market share is not growing, and even the popular Ubuntu Linux distribution is failing to gain traction amongst the mainstream. How can you possibly claim that Linux will become extremely popular in Australia?”

The answer is easy. By and large, the millions of Australians who will shortly rely on Linux will not even know it is there.

I have written previously about the rapid encroachment of the Linux-based Android operating system into the Australian mobile phone market, a phenomenon which, I anticipate, will eventually see dozens of Android handsets flood into Australian hands and pose a strong challenge to other mobile phone vendors such as Apple, Research in Motion and others.

This phenomenon alone will see millions of Australians exposed to Linux.

But yesterday I received a demonstration of another Linux-based device which I believe will have a massive impact on the Australian market: Telstra’s T-Box.

The T-Box is an integrated media centre platform which Telstra plans to start selling in mid-June in Australia for $299 – a paltry price when you consider that the box contains two high definition TV tuners, a 320GB hard disk for recording video, and integration with a bunch of Telstra IPTV channels and its extremely well-populated movies on demand store.

As you can see from this video of the T-Box’s user interface, the device is clearly destined for greatness. Its user interface – unusually for Telstra – is a work of art, slick, smooth and easy to use.

In fact, the user interface – designed, I hear, by Massive – reminds one very much of the Xbox 360 and PlayStation 3 consoles created respectively by Microsoft and Sony – with a dash of Apple thrown in to complete the package.

Now the beautiful thing about the T-Box is that it fulfils the needs that my generation has been crying out for for some time. Generation Y has long wanted a cheap as chips media centre that would be able to easily record digital free to air television as well as providing included access to YouTube and movies on demand that they could easily purchase.

Telstra even has plans to put in place the final planks of the Generation Y equation – the ability for the T-Box to play video from USB storage devices connected to the T-Box – and for the T-Box itself to be able to use an external storage device itself. Think cheap $100 Terabyte hard disks in your loungeroom.

Sure, as Telstra itself pointed out plenty of technically minded people (including myself) have had media centres that can do most of this for years. But taking these sorts of solutions to the masses is the telco’s stated goal for the T-Box.

Yesterday’s demonstration went on for quite some time. But it was only about 45 minutes in that I got in a question about the underlying technology underneath the device, with Telstra’s executive director of Fixed and Broadband Products Craig Turner confirming my suspicions. “It’s Linux,” he said.

Now the key with both the incoming wave of Android-based smartphones (the HTC Desire, the Sony Ericsson Experia X10, the Motorolas and so on) and the T-Box is that although in total both categories of devices run Linux, you would never know it from their user interfaces.

Their slick exteriors ably hide the hard technical core underneath, meaning that Australians won’t know they’re using Linux – or even care – any more than they would care what operating system their toaster runs.

There is a significant irony in this impending mass adoption of Linux devices in Australian households and workplaces.

Just as Linux on the desktop is finally achieving the heights of user interface design enjoyed by Mac OS X and Windows users, the market has moved on. People aren’t interested in switching desktops these days. But they are interested in finding ways to add new functionality to their lives.

And manufacturers of custom devices – be they mediacentres or mobile phones – are increasingly finding that Linux’s open source nature makes it the perfect Swiss army knife for all their needs.