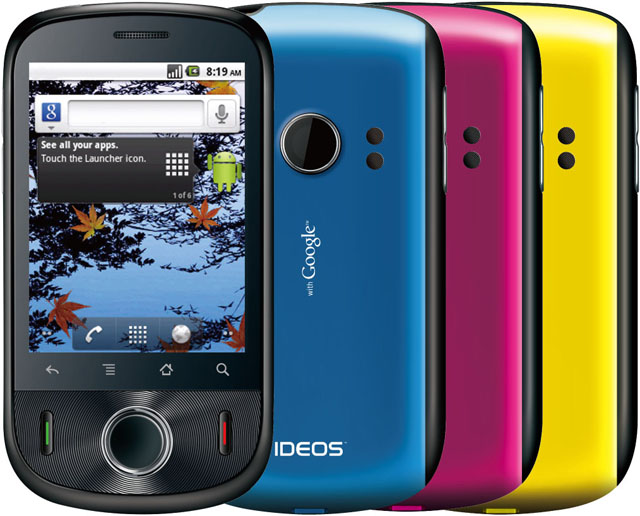 Chinese manufacturer Huawei late yesterday said it was talking to carriers in Australia and New Zealand about local distribution of its new IDEOS mobile phone, which runs the latest version of Google’s Android operating system.

The IDEOS comes in several models and runs Android 2.2, also known as Froyo. The handset features a 2.8″ QVGA, 320×240 capacitive touchscreen, a 3.2 megapixel camera with dual LED flash and will support 3G speeds of up to 7.2Mbps as well as 802.11n Wi-Fi. It also comes with GPS functionality for Google Maps navigation and supports SD cards of up to 16GB for additional storage.

“Huawei is currently in talks with Australian and New Zealand operators about local distribution,” the company said in a statement issued overnight.

The IDEOS will sell for between US$100 and US$200, although Huawei has not yet said what the phone will cost in Australia, nor what mobile telcos it is talking to regarding distribution.

On paper the IDEOS initially looked as though it might not support Telstra’s 850Mhz Next G network, as the device was listed as supporting the 900 and 2100MHz device bands, but a Huawei spokesperson later clarified there was a 850MHz version of the device.

Huawei also announced three additional Android-powered devices — its U8800, U8500 and U8300 models — however, it has not revealed plans to bring the handsets to the Australian market.

The news represents the first launch by Huawei of an Android handset in the Australian market, as well as a significant mobile phone push in general by the company, which has a strong handset presence in its home turf in China.

Up until this point Huawei has not focused on bringing its consumer line-up to Australia, preferring to work on larger deals for carrier network infrastructure behind the scenes.

It also comes as virtually every other handset manufacturer of note, apart from companies like Apple and Nokia which run their own operating systems on their phones, have recently started introducing waves of Android-based smartphones into the Australian market.

Even companies who have not traditionally focused on smartphones are getting into the game. Dell has been discussing its Streak mini-tablet with carriers, and Acer on Wednesday revealed plans to bring no less than five Android handsets to the local market.