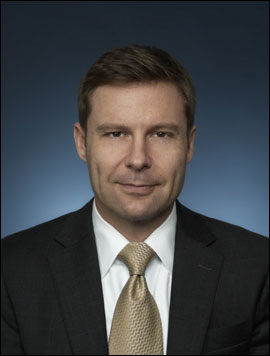 opinion Censorship of the web is a growing problem around the world. According to the independent Open Net Initiative, the number of governments that censor has grown from about four in 2002 to over 40 today.

Increased government censorship of the web undoubtedly is driven by the fact that record numbers of people now have access to the Internet, and that they are creating more content than ever before.

For example, over 24 hours of video are uploaded to YouTube every minute of every day. This flood of new content creates big challenges for governments accustomed to controlling traditional print and broadcast media.

Most of us agree that there are limits to what information should be available online — obviously child pornography has no place on the Internet or anywhere.

But many of the government restrictions we see today strike at the very heart of an open Internet, and also violate Article 19 of the Universal Declaration of Human Rights, which states that: “Everyone has the right to freedom of opinion and expression; this right includes freedom to hold opinions without interference and to seek, receive and impart information and ideas through any media and regardless of frontiers.”

The most recent example of Google confronting government censorship occurred in China. We launched Google.cn, our Chinese search engine, in January 2006 because we believed that the benefits of increased access to information for people in China outweighed our discomfort in agreeing to censor some results. Since then we have seen increasing attempts to limit free speech on the Web in China.

Numerous sites including YouTube, The Guardian, Facebook, Twitter, Blogger and Wikipedia have been blocked, some of them indefinitely. The increasing censorship, combined with some very sophisticated cyber attacks (some of which targeted the accounts of human rights activists) originating from China led us to conclude that we were no longer willing to censor our search results in China.

Since March of this year, we have stopped censoring our search services—Google Search, Google News, and Google Images—on Google.cn. Users visiting Google.cn are now being redirected to Google.com.hk, where we offer uncensored search in simplified Chinese, specifically designed for users in mainland China and delivered via our servers in Hong Kong.

This was not an easy decision. We want as many people in the world as possible to have access to our services, including users in mainland China. We believe this new approach of providing uncensored search to Chinese users from Google.com.hk is a sensible solution. We are well aware that the Chinese government can, at any time, block access to our services — indeed we have already seen intermittent censorship of certain search queries on both Google.com.hk and Google.com.

While China is perhaps the most dramatic example of Google confronting online censorship, it is not the only one. Google products — from Search and Blogger to YouTube and Google Docs — have been blocked in 25 of the 100 countries where we offer our services. In addition, we regularly receive government requests to restrict or remove content from our properties.

When we receive those requests, we examine them closely to ensure they comply with the law, and we attempt to narrow the scope of the requests when we think they are overly broad. Where possible, we are also transparent with our users about what content we have been required to block or remove so they understand that they may not be getting the full picture.

We hope this product will shine some light on the scale and scope of government requests globally. We also hope that this is just a first step toward increased transparency about these actions across the technology and communications industries.

Closer to home, we have serious concerns about the Australian government’s filtering plans. While intended to improve online safety, the filter could block access to important information online and have a broader impact than expected. It is government intrusion on a communications medium that has flourished and developed free from government interference.

While we oppose the Australian Government’s proposal, it’s important to note that the current public debate about the Government’s filtering plan is itself a testament to Australia’s free press and vibrant democracy — it’s a public debate that wouldn’t occur in many parts of the world.

So while we view comparisons of Australia’s filtering proposal to China’s censorship regime as unhelpful and inappropriate, we also worry that the Government’s plans to enforce mandatory filtering could legitimise government censorship elsewhere, and is a first step away from free expression and a free and open Internet.

First published in The Sydney Morning Herald and replicated here with Google’s permission. Ross LaJeunesse is head of Policy and Government Affairs for Google Asia-Pacific. This week, he spoke at the Intelligence Squared debate in support of the motion that Governments should not censor the Internet.