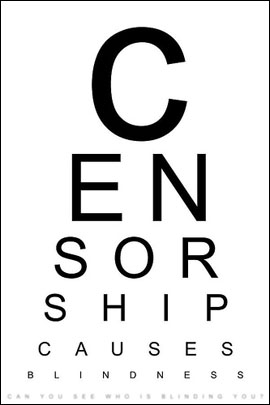 opinion On Friday, three of Australia’s largest internet service providers simultaneously announced they would filter some internet content from ever reaching their customers.

The news was greeted with a widespread lack of interest from an Australian population which – for almost three years now – has been steadfastly campaigning against the idea of its internet being filtered in any way. There was no outrage, no Twitter hashtag set up, no furious online debates, no calls for the Communications Minister’s head – in short, a deafening silence.

The reason for this lack of outrage – the fact that the ISPs will only be filtering sites which host child abuse or child pornography material – should send Australia’s politicians a strong message.

In short, most Australians concerned about the Federal Government’s controversial mandatory internet filtering policy – which last week’s announcement is a first, tentative step towards — are not overly worried about the technical fact that their internet may have some sort of controls on it, although of course some, including myself, are.

Take the example of some of the material that Communications Minister Stephen Conroy has consistently stated will be included in the Refused Classification category of content which the filter aims to censor. Included in that category – according to Conroy – is online material which relates to detailed instruction in drug use.

Now under Australian law, several states consider use of a popular drug such as marijuana to be a criminal office. If you view matters in this light, it’s not hard to see why the Federal Government would want to ban any material which would inform people how to safely smoke marijuana, for example.

However, when you widen your scope, you will quickly find that there are other states – such as the Australian Capital Territory, South Australia and so on – which have decriminalised the personal use (in small amounts) of marijuana, recognising that it’s fruitless to chuck a couple of teenagers caught rolling a joint into jail, and that vast segments of the Australian population consider the occasional puff completely normal.

It’s a similar situation when you consider some other material which could be considered Refused Classification. Political web sites which lobby against abortion by publishing graphic photos of aborted foetuses. Websites which give detailed instruction in what is still considered a crime – assisted euthanasia of elderly Australians in extreme pain. Archaic manuals from the 1940’s which advise soldiers on how to make basic bombs. And so on.

These are all examples of content which is on the borderline between objectionable and acceptable, depending on which Australian you talk to.

Communications Minister Stephen Conroy last week appeared to have acknowledged this fact by announcing a year-long review of the Refused Classification category of content. To my mind, this is the first confirmation from the Labor Government since the election in November 2007 that its hard line on “Refused Classification” content may not be in line with Australian norms.

There is also another significant fact that we need to consider about last Friday’s announcement. Conroy did not mandate that ISPs sign up to filter child pornography and child abuse material. Instead, he gave them the option by making the decision to comply voluntary.

Many ISPs appear to have yet to make up their mind whether they will follow the lead set by Telstra, Optus and Primus on the matter. And it is a virtual certainty that although many will do so, at least a few ISPs will decide that they don’t want to filter the internet at all for their users, and will abstain.

What this gives Australians is options. If they are dissatisfied with the fact that an ISP filters their internet of certain content, they can complain directly to the ISP. If enough customers complain, an ISP may stop filtering the internet or provide ‘opt-in’ or ‘opt-out’ mechanisms. Or customers even have the option of switching to an ISP which does not filter content.

Suddenly, this makes internet filtering a matter of personal choice rather than a matter of draconian government control.

I am personally very much against any sort of mandatory ISP-based internet filtering. It has been demonstrated many times that such technology is incredibly easy to circumvent and as a journalist, I remain staunchly on the side of unfettered freedom of access to information in any medium. I am highly concerned that any form of imposed mandatory filter would inevitably lead to legitimate material being blocked — a phenomenon known as ‘scope creep’.

I feel that Government resources in this area would be vastly better allocated towards the police, education and making PC-based filtering technology available for those who do want it.

However, I have no real objection towards some ISPs in Australia voluntarily censoring child abuse and child pornography from the internet, especially if they provide opt-out options for those who would prefer their internet to be unfettered and for control to reside on the users’ PC and not in their ISP’s server rooms.

Of course, there are many issues that would need to be debated about such a system. For starters, how do you avoid a presumption of guilt that those who ‘opt-out’ of having their internet censored at any level are potential criminals? And how do you ensure that scope creep doesn’t see extra, borderline categories of content added to the ISPs’ voluntary censorship lists as time goes on, or that legitimate sites are not censored?

Research has consistently demonstrated that Australians don’t want their internet to be censored. But if the Government feels it must, let it learn a lesson from last week’s experience and change its policy towards one that is voluntary and only tackles a very limited field of content. That’s something we can all agree on.