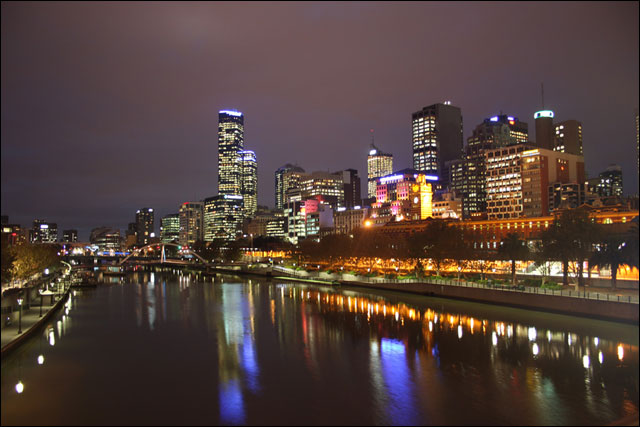 analysis In past years, appendix A of Budget Paper No. 3 has been essential reading for those eager to learn about the Government’s procurement intentions regarding major operational transformation and IT projects.

Past budgets have accumulated a rolling four year funding portfolio that peaked with a total of around $500m of commitment in the 2008-09 year to major new IT-enabled transformation programs such as public transport ticketing, train and bus systems, Healthsmart, the Ultranet, VicSmart fibre to schools, major systems development projects in Justice and Police plus a range of smaller projects across the other portfolios.

This year, however, the IT funding tap has been turned down significantly -– with only 6 out of the 250 plus programs in the 2010-11 State Budget having a significant IT element.

The programs include an additional $35m for integrated statewide 000 emergency communications plus $4m for the Emergency Services Telecommunications Authority; $24.3m to Police for automated number plate recognition technology and renewal of a range of technology assets; $7m for school computers; $11.5m for advanced computing for biological and farm systems research in the Department of Primary Industries and an unspecified amount of funding for enhancement of the CFA and DSE websites as part of a bushfire preparedness — warnings to the community program.

This adds up to a budget commitment of perhaps $80-90M in new IT projects over four years. Further funding commitment to the cross-agency registration and licensing system (RandL) at VicRoads appears to be notably absent from the budget.

Funding slowdown reflects caution about IT project delivery
Perhaps a slowdown in the funding of large IT transformation projects is prudent, given the number of projects in-flight and the high profile procurement and ongoing delivery dramas of some of the largest — including the myki public transport ticketing project and the redevelopment of the LEAP system in Police.

The enthusiastic zeal of the Auditor-General for shining a torch on the Government’s IT project delivery performance would test the nerve of even the most technologically adventurous Ministers and bureaucrats in this climate, so caution has become the better part of valor.

This slowdown in funding will take a while to flow into procurement activity, but will start to make itself felt in the industry in due course. Analysis of contracts for IT-related products and services disclosed on the Government’s contract publication website reveals an aggregate IT procurement of around $800-850M in the 2009-10 year.

This is a mix of procurement funded by department and agency operating budgets as well as new program funding. 2009-10 may prove to be a high water mark for the Government’s IT spend

The Federal Government has drastically reduced its IT spend in recent years as a consequence of the indigestion caused by the Gershon Review in 2007-08 and a reluctance to commission major new IT projects in Canberra.

Perhaps this trend may flow into Victoria, with the 2009-10 year proving to be a high water mark in the state’s IT procurement as the wave of program funding from past budgets flows though the system and as core operational IT activity is progressively consolidated into the shared services agency CenITex.

We may be at the end of a major IT project era until the Government’s confidence in its ability to successfully deliver large IT-enabled transformation projects is restored. In the meantime, expect to see a wave of smaller government 2.0-style projects in next year’s budget submissions.

Steve Hodgkinson is the director of Ovum’s government practice in Australia and New Zealand. Prior to joining Ovum he was the Deputy CIO for the Victorian State Government in Melbourne, where he was responsible for e-government and IT strategy across the State Government’s departments and agencies. He led a four-year programme of activity to establish the Office of the CIO and implement shared services and infrastructure consolidation initiatives.

This analysis piece was issued by Ovum as a media release.