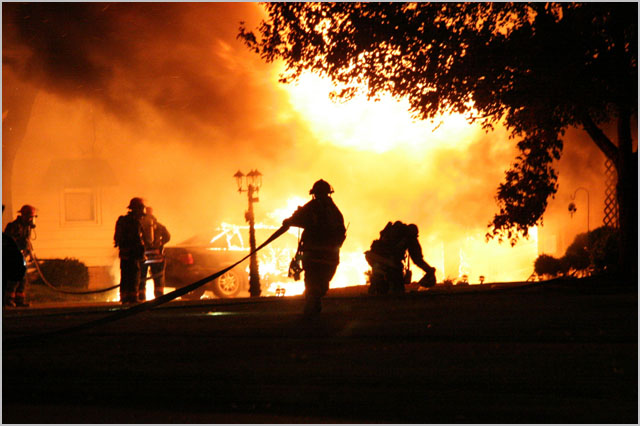 news Victoria’s Ombudsman has handed down one of the most damning assessments of public sector IT project governance in Australia’s history, noting total cost over-runs of $1.44 billion, extensive delays and a general failure to actually deliver on stated aims in 10 major IT projects carried out by the state over the past half-decade.

The report (available in full online) was undertaken over the past year by Ombudsman George Brouwer as a self-initiated action of his office, after a string of minor reports published by the Ombudsman and the state’s Auditor-General Des Pearson over the past few years had raised significant concerns with Victoria’s handling of IT project governance. Pearson’s office assisted with the report.

In the report, Brouwer and his team documented their investigations of ten major IT projects carried out by the state over the past half-decade.

Some, such as the Link project being carried out at Victoria Police, the myki public transport smartcard effort, the education department’s Ultranet initiative and the HealthSMART health systems rejuvenation, are projects which are well-known in Australia’s technology industry. However, others, such as an integrated courts management system and a new integrated housing information program have had a lower profile.

What they shared in common, Brouwer wrote in his report, was that they had all gone off the rails. “Each of the 10 projects I examined failed to meet expectations,” the Ombudsman wrote. “Most failed to meet delivery timeframes and all ran over budget.”

The original total budget for the projects totalled $1.3 billion. However, Brouwer estimated their total cost to date as being $2.74 billion — an additional $1.44 billion cost to Government. “On average, project will have more than doubled in cost by the time they are finished,” the report states.

Some of the money represented what Brouwer described as “abject waste”. “Victoria Police spent $59 million on LINK over four years, only for it to be cancelled,” the Ombudsman wrote. “VicRoads spent $52 million on RandL, which has not yet made it past the design phase.”
Causes

In the report, Brouwer listed a litany of reasons why the projects had gone wrong.

For starters, he noted, “none of the projects investigated was well-planned”. The departments and agencies concerned simply failed to commit the necessary time and effort into planning and business case development.

Not only were many of the roles and responsibilities for those leading the projects not clearly defined, but senior government officers often appeared reluctant to make critical decisions when they were needed — and project steering committees often did not have sufficient expertise in the areas concerned.

Business cases weren’t updated as projects changed — or in some cases, even read by key figures concerned. Agencies gave politicians no choice other than their preferred technology project option — and failed to give them adequate advice to make informed decisions about the initiatives. “In some cases, optimism bias led to costs and timelines being based upon hope, rather than evidence or comparisons with similar projects and despite advice from experts and vendors,” wrote Brouwer.

In general, departments and agencies felt they needed to create “big vision” projects to capture politicians’ attention — increasing project complexity and risk. However, in some cases the state Cabinet only partially funded projects. Despite this, agencies didn’t revise the scope of their projects downwards to fit them within the allocated budgets.

A lack of leadership, a lack of accountability, a lack of governance, poor planning, inadequate funding, below standard probity controls and under-par project management. All of these were issues raised by the Ombudsman. And in the extensive case studies which Brouwer published at the end of his report — detailing each project’s history and issues — all of the same problems appeared.

AAP today reported that Victorian Premier Ted Baillieu had stressed there would be much greater scrutiny of IT projects under his Government, compared with the previous Labor administration — with his preference being projects handled in smaller bite-sized pieces rather than large initiatives. “What we need is to have some performance benchmarks along the way so that we know we’re getting the results that are expected,” he reportedly said today.

opinion/analysis
I’m planning to pull together some thoughts in a separate article on this topic, but what I want to note at first glance is that this report is shocking.

What it baldly states is that every single major technology project in the Victorian State Government over a period of half a decade went badly wrong — over budget drastically (to the tune of more than a billion dollars), late (in some cases, by almost half a decade) and in some cases, the projects just failed to deliver and were scrapped, despite the fact that many millions of dollars had already been spent on them, and that the legacy systems they were intended to replace still needed to be replaced.

What Australia’s technology sector needs to begin to understand from the publication of this document is that our whole paradigm for approaching government technology projects is broken. The way departments obtain funding for such projects. The way they consult with and contract technology suppliers. The way they manage the projects. Everything.

To be honest, as a journalist reporting on enterprise IT I have never seen anything quite like this. Western Australia and Queensland have also had disastrous technology project implementations over the past few years, and of course we can always look back at the Integrated Cargo System disaster at Customs a few years back if we really want to see a large catastrophe in action. But to have every single major technology project in one of Australia’s largest state governments go wrong in a five year period? To the tune of $1.44 billion? This is something of unprecedented scale. It will take a while to digest this one.

Makes you wonder what’s going on right now in NSW.