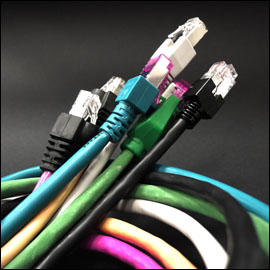 The Federal Government has taken the first step in wide-ranging plans to consolidate its telecommunications spend, issuing a request for proposals from suppliers for whole of government internet services.

The Department of Finance and Deregulation, through the Australian Government Information Management Office, has for some years been flagging the move, which will fall into place alongside other major whole of government tendering initiatives for desktop PCs, for example.

In its RFP document issued this week, the department said the main aims of the initiative were to cut costs in Commonwealth telecommunications expenditure, as well as improving the transparency of pricing services and reducing duplication of procurement processes — while still continuing to support competition and innovation in the industry and enough flexibility to meet individual agency needs.

The new arrangements will be mandatory for all agencies governed by the Financial Management and Accountability Act (1997) — which includes most of the major departments — and available to agencies governed by the Commonwealth Authorities and Companies Act (1997) — which includes a number of minor bodies. The full list of both is available online.

In the tender documentation, the Department of Finance and Deregulation said virtual connection managament, network carriage and major internet connection services were in-scope for the procurement exercise outlined this week, but end user and wireless internet connections, as well as other point to point links such as dark fibre were out of scope.

The exercise is eventually expected to result in a panel of approved providers which agencies and departments can purchase services from. Telcos will be required to respond to the initiative by the 22nd of April and Finance noted it may choose to conduct industry briefings about the purchasing initiative.