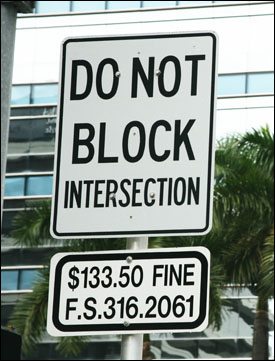 This post is the first in Delimiter’s Thought Leader series. We’ve awarded author Ahren Morris this week’s $50 cash bounty for his efforts.

opinion Rarely throughout history do events conspire to create a true crossroads or decision point for a people. Although crisis decisions and action are the vogue of media and fiction, humanity’s preferred method of progress is the slow and inexorable movement of the masses. Trends of consumerism and opinion blending into the next with few clear lines to say “this is the point where we changed”.

That said, one can’t help but feel that these are heady days for the future of internet freedoms and privacy, censorship, content ownership, distribution and classification and accountability in the digital landscape, both corporate and individual.

These issues swirl around us in what feels almost dizzyingly like a perfect storm of techno-upheaval. Where does one turn first? The collection and use of personal data by Google? The access to personal and commercial information by government agencies through measures such as the USA Patriot Act? Or one of the blinding array of issues under debate locally in Australia?

While people and corporations across the world grapple with the impact of the digital age, Australia has taken a curious place at the forefront of some of these discussions. For a country more accustomed to following the accepted lead, it may come as a surprise that events such as the recent court ruling in AFACT vs iiNet reverberate far beyond our shore. We are heading into uncharted waters and lobby groups and entrenched interests across the globe are watching closely.

Either by his success or failure, the current Federal Communications Minister, Mr Stephen Conroy, will likely be regarded by historians and academics as one of the central points around which these debates revolve. And while I am personally vehemently opposed to nearly everything Mr Conroy stands for, I am reminded of an old adage that states: Opposing another’s views should be tempered by the utmost respect for their right to have and say them. In truth, I admire his passion and personal commitment to his chosen cause; although I do wish him unmitigated and un-recoverable failure in pursuit of those objectives.

One of the things that I am proudest about this country is the freedom of voice that anyone living here enjoys. Professional colleagues form other parts of the world have marvelled at the relative impunity with which an Australian can challenge and question those in authority. This love of freedom is likely what terrifies me about parts of Mr Conroy’s agenda: I see a dark and slippery slope, from which return will be unlikely.

But the thing about freedom is it must be exercised to be of value. Australia has numerous accepted forms of protest when an elected official pursues legislation; and it is up to the public to make their voice heard. There was pride in seeing 158kg of R+18 classification submissions being delivered to the South Australian Attorney General and knowing my name was on a piece of paper in there somewhere.

A general military dictum says that in any conflict, the most committed wins. Those whose views oppose mine and I suspect many of yours, are committed … really … really committed. Whether we can muster similar commitment remains to be seen.

On our streets a crossroad is clearly sign-posted and visible. In real life they are less so. This could be just another kilometre on the historical highway of our society. But it sure feels like there needs to be a set of traffic lights around here somewhere.

Ahren Morris is a 15-year veteran of the coal face of commercial IT. He gets his music from iTunes, his games from EB Games and would love to buy all of his TV shows online so he could watch them when he wants.