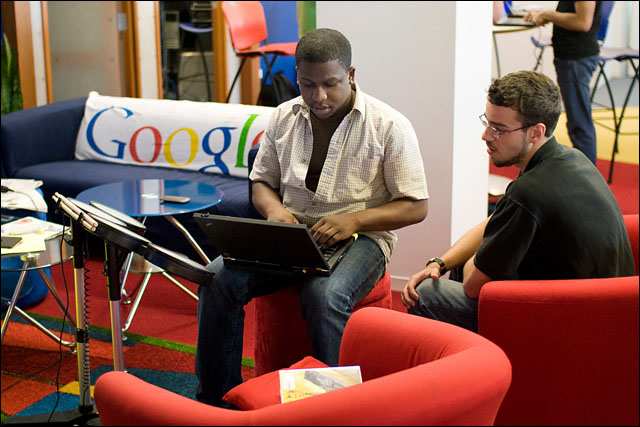 This article is by John Passant, Graduate Teaching Fellow Politics at Australian National University. It first appeared on The Conversation and is replicated here with permission.

analysis It might well have been a case of a stopped clock being right twice a day, but on the very day I had an article in The Conversation called Giant profits, tiny tax bills: time to close loopholes on corporate tax avoidance, Assistant Treasurer David Bradbury appointed the head of the Revenue Group in Treasury, Rob Heferen, to develop a scoping paper to “set out the risks to the sustainability of Australia’s corporate tax base and look at the potential solutions”.

As I have previously outlined, the problem is that Google, as one multinational example, earns 96% of its income from advertising. When Australians negotiate a contract with Google to advertise on it, they do so with Google in Ireland or Google in Singapore. So, the locus of the income earning activity by Google is ostensibly Ireland or Singapore. Under the tax treaties we have with Ireland and Singapore, we cede taxing rights to Singapore and Ireland over any business profits residents in those treaty countries make from Australia.

The exception is where those foreign residents have what is known as a permanent establishment – a concept arising from cross-border arrangements between Germany and Austria in the late 1800s. A branch is one example. It is not a separate entity from the foreign company, but is the foreign company with a fixed physical presence, in this case in Australia. The treaty gives Australia the right to tax the business profits attributable to that branch in Australia.

If I am contracting with Google Ireland or Google Singapore, then that income is not attributable to its branch in Australia. And Google makes sure that is the case.

Estimates are that Google last year received about $1 billion in advertising revenue from Australia. Despite that, it paid little Australian income tax. According to the Assistant Treasurer, and quoting from a newspaper source, one figure for the tax that Google paid in Australia was $74,176. However, Bradbury said later: “The same article reported that a spokesman for Google asserted that the correct figure was $781,471.” Even if the latter figure is correct, revenue of $1 billion from sources in Australia and tax of less than $1 million does look like Google isn’t contributing much to Australia’s well-being through tax given the amount of income it earns from us.

But the story doesn’t end there. As the Assistant Treasurer highlights, arrangements in Ireland or Singapore can leave the money often tax free there or taxed at very, very low rates in places like Luxembourg (perhaps 2.5%) before ending up in other tax havens like the Cayman Islands or Bermuda. The Assistant Treasurer has some detail of this in his recent speech. (You could also Google “Double Irish Dutch Sandwich”.)

There is nothing illegal in this activity, and it is not limited to Google or to Australia. As the Assistant Treasurer pointed out in discussing the UK Public Accounts Committee examination of the Taxation of Multinational Corporations:

Media reports of the Committee’s hearings state that Amazon paid no tax in the UK despite £3.3 billion in sales by routing transactions through Luxembourg, where it faced an effective tax rate of 2.5%. And now we see that the weaknesses that technology companies have exposed in the international tax architecture are spreading to other industries and activities.

The UK Public Accounts Committee was told that Starbucks had paid no taxes in the UK for three years, despite sales totalling £1.2 billion – in part due to royalty payments for the use of the brand.

What is to be done?

The problem is that Google-type arrangements do not involve transfer pricing. The changes won’t affect this tax treaty aspect of digital disruption.

The Gillard government is also proposing changes to one aspect of Australia’s general anti-avoidance provision, known as Part IVA. The High Court and the Federal Court, influenced I suspect by worldviews coming out of the neoliberal cesspit, are in the process of destroying the efficacy of Part IVA.

The Gillard government’s proposed Band-aid changes might keep the provision functioning for a few more years until the judiciary highlights another fundamental error in it. Be that as it may, establishing a subsidiary in Ireland or Singapore for worldwide advertising contract arrangements does not appear to be the tax avoiding treaty shopping that might, at a pinch, be caught by Part IVA. It is just good tax planning.

That means the solution has to be systemic. Assuming the government wants some money from the rivers of gold flowing out of Australia and into the hands of Google and other digital multinationals to Ireland or Singapore or wherever else they set up, what can it do?

It can work with the OECD to develop a treaty solution and then renegotiate all the 44 current treaties. That might be finished about the time my grandchildren become grandparents. Australia could act unilaterally.

A solution may include withholding payments to the likes of Google. It might work if done through payment companies — for example withholding tax on interest paid to foreign residents is currently collected from the payers, the banks and other lending and financial institutions. A similar arrangement could be put in place for payments to the likes of foreign residents like Google, Amazon and Facebook. The amount withheld at a set percentage of the payment could be a final tax. The compliance costs imposed on the intermediaries, however, might be too high. That would be a matter for the Heferen inquiry to investigate.

Maybe we need to think outside the tax box. Free-to-air television companies have made the point that they are losing advertising revenue to the likes of Google. While this might reflect shifts in technology and communication preferences rather than pricing differences caused by tax differentials, the fact that television stations have to pay a licence fee to operate in Australia might present one solution to digital disruption.

The Heferen inquiry could consider the imposition of a fee on Google and the other digital multinationals to allow them to operate in Australia as one way of recouping some of the revenue foregone due to international positioning. That fee could be measured against the digital multinational’s gross revenue from Australian sources.

Would it work in practice? I’ll leave that to the technology experts.

In any case, the Heferen inquiry will have its work cut out trying to solve the challenge that the mobility of global digital capital presents to Australia’s tax base.

John Passant does not work for, consult to, own shares in or receive funding from any company or organisation that would benefit from this article, and has no relevant affiliations. However this article is part of his secret plot to impose a Leninist dictatorship of the proletariat in Australia.

This article was originally published at The Conversation. Read the original article. Image credit: Google