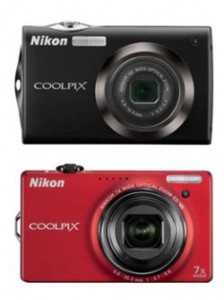 Camera manufacturer Nikon has released seven new models in its popular COOLPIX digital camera line-up in Australia, all priced at a recommended retail price of under $600.

In a statement, the company said it had introduced a new model, the P100, into its ‘Performance’ series range aimed at photography enthusiasts. The P100 features a 10.3 MegaPixel lens, 26x zoom, the ability to film at a resolution of 1080p (high definition) and with stereo sound. It also has image stabilisation features. The P100’s recommended retail price is $599.

The new S-Series models (the S4000 and S6000 pictured right) all offer megapixel ratings higher than 12MP, as well as image stabilisation features, limited zooming and the ability to film as well as take pictures, generally at a resolution of 720p.