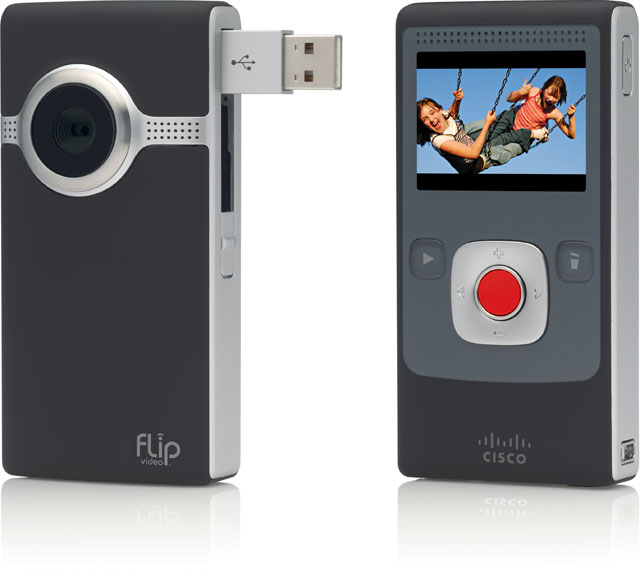 The cameras are among those used by amateur videographers — and even some professional media outlets — to shoot video for platforms for YouTube. Sony is also targeting the market in Australia with its Bloggie line-up of cameras, which feature similar specifications to the Flip devices.

In a statement, Cisco said three new Flip cameras would hit Australia in early November. The MinoHD comes in two models, with 4GB and 8Gb of storage and will go for a recommended retail price of $229.95 and $279.95 respectively. Cisco has ported the image stabilisation feature found on its UltraHD Flips to the MinoHD model, which is more slimline.

The UltraHD — which comes with 8GB of storage — has been re-modelled with a slimmer style, and Cisco has addressed several common complaints about the device, adding the ability for it to take rechargeable or AAA batteries and adding what it calls a FlipPort — which allows external accessories such as a microphone to be connected.

All of the Flip cameras can easily be connected to a PC for direct video upload — with the ‘flip out’ USB port which gives the cameras their name. They record in resolutions up to 1280×720. Their full specifications are available online.

In Australia the new Flip UltraHD will sell for $279.95 — the same as the MinoHD model. All of the new models also feature a higher frame rate than previously. The devices will be available from a wide range of outlets — from mass retailers like Harvey Norman and JB Hi-Fi to more specialist outlets like Ted’s Cameras and CameraHouse.