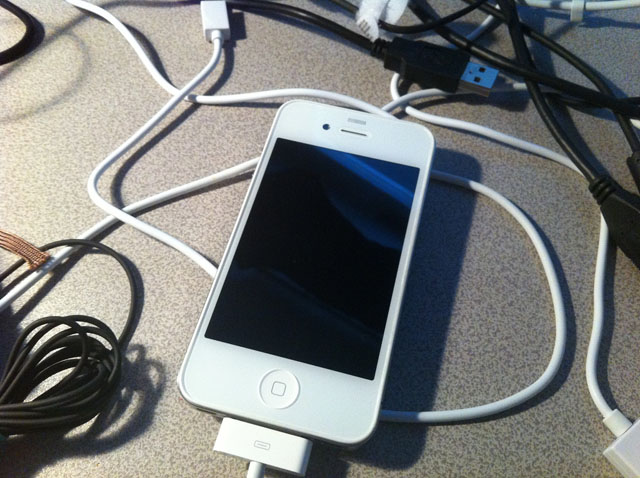 After 10 months of delays and rumours, Apple late tonight (Wednesday) confirmed that the white version of its iPhone 4 would go on sale in Australia and a number of other countries tomorrow (Thursday 28 April).

The white version of the iPhone 4 was announced at the same time as the black version — June 2010 — but Apple was quickly forced to issue a statement to the effect that the white model had ended up being “more challenging to manufacture” than initially expected. Since then there has been a constant trickle of speculation about when the model would be released and what the production problems were.

“The white iPhone 4 has finally arrived and it’s beautiful,” said Philip Schiller, Apple’s senior vice president of worldwide product marketing, in a statement released tonight. “We appreciate everyone who has waited patiently while we’ve worked to get every detail right.”

The iPhone 4 (both white and black models) features a raft of changes compared with previous models, starting with the re-designed exterior, which features a glass front and back and a rejuvenated flat design. The iPhone 4 can film HD video in 720p resolution, and features a new, high-resolution display with a higher pixel count for greater viewing fidelity. Apple has also built in a new feature dubbed ‘FaceTime’ which allows users to make video calls via Wi-Fi using the iPhone 4′s new camera on its front.

The company has not yet disclosed Australian pricing for the white iPhone 4, but it is expected to sell the handset for the same price as the black model, which is available through all of Australia’s major mobile telcos as well as Apple stores and authorised resellers.