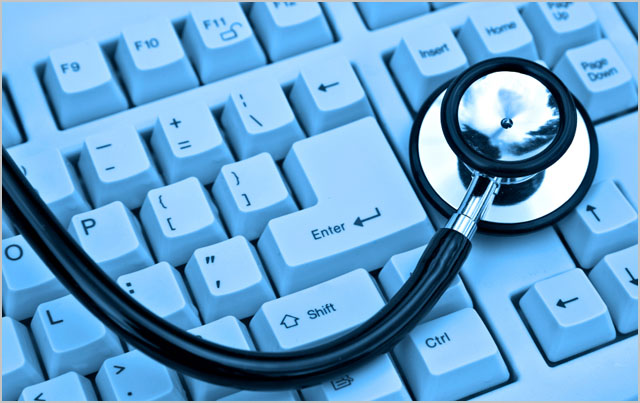 news The Victorian Government has published a landmark review into the use of technology in the state’s health ecosystem, finding that its landmark HealthSMART program launched in 2004 had had its benefits, but that the state should devolve most decisions about IT back to individual health units such as hospitals.

As Victoria’s most ambitious health IT project, the HealthSMART effort was initiated under the Bracks Labor government back in 2003 with a pricetag of $323 million and a due date of 2007. In July 2010 it was reported that it had since had another $37 million pumped into it, with the due date gradually extending, and in November 2011 the Victorian Ombudsman reported that the project would cost another $243 million to complete.

In May 2012 Victorian Health Minister David Davis flagged plans to scrap the project. The ABC quoted David as stating that it would now be up to individual hospitals to determine what their IT needs were in future. “We will no longer mandate particular health ICT projects,” he reportedly said. “There will be targeted approaches and we will work with health services in the forthcoming period.”

This week, the State Government published a Ministerial Review of Victoria’s Health Sector ICT, put together from late 2012 by a panel of distinguished figures in the space. The document was handed to the State Government in August and is available online in full. Although Victoria’s State Government has already changed its policy in the area, as Davis indicated last year, the report published this week is significant because it is one of the largest ever reviews into a health ICT ecosystem in Australia’s history.

In general, the review found that the HealthSMART investment had had both positive and negative outcomes.

“ … overall the sector is now better positioned than it would have been otherwise, which was to be expected given the quantum of funds expended. The greatest levels of functionality and usefulness from the HealthSMART program accrued to large, sophisticated metropolitan health service providers, which represent the majority of activity and investment across the system,” the report found.

“The program has not consistently met the needs of smaller, rural or specialist health service providers. Additional functionality is required by many health service providers in order for them to achieve the full benefits of their applications. The fragmented reporting requirements faced by community health organisations have limited the capacity of the sector to take up HealthSMART applications and realise benefits.”

“Overall, the more successful products were those providing corporate functions. By contrast, the clinical application, inherently higher risk and requiring greater workflow adaptation, has yet to achieve the full anticipated benefits.”

In terms of a future approach for the State Government, the report made four main overarching recommendations for future directions.

Firstly, it recommended that Victoria shift from centrally controlled decisions about ICT project design and implementation in the health space and towards “Greater devolution of decision making to health service provider boards, with central role focused on setting directions, support, monitoring and active, prudent scrutiny of major capital projects where required.”

Secondly, it recommended that a statewide health ICT plan, subordinate to the overarching Victorian Health Priorities Framework, be developed. This would incorporate “a complementary approach to national e-health participation and the ongoing development of Victorian health service capability, particularly with respect to electronic medical records”.

The report also recommended that the State Government stop trying to achieve fully integrated health record interoperability — the holy grail of e-health projects, but one that has historically proven impossible to achieve in almost any jurisdiction globally. Instead, the report recommended a focus be placed on “achieving critical business requirements and on improving patient safety”.

And lastly, the report recommended that Victoria stop specifying specific technology products to be used, and start specifying interoperability standards and requirements instead.

In a separate statement, Davis praised the review. “The findings and recommendations are pragmatic, directional in nature, recognise the need to fully realise the current investment in health sector ICT and position the health system for the future, particularly to meet the challenges of moving to e-health,” Davis said.

Davis said abolition of the participation policy will unshackle Victoria’s health services and permit them to seek their own solutions to improving their patients’ care and safety through the use of electronic medical records. “Health ICT investments to date will be preserved and interoperability between existing and future systems – supported by robust business cases with independent oversight – will be guiding principles. Labor’s incompetent and failed HealthSMART ICT experiment is over,” he said.

opinion/analysis
This report’s findings are expected and quite pragmatic. However, as I wrote when Davis first decided to can HealthSMART, it’s also not as simple as leaving these decisions to individual hospitals:

“It is clear that HealthSMART’s centralised approach was the wrong one. But let me say this in the strongest possible terms: An approach which simply lets every hospital decide how to run its own IT systems is also the wrong one, and represents the opposite end of two bad extremes.

I say again: It turned out that a completely centralised e-health strategy was not the answer to health IT problems in Victoria’s health public sector. But neither is stepping away from those problems entirely and letting each hospital solve their own problems. That will result in an even greater tragedy down the track — mark my words.”

I think the recommendations of this report mark a small step away from Davis’ hard line on HealthSMART, and towards a necessary middle ground where there will be an overall statewide plan for health ICT, but that individual hospitals and other health units will still have some freedom within that plan. That’s the right path and I support it.