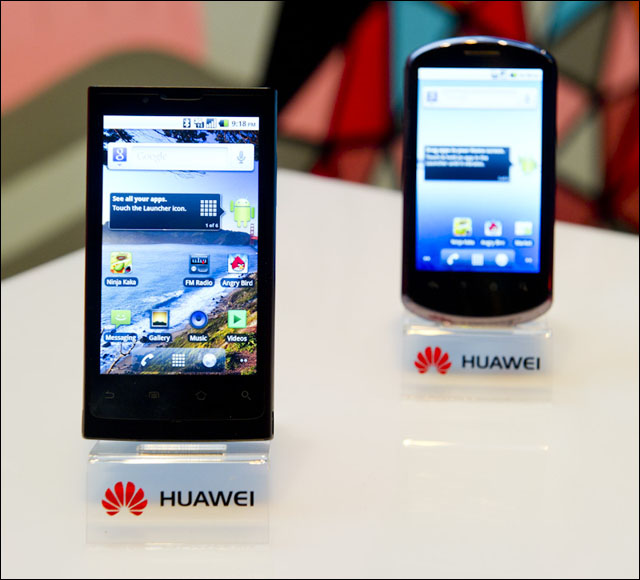 Modification: The focus of this article has changed since it was first published. Initially it stated that Attorney-General George Brandis had issued a statement stating that no decision has been made by the new Coalition Government with relation to the Chinese vendor’s ability to tender for National Broadband Network contracts. Currently available public evidence suggests this to be true. However, Delimiter also believes the Coalition Government as a whole has no immediate intention of changing the status quo with respect to Huawei.

news Attorney-General George Brandis has issued an inconclusive statement noting that no decision has been made by the new Coalition Government with relation to the Chinese vendor’s ability to tender for National Broadband Network contracts. However it is believed the Coalition Government is unlikely to change the status quo with respect to Huawei in the short term.

Huawei is also gradually becoming a major consumer electronics brand in Australia (as it is in China), and has retail partnerships with giant local firms such as Woolworths.

In response to questions on the issue, in March 2012 Huawei issued a transcript of an interview its director of corporate & public affairs, Jeremy Mitchell (a former executive with Telstra) gave with Sky News today.

Since the ban was enacted, several senior Coalition figures, such as Communications Minister Malcolm Turnbull, have spent time with senior officials at Huawei and have openly stated that the new Coalition Government would review the ban. Just last week, Trade Minister Andrew Robb openly praised Huawei during a visit to Shanghai, stating the Chinese vendor had a “big future in Australia”.

This morning, the Financial Review newspaper used a quote from new Attorney-General George Brandis to state that Brandis had “overruled” a push by other senior Coalition ministers to remove the ban. The full statement reads:

“The decision of the previous Government not to permit Huawei to tender for the NBN was made on advice from the national security agencies. That decision was supported by the then Opposition after we received our own briefings from those agencies.

It is unclear from Brandis’ statement whether the Government is still considering the Huawei issue. In addition, a spokesperson for the Attorney-General refused to clarify the statement. However, Delimiter believes that the new Coalition Government has no intention in the short to medium term of changing the Government’s stance on Huawei.

A Huawei spokesperson issued a separate statement stating it believed the decision was still up in the air. “Huawei understands no decisions have been made by the Government regarding the NBN, pending outcomes of the strategic review,” the company said.

opinion/analysis
I want to apologise to readers for not being able to give them more insight into this story. As is sometimes the case with stories of this nature, I know more than I am able to write. What I would emphasise about this story for readers’ understanding is that what you should take away from this issue is that the Coalition Government as a whole has no immediate intention of changing the situation with respect to Huawei. I believe the Coalition dynamic with respect to Huawei is quite complex, but I do not believe it is fluid, if those vague terms make any sense.