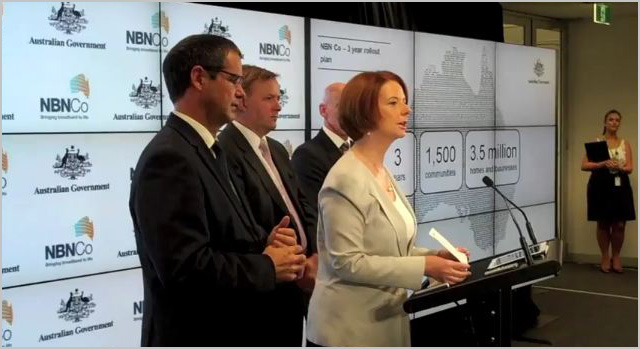 This article is by David Kennedy, a Melbourne-based research director with analyst firm Ovum. Kennedy has extensive experience within the telecommunications and IT portfolios for the Federal Government, including a position as senior policy adviser to the Communications Minister during the 1997 reforms which opened Australia’s telecommunications industry to competition. The article originally appeared on Ovum’s site and is reproduced here with permission.

analysis Credible reports have emerged this week that Huawei was told in late 2011 by the Australian Attorney-General’s Department to cease bidding for future equipment contracts for Australia’s National Broadband Network (NBN) as such bids will not be successful. It is clear that security concerns are behind this decision.

This must come as a significant disappointment for Huawei as it had bid for earlier NBN tenders at considerable expense, imposing price discipline on its competitors. However, it has now emerged that the company was never a genuine contender.

Huawei has invested in the Australian market, setting up a local board chaired by a retired rear admiral of the Australian Navy. The board also includes an ex-Foreign Minister and an ex-State Premier from opposite sides of the political spectrum. Australia is the first market in which Huawei has adopted this structure, and demonstrates the vendor’s desire to integrate itself into the local industry.

However, the problem of “national security” won’t go away. While it is impossible for outsiders such as Ovum to assess the merits of national security issues because there is too much we don’t know, it is clear that there has been a lack of consistency and transparency in the way that Huawei has been treated.

This inconsistency also has an international dimension. The intelligence establishments of the US, the UK, and Australia are closely linked. Yet while Huawei seems unwelcome in the US and Australia, it is welcome in the UK. Although not a member of this close-knit intelligence alliance, New Zealand is another English-speaking democracy that seemingly has no problems with Huawei’s involvement in its Ultra-Fast Broadband project. Huawei has also been used in many other FTTx projects around the world.

For NBN Co, the omission of Huawei from the tender process can only mean that the cost of the network will be higher than it otherwise would have. This is because future tenders will proceed without the benefit of Huawei’s technology or price discipline. However, earlier tenders that have involved Huawei have established a benchmark that will help NBN Co in future tender negotiations.

For Huawei, the problem is not unprecedented. It faced similar issues in India in 2009, but was able to recover its position through a combination of increased disclosure and effective lobbying. In that case, the problems centered on a government-owned operator, BSNL, which is similar to the current situation in Australia. However, that issue took over a year to resolve. Huawei’s response to the Australian government so far has been firm but polite. It has not attacked the government, instead presenting its record in other markets and asking why Australia should be any different.

As it proceeds, Huawei must seek clarity from the Australian government about its concerns. It should ask what the government would consider to be satisfactory performance from a security perspective.

It is also important for Huawei to make clear what is at stake. Global trade has dramatically cut the cost of telecommunications equipment. Increasingly, devices and equipment of all kinds will be Internet-enabled, and Chinese equipment will be no exception. If the presence of this equipment across a range of strategic industries becomes problematic, then it is not difficult to foresee significant trade problems arising. A multi-polar world fragmented in this manner would be a poorer world. This is why consistency and transparency are so important when it comes to these issues.