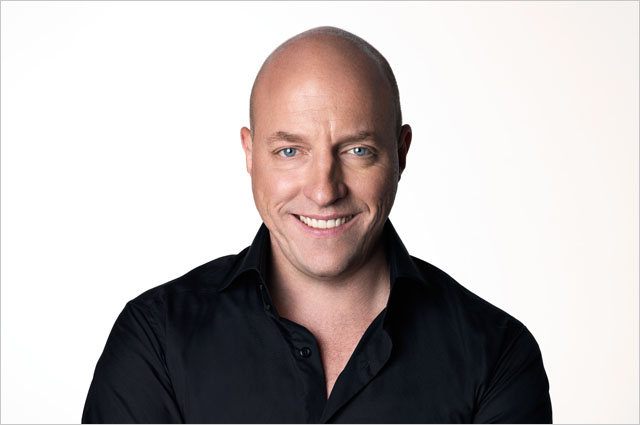 news Outspoken Freelancer.com chief executive Matt Barrie today noted that the company would turn down the offers it had received to sell to a larger group or take investment, instead flagging plans to list on the Australian Securities Exchange later this year and continue the drive to develop Australia’s home grown technology industry.

It had been reported last week that Freelancer.com had received a $400 million offer from Japanese JR and recruitment giant Recruit Co, which would have made Barrie and co-investors extremely wealthy, but resulted in the Australia-based online outsourcing marketplace being placed in foreign hands, as has happened with a large number of Australian technology companies over the past several decades.

However, in a statement issued today, Freelancer.com said that after “careful consideration”, the company had instead decided to take its operations public on the ASX, before the end of this year.

“We have had a wealth of options to consider including a number of term sheets from private equity, late stage venture capitalists and banks over the years,” the company noted. “Also we have had a number of unsolicited offers in varying stage of completeness to sell the company 100%.”

However, Freelancer.com added, Barrie had been publicly stating for years that it was “a national imperative” to build the technology industry up in Australia. The company’s ultimate goal is to build “Australia’s first big global internet company”, and it is proud to be keeping its operations local. “We believe that out of all the current options in front of us that this path gives us the best opportunity to achieve that while staying masters of our own destiny,” The company said.

The news comes six months after Barrie published an impassionaed article strongly heavily criticising the Government for its underinvestment in the technology sector, which he said had led to a situation where Australia is devoid of good IT talent and “missing out” on the ongoing industry revolution.

Over the past decade, it has become common for large Australian technology firms to sell to multinationals before gaining sufficient scale to become global powerhouses themselves. This phenomenon can be seen in the IT services industry — with companies such as KAZ and Alphawest being sold — as well as in the software industry, with groups such as Mincom being sold, and in the dot com sector. Usually much of the operations of the companies concerned are eventually moved offshore, as the acquiring companies focus on their global operations.

opinion/analysis
Long-term Delimiter readers will remember that I was handed my ass by many in Australia’s technology sector in July 2010, when I called for Australian software as a service company Atlassian to maintain its Australian roots even while seeking venture capital in the United States. At the time, I made the argument that Australia would only grow a strong technology sector if major Australian companies like Atlassian remained headquartered in Australia, similar to the way that the US plays host to companies like Apple, Google, Oracle, and so on, and countries like Germany host giants like SAP. At the time I wrote:

At the time I was heavily criticised for this view, including by Atlassian co-CEO Mike Cannon-Brookes, but it appears as though at least one executive within the technology sector, Barrie, agrees with me. And why not?

In Freelancer.com’s situation, as the company noted in its statement today, it has a plethora of options. It can sell the company, either to an Australian firm or a foreign company. It can take investment, of many kinds. It can base itself here or anywhere overseas. It can acquire. Virtually every situation is within Barrie’s grasp, and as a sophisticated executive steering a fast-growing web property, he knows this.

In this context, what we’re seeing from Barrie is a highly admirable decision to put his money where his mouth is, and reinvest in Australia with his company’s resources.

To be honest, there is very little detrimental effect to Freelancer.com from doing so. Listing on the ASX will quickly give Freelancer.com a large injection of the capital it needs to expand, as taking venture capital, being acquired or listing on a US exchange such as the NASDAQ would. Freelancer.com will be free, with that capital, to set up operations in every country globally, using Australia as its headquarters. It can rapidly expand into any field that it wants. Capital is capital, even if it might be a slightly different and possibly more expensive kind of capital than Freelancer.com could get in a different scenario.

However, what Barrie has also clearly considered here is the huge ancillary benefits to Australia as a country that listing locally will bring. When Freelancer.com joins the ASX, local investors (including Australia’s cashed-up but conservative banks and superannuation firms, for example) will gain more experience in investing with technology companies, and will benefit from Freelancer.com’s success. They will be more likely to invest in similar firms in future. This listing will generate local employment and nurture a high-end skills base amongst Freelancer.com’s local workforce, which will then impact the wider sector, as some of those employees will doubtless go on to start their own local companies. The local technology sector, through the high visibility of such successes, will gain more power to lobby the Government for favourable tax concessions, as the importance of Australia’s knowledge economy relative to other economies such as resources, gains strength.

It’s for all these reasons that I have been calling for a long time for fast-growing Australian technology companies to reinvest in their operations locally and become global companies headquartered from Australia. We see from other technology industry ecosystems in countries such as the US, Germany, Japan and even Israel that the benefits from doing so are huge — not specifically for the company concerned, but for the entire country. A strong knowledge economy ecosystem needs centres of gravity — and Barrie is clearly trying to create one here.

Massive kudos must go to Matt Barrie for taking this stance. Right now, with his focus on industry development and the Australian economy as a whole, while also rapidly growing his own company, not to mention his venture capital and even educational work, Barrie is the very model of what a successful Australian technology entrepreneur should be. We need more heroes like him.

I must also point out that there are other heroes also doing a lot in this space. The founders of Atlassian are also continually investing in Australia. The guys from Pollenizer. Niki Scevak and the team at Blackbird Ventures. Kim Heras, who’s been involved in quite a few initiatives, including PushStart. There are quite a few Australians who are putting a stack of passion into the growth of our technology sector at the moment. And quite rapid growth it is.