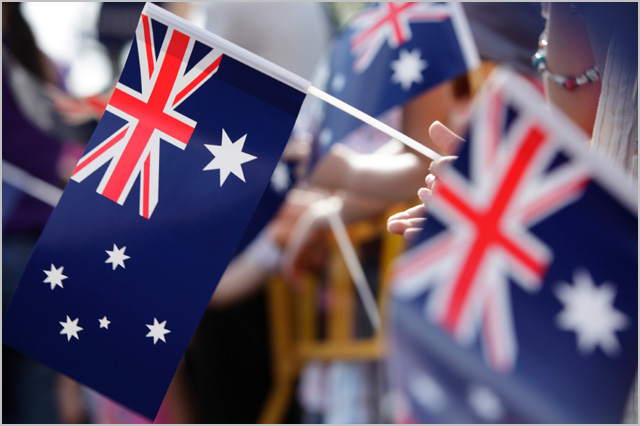 news Freelancer.com chief executive Matt Barrie has published an impassioned article on his LinkedIn profile strongly heavily criticising the Government for its underinvestment in the technology sector, which he said had led to a situation where Australia is devoid of good IT talent and “missing out” on the ongoing industry revolution. 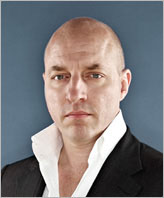 “When global economic growth falters, the wealth from these industries will be destroyed as fast as it was created; it’s the nature of the commodities cycle,” Barrie said. “When you dig stuff out of the ground, costing 90 cents, and you sell it for a dollar, you make 10 cents profit. If the price of that commodity doubles, suddenly you’re making $1.10 (11x). Profits explode. They also implode just as fast when the cycle inevitably falls. It’s all very primitive, if you think about it.”

Barrie’s view is that globally, the world is in the middle of a “technology gold rush”. However, he said, Australia was “missing out” and was suffering “an absolute crisis”, due to the rapidly falling numbers of enrolments by Australian students in IT courses.

“Our technology industry is desperately trying to hire educated technologists,” wrote Barrie. “Desperately. At my company, Freelancer.com, we’ll hire as many good software developers as we can get. We’re lucky to get one applicant per day. On the contrary, when I put up a job for an Office Manager, I got 350 applicants in 2 days. Mike Cannon-Brookes, the Chief Executive of Atlassian, one of Australia’s great success stories, told me the other day that he is trying to figure out where he will hire his next 400 software developers from. He lamented that he would love to do this here in Australia but it’s impossible because we simply don’t have enough good graduates. I face the same problem- while we’re half the headcount of Atlassian globally, we’ve just signed a lease on a second office here in Sydney. I can’t find the people to fill it quickly.”

Despite this, he said, Australia’s schools were focusing on other areas — lumping in “a couple of horrendous subjects about technology with woodwork and home economics”. “Meanwhile, in Estonia, 100% of publicly educated students will learn how to code starting at age 7 or 8 in first grade, and continue all the way to age 16 in their final year of school,” he wrote.

Barrie reserved a particularly scornful set of comments for the Federal Government’s recent moves in the 457 Visa space, where it has sought to crack down on the numbers of those migrating to Australia to take up technology-related roles.

“… you wouldn’t believe what our Prime Minister said. Julia Gillard proclaimed this morning that the IT industry was “rorting” the 457 visa and that she would restrict the number of workers a business can sponsor and make it generally more difficult to hire foreigners. Is she a raving lunatic?!?!” asked Barrie.

“Such desperate vote-mongering shows no understanding of how the Australian IT industry is forced to function today. Here’s one statistic to consider: of the 12,000 IT graduates each year in Australia, 8,000 are overseas students. Yes- two thirds of the graduates in IT are foreign. Our entire industry is powered on skilled foreign IT workers. It says something when 19% of Atlassian’s 320 Sydney based staff are on 457 visas. This the flagship global technology company of Australia.”

“The venture capital industry has been choked by a horrible tax landscape, both for investors and for entrepreneurs,” he wrote. “There is plenty of money available in funds (super funds, mutual funds, overseas investments funds) looking for good investments. The need isn’t for government handouts but for an accommodating investment environment. Australian companies that look to incentivise their employees with a share in the company (not unreasonable in startup environments where the first few employees are taking large risks themselves) pay ridiculous rates of tax before they ever have made any money.”

The news comes as Barrie and other similar IT entrepreneurs have pooled together a number of their resources to start an organisation named ‘Startup Australia’, which has the aim of fixing some of the problems the Freelancer chief executive described in his article.

There are dozens of comments underneath Barrie’s article from notable figures in Australia’s IT industry strongly supporting his views.

opinion/analysis
I couldn’t agree with Barrie more. It’s been a common refrain from politicians in Australia for decades that the country needs to move away from focusing on obvious advantages in mining and agriculture and move to a more knowledge and technology-based economy. However, when it comes to the punch, very few politicians are willing to put their effort where their mouth is and focus on the technology sector as an opportunity.

What would it take to fix the issues which Barrie is describing? Well, it’s very simple. Firstly, the government needs to set up a very favourable tax environment for early stage technology startups, as well as angel investors and venture capitalists. This would cost it almost nothing — and no doubt it would be repaid down the track as some of the startups grew rapidly and started paying real grown-up person tax.

Secondly, we need to build the National Broadband Network to get this kind of fundamental underlying infrastructure in place to support the technology sector. We’re already seeing in fibre-rich locations such as Kansas City in the US, where Google has rolled out fibre-optic cable to many neighbourhoods, that this kind of infrastructure deployment rapidly attracts early stage technology companies.

Thirdly, we need to address the skills problem. Open up Australia’s migration to more foreign technology skillsets, incentivising those with the top-rank skills to settle here, and give tax incentives to existing medium to large corporations in Australia to develop their employees’ skills bases. Radically overhaul the technology curriculum in high schools and make it a close to compulsory part of university education as well.

Of course, I highly doubt that any Federal Government in Australia is going to follow this path, or at least not yet. Why? Because politicians for the main part are relatively old — their day came about before much of today’s technology was mainstream — and they are also by nature generalists, without a specific interest in the technology sector. This will change eventually, as younger and more forward-thinking politicians such as Stephen Conroy, Scott Ludlam, Kate Lundy and others become more the norm and enter the highest echelons of government. But it won’t change just yet.

It’s a pity; because if we follow the path Barrie and others behind Startup Australia are advocating, we would take a giant step forward as a nation. Let’s hope those in power are listening.