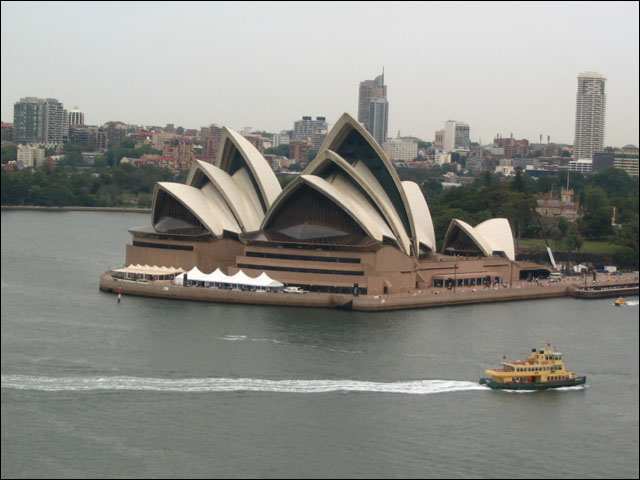 opinion I felt torn between two poles after interviewing Atlassian co-founder Mike Cannon-Brookes yesterday about the $60 million investment US-based venture capitalist firm Accel Partners has just made in his company.

On the one hand, I felt really happy and proud about what Cannon-Brookes and his co-founder Scott Farquhar have achieved with the company they founded in Sydney eight years ago.

It’s a rare Australian technology company — let alone a software specialist — that has had their level of success. With 220-odd employees, two international offices, revenues of $58 million and VCs knocking down their doors, the pair must feel on top of the world. And rightly so.

Atlassian is an amazing success story for a country which has had few home-grown technology companies grow to become global phenomenons. Australia doesn’t have its own Google, Facebook, Oracle or eBay. We do have a few large IT services firms and telcos, but in terms of pure technology development, in many ways, Atlassian is as close as we get to superstardom.

And yet as the interview wore on I grew more and more troubled by Atlassian’s future.

The reason for this is that I believe the company is already falling into a dangerous trap that has befallen many Australian technology companies before, and will continue to ensnare more in future and curse the development of our immature technology sector.

To be honest, I’m worried that over the next half-decade and beyond, Atlassian will lose much of its Australian heritage and become just another multinational software giant with its base primarily in the US and not much focus on investing in Australia’s technology sector.

To illustrate why I feel this way, let’s do some analysis of the company and what it’s next few years are likely to hold.

Farquhar and Cannon-Brookes could undoubtedly have sold their company several times over by now to bigger international players — I’m sure they’ve had offers to do so. It feels to me that the reason the pair haven’t done this is that they have a strong feeling of proprietorship over Atlassian. It’s their company, which they built from the ground up. They’re young and they want to continue to govern it through yet more success and see what an Australian-built firm will be able to do on the world stage.

Like many Australians, they’ve seen too many great local firms be acquired by international companies and have their Australian operations, culture and reinvestment in the local technology sector gutted by foreigners who are only interested in making money and not interested in the local industry.

With eight years of profitable growth behind it and the VC whizkids at Accel Partners on board, it is likely that Atlassian will continue to make valuable acquisitions and organically grow its revenues and profits over the next half-decade until it gets to the point where it can list on a US-based stock exchange such as the Nasdaq.

I’m sure that Farquhar and Cannon-Brookes are aware that if all of the company’s stock goes on sale in an IPO, then the stability of the company could potentially suffer. A bunch of cashed-up institutional investors such as US banks could grab a slice of Atlassian, and soon be demanding board seats and a say in how the company is run.

Also, if the whole of Atlassian went on sale, it would be easy for a much larger software rival such as Oracle or Microsoft to eventually make initial investors an offer at a share price premium that Atlassian’s management would be duty-bound to at least examine. Even if the company and most shareholders did reject such an offer, a hostile takeover effort could still be made — and could plague the future development of the company while it deals with it.

To avoid this fate, I’m sure that when Atlassian does eventually list, Farquhar and Cannon-Brookes will retain significant stakes in the company, to ensure they retain control and have the capacity to block any outside power plays.

We saw this situation when Australian fibre-optic player Pipe Networks listed on the Australian Stock Exchange, with founders Bevan Slattery and Steve Baxter at one point retaining some 36 percent of the company’s stock. Of course, Pipe was eventually bought by another telco, TPG, but that’s another story.

This sort of founder stock retention will steer off the first pothole that Australian technology companies face on the path to becoming global giants — being bought by other global giants.

However, there are already signs that even its founders retaining a significant stake in the company after its IPO would not be enough to maintain what I would describe as Atlassian’s core nature as an Australia-based company which has international offices and stop it becoming a primarily US-based company with a large Australian office.

I say this because if you closely examine the statements Cannon-Brookes made yesterday, you can glean insights into the way that Atlassian’s management is already thinking about the US market.

For starters, although Australia — and Sydney in particular — is one of the financial hubs of the Asia-Pacific region, Atlassian didn’t talk to any local investors about a placement in the company when it was looking for an equity injection, claiming that it would have been impossible for the size which Atlassian now is. Secondly, Cannon-Brookes claimed that VC firm Accel Partners had expertise that couldn’t be matched in the Australian finance community.

There is some truth to what Cannon-Brookes has said — the Australian VC community would have problems dealing with a company of Atlassian’s size. And Accel Partners obviously has a certain degree of expertise in dealing with fast-growing technology companies that would be hard to find in Australia.

However, I would like to call a certain amount of bullshit on the executive’s claims.

Why didn’t Cannon-Brookes and Farquhar try other sections of the Australian finance community if they needed funding — rather than just assuming the VC sector was the best place to go? I have no doubt — considering Atlassian’s $58 million in annual revenues — that it could have found quite a few local avenues for funding Atlassian’s future growth through either debt, equity, or a mixture of both.

How about, to begin with, hitting up the top end of Australia’s investment banking community to see what cash it could throw up? It’s not like the financial whizkids at companies like Macquarie Bank have ever been short of a few dollars. After all, a number of other Australian software giants — Technology One, for example, or e-health player iSOFT, or even companies like Mincom or MYOB appear to have grown large locally without the need for initial international investment.

Then there’s the claim that Atlassian needed expertise that it couldn’t get elsewhere than VC firms like Accel Partners.

Again, I would object to this idea. One of things that Australia does have in spades is a solid business community, with many high-end business advisors that have been educated in the world’s top institutions and have more than a few notches on their belt when it comes to experience.

Many of those advisors have experience with high-growth businesses in sectors like mining, finance and so on that could translate well to Atlassian’s story. After all, who do you think it was that advised dot com players like Wotif.com, Seek and REA Group (realestate.com.au) when they were booming?

To think that Atlassian could only get advice on its future growth from a high-end VC firm in Silicon Valley — and only if that firm ponied up $60 million for the privilege of watching its money grow in between conference calls — is laughable.

Then there is the eventual plan to list in the US. The simple fact is that listing on a US stock exchange such as the Nasdaq will necessarily mean that much of Atlassian’s focus will switch to its US operations. Half-yearly investor briefings are a funny thing. When most of your company’s investors are in the US and you have to hold events every few months to update them on your company’s financial performance, your focus necessarily starts to sit in the US.

Other international companies and partners also start to see you as a primarily US-based organisation, because that’s where you’re listed. They will expect that they can conduct whatever business they need to conduct with you in the US. And that expectation will drive your company’s investment in its US operations, instead of in your Australian homeland.

We’re starting to see this approach already from Atlassian. The company already has some 60 staff located in its San Francisco office, and Cannon-Brookes and Farquhar look to have spent a fair chunk of time in the US over the past six months as they worked their way through their VC investment.

Atlassian is well-known for having only a small sales team, with the company’s software tools often being bought by customers through peer recommendation and word of mouth rather than direct sales efforts. Why then, does it need to have 60 staff based in the US? Quite a few of those must be developers working offshore.

The fact that Atlassian took the investment from Accel Partners reveals the extent to which a certain insidious mindset has already gained control over the thinking of the company’s founders. It’s the mindset which holds that Silicon Valley is the centre of the technology market’s universe and there is no way to change that. That the glossy Silicon Valley VC firms are the sole providers of wisdom and funding for early stage companies in that universe.

It’s a boost to the ego to be discussing — and eventually, taking funding — from these VC firms. The mindset that Australian entrepreneurs can play in the big boy’s sandpit — the same sandpit that spawned Larry Ellison’s Oracle, Sergey Brin and Larry Page’s Google, the two Steve’s Apple and so on.

It’s the same mindset that spurs Atlassian to want to achieve press coverage in the Wall St Journal, on TechCrunch, in BusinessWeek and so on. It’s the lustre of fame.

Cannon-Brookes said himself yesterday that he wanted Atlassian to be a model for Australian companies. “We need to get entrepreneurs over to the valley,” he said.

I shudder every time I see a great Australian company ponying up with US investors like they have no other option, and setting up development offices in San Francisco because they believe it’s the only way to succeed. There’s nothing wrong with selling software or any other form of technology overseas. But the profits should be reinvested in Australia and in Australian jobs.

I have no doubt that Atlassian will continue to invest — to some extent — in Australia. But I will be watching closely to see how true the company stays to its roots and how many jobs and resources go offshore as it grows. The feverish reporting of the Accel investment this morning smacked of a “country boys win big in the city” ethos to Atlassian’s success in Silicon Valley. But that’s not the way I want Australia’s technology sector to be seen. We’re not the bumpkins Silicon Valley might think we are.