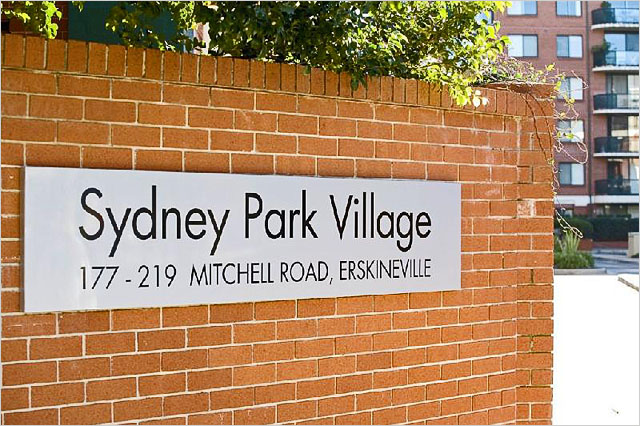 news Shadow Communications Minister Malcolm Turnbull this afternoon said a rollout of VDSL technology in a housing estate in Sydney and already delivering 100Mbps download and 40Mbps upload speeds demonstrated the strengths of the Coalition’s rival NBN policy, which will use a similar rollout style.

This afternoon, Turnbull held a press conference at the Sydney Park Village complex in the Sydney suburb of Erskineville — just a short distance away from the Grayndler electorate of Communications Minister and Deputy Prime Minister Anthony Albanese — to highlight the strengths of a recent VDSL deployment to the facility, which houses some 810 apartments.

“Under the NBN, construction of the fibre to the premises network in Erskineville is not even slated to begin until sometime between 2015 and 2017,” said Turnbull, “and the NBN’s forecasts simply can’t be believed given the woeful progress of the rollout to date.”  ”The OPENetworks fibre to the node deployment is an example of how existing copper can be leveraged to deliver speeds of 100mbps downloads and 40mbps uploads. The VDSL2 technology used by OPENetworks is vectored as it would be in a Coalition version of an NBN. Vectoring will typically increase speeds by between 50% and 100% – in other words were Sydney Park vectored VDSL2 the speeds would be between 150 and 200 mbps down, 60 to 80 mbps up.”

According to Turnbull, the Sydney Park deployment was done at a cost of $200 per premise, which is around 10 percent or less of the NBN’s cost per premise.

“It shows Labor’s claims that a fibre-to-the-premise network can be delivered at almost the same cost as the Coalition’s policy are plainly wrong,” said Turnbull in his statement. “There is no way the NBN can be delivered for $44 billion as Labor claims.”

“Our analysis shows it is more likely to cost $94 billion and take decades to complete.”  “This deployment is only a few hundred metres away from Anthony Albanese’s electorate office. Until he visits this development and sees this technology in use, he should not lecture the Coalition about upload speeds or claim that VDSL is somehow or other 19th century technology. Latest global deployment statistics from Point Topic show there were 12 FTTx deployments worldwide for each new additional FTTP deployment, showing that technologies like VDSL are leading the way among international telcos.”

opinion/analysis
Turnbull’s right — the Sydney Park Village deployment does indeed show the potential of using alternative technologies such as VDSL in multi-dwelling unit facilities such as Sydney Park Village estate. It would have taken NBN Co quite a few years to get to this estate … in the meantime, residents will be able to get some of the fastest broadband speeds in Australia without having to wait.

However, one does also have to question whether it would have truly been that hard to get a better grade of cable into Sydney Park Village instead of just using the facility’s copper. I’m not quite sure of the specifics, but it seems likely there’s already fibre of some variety going into the facility somewhere, due to the fact that it has 810 apartments. All of those copper connections have to end up somewhere.

It doesn’t seem beyond the realms of the possible or prohibitively expensive that that fibre could have been deployed within the facility, or that even high-speed Ethernet cable could have been rolled out to all of the apartments, providing access to broadband and VoIP-based telephony.

When you have a facility that large, after all, there’s a lot you can do. With Ethernet between all the residents, local area networking becomes quite useful between apartments, and you could provide in-facility video entertainment facilities as well etc, centrally served. You see this kind of networking deployed on mine sites, for example, as well as within universities and of course corporate offices.

Re-using the copper within Sydney Park Village looks like the cheapest and quickest way to get a very solid broadband upgrade for its residents, and I’m not saying it wasn’t a great option. However, it’s also apparent that more future-proof options also exist out there.