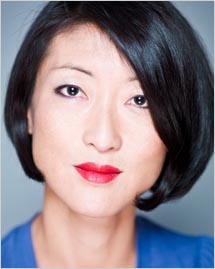 news Communications Minister Stephen Conroy’s French counterpart has labelled Labor’s preferred Fibre to the Premise broadband rollout style as “the best technology” for broadband infrastructure due to its technical merits and long-term potential, during a flying visit to Australia associated with NBN Co’s signing of a key contract with French satellite giant Arianespace.

Fleur Pellerin has, since May 2012, held the post of Junior Minister for Small and Medium Enterprise, Innovation and the Digital Economy in the current French administration led by French President Francois Hollande. Pellerin is a member of the country’s ruling Socialist Party, which, like Australia’s Labor Party, is fundamentally a social/democratic organisation born out of the union movement.

Several weeks ago the French Government announced that a combined €20 billion investment would be made in fibre broadband technology in the country, representing a combination of public and private funding. One of the issues being debated in the country at the moment is how it will be able to “terminate” its existing copper networks entirely in the medium-term, as it transitions to fibre. The aim runs counter to plans proposed by Australia’s Opposition under Tony Abbott, which plans to re-use much of Telstra’s existing copper network on an ongoing basis.

In a speech this morning associated with NBN Co’s awarding of a $300 million satellite contract to French company Arianespace, Pellerin said she was “very impressed” by Australia’s own NBN project promulgated by the current Labor administration.

“We are in exactly the same process at present in France because the President had committed in the Presidential campaign to deploy the very high speed broadband on our territory in the next 10 years. So we are facing the same challenges as you do in terms of financing and in terms of technology,” Pellerin said, according to notes supplied by NBN Co and Communications Minister Stephen Conroy’s office this morning. Delimiter did not attend the event.

“And also we will have some satellite in France because we also have – even if our country’s smaller than yours – we also have rural and mountain areas and remote areas that are difficult to cover with fibre optic, even though we have also made the choice of the fibre optic to the home because we think it’s the best and the most sustainable solution to bring quality, very high speed broadband to the people.”

Following the speech, Pellerin took questions from journalists at a subsequent press conference. One question the politician was asked was whether she saw France’s own broadband network as giving it competitive advantage for the country in Europe.

“Absolutely,” Pellerin responded. “It’s been proven by many studies that the attractiveness of France is based on the quality of its infrastructures – roads, trains, planes – but also electronic communications. And definitely the very high speed broadband is a factor, is an important part of the effectiveness of the country. And that’s why we choose also the best technology, I mean what we think is the best technology because, as you know, Fibre to the Home you don’t lose the quality of the signal according to the distance. So it’s definitely the best solution, technical solution.”

“And it’s funny because we have the same debate in France as you have here – about what technology should prevail. Should we do some more vectoring because it’s cheaper? But we think maybe today we don’t realise what kind of speed our citizens will need in the mid-term.”

“But with e-health, with e-education, with smart grids, all these new uses that are not plain, not developed today – you will need maybe in the next five years or in the timeframe that you don’t expect today – you will need these speeds. So I think it’s a very good investment to choose the best long-term technology.”

French interests
In August last year, Shadow Communications Minister Malcolm Turnbull disclosed a direct financial investment in French incumbent telco France Telecom, which is one of the principle telcos in the country upgrading its network infrastructure at the moment.

The investment was disclosed through the Parliament’s Register of Members’ Interests, which requires parliamentarians to disclose financial investments and gifts. In Turnbull’s latest disclosure, he noted that he had personally made an investment in international telcos France Telecom, Sprint in the US and Spain’s Telefonica.

Speaking to Lateline at the time, Turnbull said that he “obviously” didn’t invest in telcos in Australia because of his position overseeing the Communications portfolio for the Coalition. However, he said, “I don’t have any conflict with France Telecom, and I thought their shares were good value so that’s why I bought them”.

Turnbull has also come under fire with respect to the investments for what some have seen as an investment position at odds with his political views.

Lateline presenter Emma Alberici noted during her interview with Turnbull that France Telecom was rolling out fibre to the home to some 15 million premises in the country, in a similar deployment to Australia’s own fibre to the home NBN rollout. Turnbull sees the NBN deployment as being overly expensive, and has repeatedly emphasised he would prefer a more inexpensive fibre to the node style deployment, similar to the deployment being carrier out by BT in the UK.

“Why have you made that investment?” Alberici asked Turnbull. “Obviously you think their strategy is a good idea, and yet you don’t think the Government’s same strategy in Australia is a good idea? It’s curious. But you haven’t equally bought shares in British Telecom, which is the company you’ve just been telling us is doing the right thing in not taking fibre to the home?”

In response, Turnbull that as an investor he was focused on investment returns. “I’m not making political statements every time I make an investment,” he said. Alberici fired back: “The Government is considering investment returns, isn’t it, by taking fibre to the home and owning the infrastructure company, or owning the majority of shares in the infrastructure company, that achieves that?”

In a separate exchange on Twitter with telecommunications journalist David Braue, Turnbull was asked whether buying France Telecom shares implied there was profit to be made from fibre to the home rollouts. “Not necessarily,” said Turnbull. “Their FTTP rollout is pretty modest and I thought the shares were good value.” Braue subsequently lampooned Turnbull’s share buying habits in a commentary on ZDNet. “Turnbull’s position on socialism is now clear: Australian socialism is evil, but French socialism is a great investment,” he wrote.

In a media statement at the time, Communications Minister Stephen Conroy heavily criticised Turnbull for what he said was “rank hypocrisy”, saying it was time for the Liberal MP to “put his mouth where his money is and back fibre to the home”. “Mr Turnbull wants to spend billions of taxpayers’ dollars to fund the Coalition’s second-rate fibre-to-the-node network, but when it comes to his own money he is more than happy to invest in fibre-to-the-home,” Conroy said. “This is rank hypocrisy by Mr Turnbull. He is trying to lock Australians into an inferior broadband network, while investing to future proof France’s digital economy.”

“It is time Mr Turnbull put his mouth where his money is by supporting Labor’s roll out of the NBN’s fast, affordable and reliable broadband to all Australians. If Mr Turnbull truly believes that British Telecom’s fibre to the node network is the best broadband model, why doesn’t his updated registry of members’ interests show recent investments in BT?”

In a further defence of his French investment, yesterday Turnbull published a statement on his website inviting those questioning it to examine why France Telecom was able to deploy fibre to the premises “for one twelfth of the cost of the NBN”, stating that the speed and cost-efficiency of the France Telecom FTTH rollout made Australia’s NBN Co “look even more like a snail”. “If FTTP could be built in Australia for costs comparable to those stated above, there wouldn’t be a debate about doing it,” wrote Turnbull. “It is not a question of FTTP vs FTTN in abstract, it is a question of the relative cost and benefit of each technology in each market.”

opinion/analysis
I am hardly surprised by Pellerin’s comments about FTTH, and I highly doubt that her visit to Australia this week was intended purely to show the French Government’s support for Arianespace’s win with NBN Co. After all, does Australia’s Minister for Resources and Energy Martin Ferguson head overseas every time BHP picks up a multi-hundreds of millions of dollars deal with a company headquartered in another country? No.

My bet is that the Arianespace deal has been basically finalised within NBN Co for some time, and that Communications Minister Stephen Conroy, knowing about this and also about French President Francois Hollande’s high-profile broadband speech several weeks ago, offered to bring Pellerin to Australia to support their mutual goals. It looks good from both sides, and after all, Pellerin and Conroy are broadly of the same political bent.

Does hit mean Pellerin’s comments are not valid? No, of course it doesn’t. Pellerin’s right — FTTP is the best broadband technology out there in the long-term, and obviously, although I’m sure Conroy’s office gave hints as to the direction he would like her comments today to go, the French Minister has complete freedom to say whatever she wishes.

But the irony is pretty amusing here. Shadow Communications Minister Malcolm Turnbull’s been asking for Australia’s media to cover international broadband deployments more for some time. And now it will — but only the right kind, as approved by Communications Minister Stephen Conroy. Plus, it’s also particularly tough for Turnbull to comment on this one, given his direct French financial interests, which will also be raised by the media this week. Overall, very nicely played by Conroy — almost worthy of Francis Urquhart. He’s playing directly to Turnbull’s weaknesses with this one.

It will be interesting to see what Turnbull comes back with. Perhaps he can get one of the British secretaries of state out to Australia to discuss what BT’s doing with Fibre to the Node? That shouldn’t be too tough an ask; given that the UK Government is currently ruled by the Liberal Democrat/Conservative Coalition. Your move, Mr Turnbull.