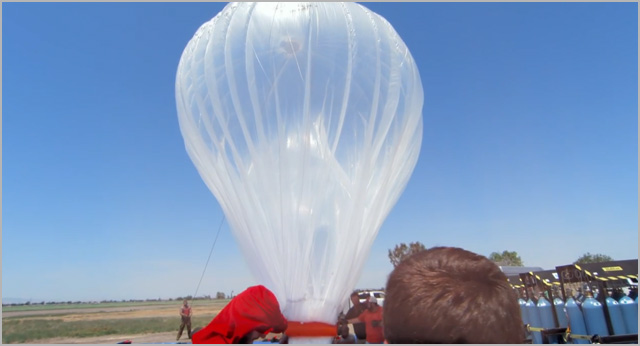 blog The idea of using low-flying balloons to provide broadband connectivity isn’t a new one; it’s been bobbing about in the telecommunications industry for many years. But only very rarely have we seen a company get serious about using the technology. Well, if the disclosure by Google of its ambitious balloon broadband initiative, ‘Project Loon’, this week is any indication, the search giant is about to get very serious indeed about this technology. And better yet, it may even be coming to Australia. The Age reports (we recommend you click here for the full article):

“Google has revealed that it has 30 balloons floating over New Zealand to provide free internet access to disaster-stricken, rural or poor areas. The technology will be trialled in Australia next year, possibly in Tasmania.”

While it’s great to see Google innovating this way, personally I’m pretty dubious about this whole project. With Project Loon reportedly slated to deliver speeds “comparable to 3G”, and Australia already having very solid 3G networks, even in regional and rural locations, plus excellent satellite broadband on the way courtesy of NBN Co (and that’s a bi-partisan aspect of the NBN, don’t forget), one does wonder to what extent any Australian — even in a very remote area — would need to use Project Loon. From the looks of it, the project’s antenna receiving equipment on the ground is a little smaller than your average satellite dish — but it’s still fixed to a building; it’s not precisely the size of a USB dongle yet. What are your thoughts? Is the trial of Project Loon in Australia somewhat pointless? Or could balloon-based broadband have real-life applications?