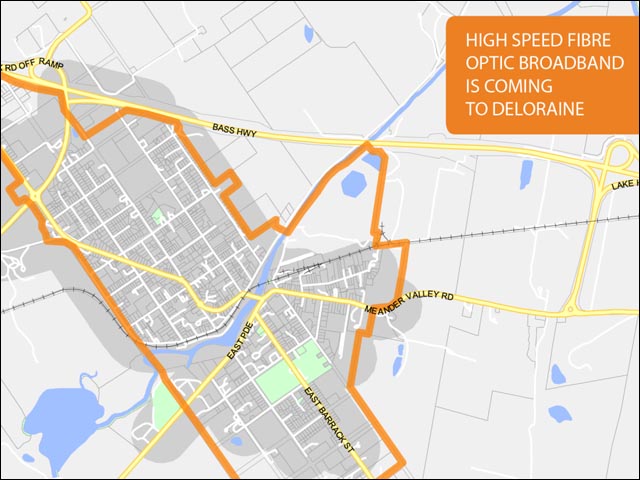 The National Broadband Network Company has started contacting a number of Tasmanian residents on the edges of the planned fibre coverage area, inviting them to request a quote to have the NBN fibre extended to their premises at their own cost.

The project is a trial initiative first flagged in April, which could see the NBN fibre extended to additional premises beyond the 93 percent of premises promised as part of the NBN policy. It arose as a result of concerns from residents and businesses on the edge of the fibre rollout zones that they would just miss out on the fibre and instead be served by lesser capacity wireless and satellite technologies, as they are in the remainder 7 percent of the population.

In a post on broadband forum Whirlpool, user ‘bart1111’ claimed he had received a letter from NBN Co head of construction Dan Flemming, notifying him that his property would be covered by either a wireless or satellite service. NBN Co spokesperson Scott Rhodie posted on Whirlpool that the letter was legitimate.

“It may be possible for you to connect to the National Broadband Network using fibre optic technology, if you agree to pay NBN Co to extend the fibre optic network to your property,” wrote Flemming. “Over the coming months, NBN Co is performing a trial of the fibre optic network extension process with selected properties that border the Tasmania Second Release sites of Triabunna, Sorell, Deloraine, St Helens and South Hobart.”

To take part in the trial, those invited to do so must request a no-obligation quote from NBN Co by telephone by 24 June to have the fibre extended to their property. NBN Co will then determine how much the extension will cost, and then if the property owner wishes to accept the amount, they must pay the relevant amount within several weeks.

“Your property will then be connected to the fibre optic network as part of the planned roll out in your area in the coming months,” wrote Fleming.

However, a number of factors with respect to the program are currently unclear.

To begin with, NBN Co has not yet disclosed how much it will cost residents to have fibre rolled out to their premises, with Rhodie noting only that it would cost a different amount to reach each premise, based on “a range of factors such as geology, distance, available network” and so on.

“There is no one magic number,” he wrote. “Each property will be different, [kilometres] is only one fact that will be taken into consideration. Determining how much the process will cost residents will be part of the trial.

In addition, there is debate about which properties are actually included as part of the fibre rollout. ‘bart1111’ pointed out that his property was actually inside the fibre footprint, according to NBN Co’s own estimated coverage maps — a factor which might be mitigated by the fact that he acknowledged his house was about 150m away from his front gate.

The news comes as regional councils and other groups continue to progress plans to avoid being left out of the national fibre footprint. iTNews reported this week, for example, that six remote Queensland towns, for example, had proposed building their own 1,350 fibre link to bring fibre to their region.