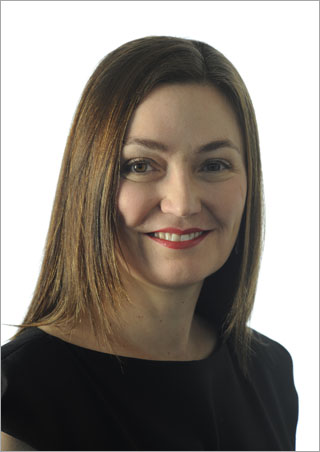 blog One can’t help but be amused by the ruckus which the Financial Review newspaper has raised (and which the Opposition is echoing with vitriolic fervour) around the renewed attention which NBN Co’s board has reportedly been paying towards the stewardship of the National Broadband Network Company, in the wake of the departure of previous board chair Harrison Young and the appointment of his replacement, former McKinsey consultant and Lachlan Murdoch associate Siobhan McKenna.

If you believe the AFR’s reporting, McKenna is actively engaged in a “push to replace” Quigley. Earlier this week the newspaper reported that the executive was discussing the executive’s performance with other directors and senior NBN Co executives, as well as seeking additional internal information about NBN Co’s operations. And then this morning we get a new article on the subject, characterising a board meeting at NBN Co this week thus:

“Toxic board relationships and asbestos scares: it was a fun-packed agenda at 100 Arthur Street, North Sydney on Thursday … The atmosphere was a little awkward to say the least. The Australian Financial Review had just revealed that McKenna had approached other directors to test support for Quigley”

iTNews was up late last night listening to the Budget Estimates hearing on the NBN, and reports that the Opposition was relentless in trying to investigate the relationship between Quigley and McKenna, and whether the NBN Co chief executive had recently gone through a formal performance review. iTNews’ report was quite calm, taking a somewhat amused tone with the Opposition’s shenanigans, but again, if you read the AFR’s corresponding yarn this morning, entitled “Conroy avoids NBN performance review questions”, you get the feeling that the Minister is trying to hide something.

However, from my perspective, it’s hard to really believe that what’s going on here, if the reports about McKenna’s approach to NBN Co are true, is anything unusual — in fact, if you examine what independent third parties think about the role of board chairman, it would appear that McKenna’s recently reported moves are completely … bog standard.

A useful briefing document (PDF) outlining the typical duties of board chairmen can be found on the website of Boardroom Partners, a local board search and advisory company. The document makes clear that aside from the normal administrative roles such as chairing company board meetings, ensuring the proper working of the board itself and maintaining proper shareholder relations, the board chairman is normally explicitly tasked with:

“Monitoring the Chief Executive’s performance against established criteria/measures of financial and operating performance, in conjunction with the Board; Acting as counsellor, adviser and listener to the Chief Executive and, where necessary, other members of the Board; and ensuring a sound management structure through the appointment of the best management the Company can afford.”

In short, it’s a core part of McKenna’s basic role that she keep tabs on Quigley; the importance of doing so in a massive infrastructure undertaking such as the NBN is even more pressing. I would, in fact, be surprised, given the constant scrutiny to which NBN Co is subject, if McKenna was not constantly in touch with Quigley and other executives at NBN Co, in an effort to ensure the management of the company is keeping the rollout on track. That is, after all, one of the most fundamental roles of company boards and chairmen; to keep the company accountable to its shareholders, and especially to keep its executives accountable.

It is a matter of public record that NBN Co’s fibre rollout is lagging. In this context, it is entirely appropriate, and just as entirely uncontroversial, that the company’s chair would be keeping its management on a tight leash. McKenna, along with the rest of the board, is effectively Quigley’s boss; more so even than NBN Co’s ultimate shareholder ministers in the form of Stephen Conroy and Finance Minister Penny Wong.

Personally, I view McKenna’s perceived actions as basic, expected corporate behaviour. I suspect they are only being viewed as unusual at this point because, well, let’s face it — NBN Co’s previous chairman Harrison Young didn’t precisely take much of an active role that external observers could perceive. McKenna may just be sticking closer to the letter of the law for this high-profile project, which is to be expected and a very good thing. Of course the mainstream media loves to beat up every tiny issue around NBN Co into an epic disaster of national proportions — such as the small amount of asbestos discoverd in a small area in Penrith associated with Telstra’s pits being used for the NBN rollout. But that doesn’t make McKenna’s approach inherently controversial. I suspect some of those commenting about this situation have had little exposure to this area of corporate life; journalists don’t usually sit on boards or run companies, after all.

To be honest, I think we should view McKenna’s actions as precisely what they appear to be: A competent executive in a chair role holding their company’s management accountable for a sensitive and high-profile infrastructure deployment. In short, corporate business as usual, hyped up to epic proportions by a media which loves to fling any mud it can find at individuals of strong character such as NBN Co chief executive Mike Quigley. Quelle surprise ;)