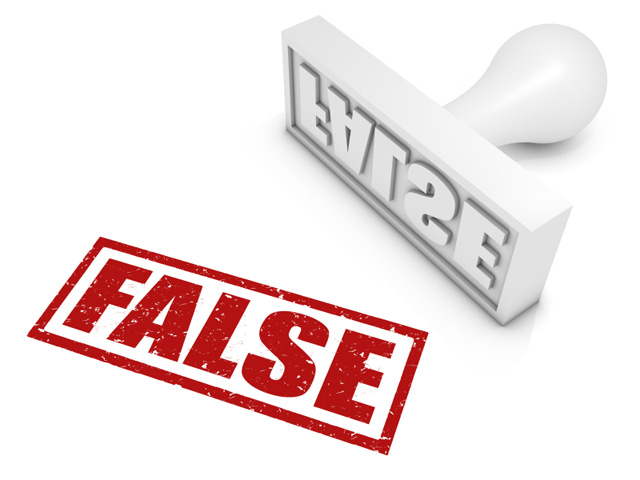 news A senior columnist writing for Melbourne newspaper The Age has falsely claimed that the fibre technology used in Labor’s NBN project had a life of only 25 years and that it could be made obsolete by “low earth orbiting satellites”, in an article riddled with inaccurate and highly disputed statements regarding the project.

The biography of the columnist, Kenneth Davidson, says he has been writing for the age on public policy and economics issues since 1974, winning numerous awards along the way. Davidson is also co-editor of Dissent Magazine, which broadly focuses on ensuring the continuance of the welfare state in Australia. In an article published last week entitled ‘Don’t look now, the white elephants are multiplying’, Davidson broadly argued that Coalition policy on the National Broadband Network was “superior”.

However, the article makes a number of demonstrably inaccurate or highly disputed claims. For example, Davidson claims that the Government’s NBN project would see Australian households pay $1,200 per year for telecommunications access, which Davidson said was “what they are paying now for the existing copper network”. “But this will only pay for the same speed as customers get now with the existing network,” the columnist wrote.

Davidson appears to be referring to the fact that NBN Co offers speed plans as low as 12Mbps or 25Mbps — comparable to existing speeds available under the existing copper-based ADSL network run by Telstra. However, in actual fact NBN broadband plans at those speeds are available for significantly less than $1,200 — from $29.95 a month or $360 a year. In addition, even the lowest end NBN plans offer significant advantages over existing ADSL broadband, in areas such as latency and reliability. Speed alone is only one method of comparing broadband technologies.

In short, NBN customers will be (or already are, in the case of those in early NBN rollout zones) paying the same, or in some cases less, for greatly improved services. They are also able to pay more (but again, comparable to current prices on higher cost plans) for higher speeds generally not available in Australia at the moment.

Separately, Davidson argued that demand for fixed-line broadband services was “falling”. On this count the columnist is inaccurate. Data from the Australian Bureau of Statistics for the period up to 31 December last year shows that the number of ADSL, cable and fibre connections in Australia are all rising slowly. Mobile and fixed wireless connections are also rising slowly. In addition, although the volume of data downloaded over wireless connections is riding only slowly, the data downloaded over fixed broadband connections is rising rapidly.

Davidson also argued that there was “no credible business case” for the Government’s model, and that to find the construction of Labor’s NBN vision, every fixed-line customer would have to pay $9,400 a year to the NBN. However, NBN Co’s existing business plan would actually see the company make a return on the Government’s investment in the project over a thirty year period of about seven percent, based on customers paying retail broadband prices broadly consistent with today’s prices. NBN Co has also stated its belief that it may be able to return its investment sooner or cut retail prices, due to evidence of higher than expected uptake on the network.

The assumptions in NBN Co’s business case published in 2010 were labelled as “reasonable” by corporate advisory firm Greenhill Caliburn, in an evaluation published in early 2011.

Similarly, Davidson also argued that the cost of Labor’s plan was “now estimated by most experts to cost $90 billion to $110 billion”. However, this statement is also inaccurate. The only published analysis putting the NBN’s cost that high is contained in the Coalition’s own rival NBN policy document. And in that document, a $94 billion estimate by the Coalition represents the worst possible case for the NBN rollout.

Lastly, Davidson argued that the fibre underpinning the NBN had “a life of about 25 years”, and that “By 2020, the US will probably have developed low earth orbiting satellites capable of picking up and sending wireless signals at a fraction of the cost of the Gillard government’s scheme.”

Davidson’s statements in this regard are highly controversial and represent an extreme view in terms of the mass opinion of experts in the telecommunications industry. Australia’s existing copper network, which is much less robust than an equivalent fibre network would be, has served much of the nation’s telecommunications needs for the past century.

Currently experts expect that in the long-term, fixed fibre infrastructure will form the backbone of telecommunications services in most geographies. It is expected that the NBN’s fibre infrastructure will serve Australia’s telecommunications needs into the forseeable future; at this point no rival technology exists that can handle the same level of bandwidth and latency demand.

A number of proposals have arisen over the past several decades to deliver broadband through so-called ‘low earth orbiting satellites’ — with companies such as Globalstar and Iridium already having some infrastructure in this area and other companies such as O3b Networks and COMMStellation planning to launch new satellites.

However, satellite broadband access has generally been found to be unable to provide required broadband speeds and latency performance compared with fixed-line fibre networks (for example, NBN Co’s own satellites, to be launched over the next several years, will only deliver speeds up to 25Mbps). Using low-earth satellites does assist with this situation somewhat, but also requires that terrestial dish antennas implement a mechanical tracking mechanism to track multiple satellites as they rapidly pass across the sky in a low orbit.

Because of these issues, mainstream telecommunications industry opinion regards satellite broadband access as usually only being suitable for premises in remote or regional areas, or to provide backhaul connections to other fixed points of broadband contact, such as mobile phone towers.

Over the past several years, there have been a number of misleading articles published by various other local newspapers about the NBN.

In late June last year, for example, the Financial Review newspaper published an article stating that there was “a real risk” that the NBN’s fibre infrastructure might be overtaken by technical breakthroughs in areas such as “wireless technology”. “One such breakthrough on the technological horizon is Data In Data Out wireless technology, which promises wireless speeds up to 1000 times faster than those offered today,” the newspaper claimed. However, the notion that wireless could serve as a replacement for fibre or other fixed network technologies is heavily disputed by the global technology community and is a view outside current mainstream thinking on the issue.

In December 2011, the Australian Press Council expressed concern about the Daily Telegraph’s coverage of the Federal Government’s National Broadband Network project, backing a local critic’s complaint that three articles in a short period of time had contained “inaccurate or misleading assertions” about the NBN. Similarly, in March last year, another News Ltd publication, The Australian, published a correction to a story after it inaccurately alleged that a school in South Australia would have to pay $200,000 to connect to the NBN; in fact, the school will receive NBN access as part of the normal rollout.

opinion/analysis
Simply an incredible article by Davidson. Wrong on almost every count. How this one got past the sub-editors at The Age, I have no idea. I’ve debunked it here because I’ve received a constant series of requests from readers over the past several days to do so.