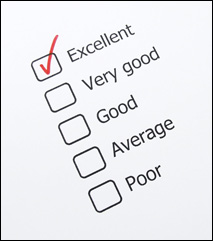 Corporate advisory firm Greenhill Caliburn has delivered a positive appraisal of NBN Co’s business case in a report published this morning by the Federal Government, with the firm labelling the broadband company’s assumptions of its future operations as “reasonable”.

Following the delivery of NBN Co’s corporate plan last year and publication, the Government had asked Greenhill Caliburn to review NBN Co’s Corporate Plan and provide a commercial assessment which would identify and analyse its key assumptions and potential risks.

In a nine page executive summary of its report published this morning by Communications Minister Stephen Conroy online, the advisory firm appeared to be cautiously positive about NBN Co’s plan.

“Greenhill Caliburn has reviewed the corporate plan and relevant supporting documentation provided to us,” the firm wrote. “Based upon our review, we believe that the corporate plan has been completed to high professional standards, providing the level of detail and analytical framework that would be expected from a large listed public entity evaluating an investment opportunity of scale.”

“Based on our preliminary review, as more fully described in our report, and subject to the assumptions contained in the corporate plan itself, Greenhill Caliburn believes that, taken as a whole, the corporate plan for the development of the NBN is reasonable,” it added.

Greenhill Caliburn’s document did, however, contain a number of caveats about the NBN project. For example, it pointed out that the NBN’s successful implementation and financial forecast were subject to a number of “risks, contingencies and external factors” – such as shifting technologies and consumer preferences, and that there was a lack of “directly comparable precedents globally for the NBN”.

And the ever-present wireless debate also raised its head in Greenhill Caliburn’s report.

“Trends towards ‘mobile-centric’ broadband networks could also have significant long-term implications for NBN Co’s fibre offerings, to the extent that some consumers may be willing to sacrifice higher speed fibre transmissions for the convenience of mobile platforms,” the firm wrote. “… the prevalence of such [wireless-only] homes should be carefully monitored in connection with ongoing performance management efforts.”

In addition, Greenhill Caliburn also had concerns around the pricing of future products based on the NBN, noting that consumers might push back against a usage-based pricing model, that lower prices might need to be set initially to encourage higher take-up rates, and that retail service provider margins on entry-level NBN services might combine with lower-than-expected growth in premium services such as internet delivered television.

To address these and other risks, the firm recommended close monitoring of the project as a whole – especially the migration period where Telstra customers will be shifted onto the NBN, and an ongoing review policy which would see annual, quarterly and ‘event-based’ ad-hoc reporting established to the Government, and an “investment committee” established within the Government to keep an eye on things.

“As with any infrastructure project, there are always risks, contingencies and external factors and the Government will work closely with NBN Co to put in place agreed performance indicators to track its performance and adjust strategies or operations as needed,” said Conroy in his statement.