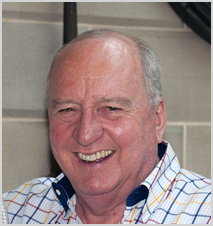 news Radio shockjock Alan Jones has repeated his comments that wireless broadband represents the future of Internet access, describing those who can’t face this situation as “dumb” and claiming that the Federal Government’s National Broadband Network project will consequently be obsolete before it’s finished.

Jones’ comments on 2GB on air this morning appeared to stem from a report in The Australian newspaper. Entitled “wireless networks rise as threat to NBN”, the article quotes a letter from NBN Co to the Australian Competition and Consumer Network that acknowledges that the development of mobile broadband networks (such as the 4G networks operated by Telstra and Optus) could see them compete with entry-level NBN services, which are to be predominantly delivered over fibre-optic cable.

The radio broadcast of Jones’ comments does not appear to be available online, but in a precis seen by Delimiter, the shockjock described the NBN as “an unmitigated disaster”. Jones said the NBN had admitted facing competition from wireless networks, and asked how “dumb” “these people” and the Government were, as “everybody” has known for years that wireless is the way of the future. Jones added that the Government was spending borrowed and taxpayer money to roll out the NBN, which was going to be “obsolete” before it was finished, and said the Government should be sacked on the basis of the NBN project alone.

Jones added he would discuss the rollout of the NBN with Shadow Communications Minister Malcolm Turnbull next week. Turnbull has also been in the headlines over the past several days for using a community meeting in Bendigo to describe the NBN as a “horrible hoax”.

Jones’ comments aren’t the first time he has claimed that wireless broadband represents the future of Internet access in Australia; he initially made the claim in October last year. Unfortunately, Jones’ views on the NBN and wireless appear to contain a number of incorrect statements.

In addition, Jones’ inaccurate comments come just six months after the broadcaster was ordered to undergo basic journalism training by Australia’s media regulator, the Australian Communications and Media Authority, after making an incorrect statement regarding carbon dioxide emissions in March 2011. ACMA ruled that Jones’ program would be forced to fact-check certain material before it went to air.

opinion/analysis
Alan Jones and Malcolm Turnbull haven’t always had the most harmonious relationship, with Jones’ loyalty towards the Abbott camp in the Liberal Party appearing to cloud the situation at times. I do wonder what an updated chat between Jones and Turnbull would be like. Turnbull appears to be tuning up the rhetoric with respect to the NBN at the moment; scenting blood, no doubt, following NBN Co’s rollout schedule downgrade last week. I wonder whether he would correct Jones on air if Jones truly went off the deep end with respect to his NBN comments (as he tends to do on occasion) of if Turnbull would let such blatant inaccuracies slide by. It’ll be interesting to find out.