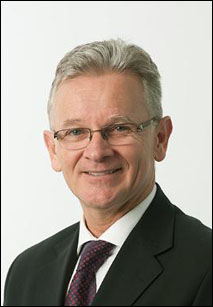 NBN Co today confirmed its head of construction Patrick Flannigan (pictured) had resigned from his role; news that came just days after negotiations broke down between the fledgling fibre monopoly and some 14 construction firms about the construction of the nation-wide network.

One of the eight senior executives reporting to CEO Mike Quigley, Flannigan had over 25 years experience in the infrastructure service industry, according to NBN Co’s website; his role will now be taken on an acting basis by Dan Flemming, who until today was working as construction general manager.

A NBN Co spokesperson said the company was disappointed at Flannigan’s decision. “NBN Co is disappointed with his decision to resign, because he was a valuable member of the senior management team,” she said. “We wish him all the best for the future.”

Prior to joining NBN Co in December 2009, Flannigan was the founding managing director and CEO of Service Stream; a construction and design specialist well-known for its role supporting the telecommunication industry, among others. At NBN Co, he was responsible for overseeing the construction of network infrastructure, that is to say the deployment of fibre to 93 per cent of Australians. During the time he held this role, he also managed the building of the first release sites in Tasmania.

Flannigan’s resignation came days after NBN Co announced it had indefinitely suspended its network construction tender. The company had said the companies had not been able to provide “acceptable” terms and prices during four rounds of negotiations.

While Flannigan did not comment on the issue publicly at the time, NBN Co head of corporate services Kevin Brown said the company could not proceed on the basis of the prices it had been offered. “NBN Co is confident it can secure better value for money by going a different route,” he said. “NBN Co has an obligation to our government shareholders, indeed to all taxpayers, to ensure we carefully manage their investment in the network, and are serious about costs.”

The selection of a tender started a year ago, attracting 45 potential suppliers, which were then narrowed down at 14. However it is not clear yet whether Flannigan’s decision and the suspension of the network construction tender are related.