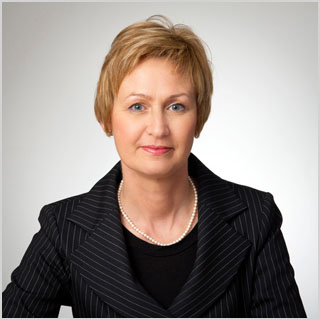 “I would like to advise you all that after seven rewarding years, I have decided to retire as the Australian Government CIO and from the Australian Public Service. This will take effect from the end of this year,” Steward wrote in a post on AGIMO’s blog yesterday. “I have really appreciated the privilege of working with the AGIMO team, my colleagues in other agencies, the other Australian jurisdictions and in a range of overseas governments and agencies. The support I have received has been outstanding and sustained, including during some very demanding times.”

“I particularly note the spirit, good humour, thoughtfulness and professionalism that the staff in AGIMO have applied to their work and the manner in which their interactions that have created the stimulating culture that is central to our whole of government work. I am very proud of our many achievements over the last seven years, supporting the Governments of the day in the delivery of their programs and services, enabled by technology.”

Steward said interactions with industry stakeholders had also been a valued part of her work at AGIMO, and she had been very pleased with the way in which those interactions had become more positive and fruitful through activities such as AGIMO’s blog. “I won’t be losing contact with information technology and, although I haven’t finished yet, I will be looking forward to watching your progress in the future,” Steward wrote.

Steward was appointed to the role in June 2005, during the then-Howard Coalition administration, leaving a role as the general manager of enterprise capability in Centrelink’s business transformation group to do so. Steward also had a prior history at AGIMO; she had acted as the group’s principal e-strategy advisor before 2003, when the executive joined Centrelink. At that stage AGIMO was known as the National Office for the Information Economy. Steward also spent a number of years seconded to the UK Government, where held the post of director of e-Government in the Cabinet Office.

Whilst working in the UK Cabinet Office, Ann completed the Review of Major IT Projects. This Review reported a comprehensive set of recommendations that are having a major impact on the way IT projects are planned, implemented and managed in the UK public sector. See Steward’s full biography online.

A spokesperson for the Department of Finance and Deregulation, which houses AGIMO, confirmed Steward’s plans to depart from the public service at the end of the year. “The Secretary of the Department of Finance and Deregulation is considering staffing arrangements in light of Ms Steward’s departure, which will be announced in due course,” they said.

Fast-forward seven years, however, and it’s safe to say that the appointment of whole of government chief information officers in Australia hasn’t precisely been the roaring success which governments believed it would be back in 2005.

Both Treadwell and Edgecumbe exited their positions long ago; and while both did accomplish solid progress in their roles, it’s also safe to say that the two states still have more than their fair share of problems (see here and here, for example) when it comes to IT service and project delivery. In Queensland, Grant is now back after a stint as Microsoft’s state director, and grappling with issues as large as Queensland Health’s disastrous payroll systems implementation, which continues to be a nightmare for politicians and public servants alike in the state.

In the Federal Government, the situation is quite a bit better. AGIMO has never had the kind of direct oversight and responsibility for major IT project and service delivery reform that whole of government CIO offices in the states have had; confining itself more to areas such as central IT policy, standards-setting and common procurement initiatives with major suppliers such as Microsoft. Federal Government departments such as the ATO, Defence, Customs, Immigration and Human Services (largely, Centrelink) are very independent from AGIMO and the CIOs of those departments only have a very thin dotted line of accountability towards Steward and her team, with most of their accountability being towards their individual departmental secretaries and ministers.

This has meant two things for Steward over her lengthy tenure leading AGIMO. Firstly, it has meant that the CIO largely escaped being linked with Federal Government disasters such as the 2005 Integrated Cargo System debacle at Customs and the Change Program delays at Tax, both of which were IT projects which caused widespread problems in the wider community. And even the angst associated with initiatives such as the Gershon Review of technology use in the federal public sector didn’t really wash back on AGIMO, as it was more seen as stemming from Gershon and how the major departments implemented his recommendations than from AGIMO itself.

However, this role has also meant that that Steward’s role as a change agent in helping to improve IT project and service delivery in Canberra has also been somewhat limited. When I think back upon the past seven years, it’s only a handful of initiatives which come to mind that AGIMO has implemented; issues such as common document standards across government, common procurement contracts around areas like datacentre and with vendors like Microsoft, and a general loosening in the way the public sector deals with areas such as social media and information licensing. IT governance has also been beefed up, but you still don’t quite get the sense that the top-level bureaucrats (the ones who sit above the CIOs) understand IT well.

What I personally would have liked to see from Steward and AGIMO in general was a much more visionary and interventionist approach, the sort of approach which we saw from US Government CIO Vivek Kundra when he was appointed to the role as part of the Obama administration in early 2009. Concepts that Kundra introduced such as his IT dashboard, his cloud-first policy and his TechStat accountability sessions have reverberated around the globe and really enhanced the global understanding of how effective whole of government CIOs can be; even if Kundra did leave for a cushy job with a vendor before the impact of those reforms was really felt.

I understand the limitations on Steward’s role from the start, and there is no doubt that her role was more informed by the more conservative and consultative approach to centralised IT policy taken by administrations in countries such as the UK and Canada, rather than the rather brash American style. However, it’s hard not to feel as though that brash American style is needed a little more in Australia. It would have been ideal if Steward could have experimented with some of that innovative thinking in Canberra and then taken it on the road to some of the state governments, which certainly need as much help as they can get in the area of IT project and service delivery at the moment. If Australia is going to have a whole of government CIO, they should be a visionary who will help lead the country in this area.

Perhaps Steward did work along these lines; it’s not always possible to get a feel for what’s happening within the complex public sector, and AGIMO’s role has always been more behind the scenes than up front and sensationalist. In general, whenever I’ve spoken to people about Steward, they have given me a positive impression of her work and leadership.

In conclusion, from my point of view, we should view Steward’s tenure at AGIMO as broadly a success. The executive was successful in getting quite a few important initiatives across the line, raising the ‘hygiene’ of IT governance within the Federal Government substantially and delivering an improved level of collaboration between previously siloed departments. There haven’t been any obvious screw-ups, and despite the occasional doubts of politicians such as Special Minister of State Gary Gray, there is no doubt that Steward leaves AGIMO a stronger organisation than she found it.

Beyond this, Steward appears to have been a safe pair of hands for the organisation. During her tenure the agency survived several changes of political administration (from Howard to Rudd to Gillard) and several reviews into its role and future. The magnitude of this accomplishment – gradually improving things while keeping the wolf from AGIMO’s door – is made the more impressive when you consider the fate of whole of government CIOs in Australia’s states over that period. Victoria no longer has such an office, and NSW has dramatically revamped its own, while in Queensland one can’t help but feel that Peter Grant has a major job of work ahead of him that few would envy. Let’s hope Australia’s next whole of government CIO — if we get one, that is, Finance hasn’t confirmed that yet — can build on Steward’s legacy and take the office to the next stage.