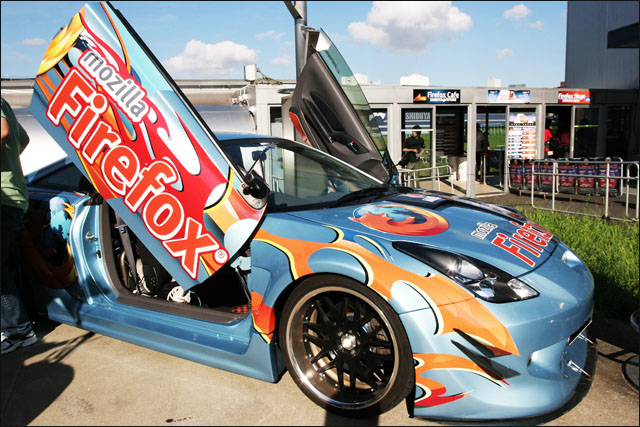 The Federal Government’s peak technology strategy group has denied a significant new policy guiding desktop software use would hamper employee productivity through locking down desktops and restrict public sector use of alternative desktop software such as Firefox or Open Office.

Earlier this week, the Australian Government Information Management Office published its Common Operating Environment Policy, which contains a number of guidelines restricting how departments and agencies should allow users to access their desktops. The document recommends users not be allowed administrative access to their PCs, requires Microsoft’s Office Open XML document standard, and places restrictions on how web browsers can be used, for example.

As the policy was released, a number of current and former government workers who did not wish their names to be used complained of current restrictions on public desktop desktops — with legacy software such as Windows XP and Internet Explorer 6 still being used on dated machines, for example, and some users even choosing to bring their own MacBooks into work so that they could use their preferred software on a modern platform.

However, in a response to questions on the matter, a spokesperson from the Department of Finance and Deregulation in which AGIMO sits denied the new standard was restrictive or would block alternative software choices. “The policy is vendor-neutral which allows its principles and standards to be used across any platform,” they said.

AGIMO’s policy requires government agencies to support the Office Open XML file format/ECMA-376 standard promoted by Microsoft, which most alternative office suites cannot write documents in. The ODF Alliance, which is supporting a rival format, claimed last year the Office Open XML format was riddled with “Windows-platform dependencies” (PDF) and essentially tied users to Microsoft Office, and some organisations, such as the National Archives of Australia, have picked the ODF standard instead in the long-term.

However, AGIMO stated there was no software bias in the choice.

“It recognises, following extensive consultation across portfolios, that over 99 percent of government PCs currently use the ECMA-376 standard,” the spokesperson said. “This standard has not been chosen exclusively – agencies may also use other formats if they desire.

“However, to ensure commonality across government, this first iteration of the policy requires that agency desktop environments must be able to read and write ECMA-376. If, over time, due to changes in usage, technology or preferences, another standard is required, the policy can be amended to accommodate such a change.”

The agency added that documents published to the public were published in alternative formats.

AGIMO’s policy does not mandate use of a specific web browser, but it does state users must not be able to install their own “unauthorised add-ins” to their browser, which would block the popular plug-ins being increasingly used by Firefox and Chrome users. Additionally, web browser software must be centrally managed.

AGIMO did not directly answer a question about which web browsers could comply with its requirements, but it did note the choice of browser was not being dictated by the policy and remained a matter for agencies to decide on.

That choice appears to have been made — with AGIMO revealing in September that 96 percent of Federal Government PCs use Internet Explorer. Many departments — such as Defence and the Australian Taxation Office — are only now investigating the update to Internet Explorer 7 — four years after the software was released.

Similarly, AGIMO has placed manageability requirements on the operating system which departments and agencies choose for their users’ machines. Microsoft Windows is still used by most of the public sector, with only small deployments of Mac OS X or Linux; and deployments of the latest versions, Windows 7 or its predecessor Vista, are few so far, with XP remaining the dominant platform.

Again, AGIMO did not directly answer a question as to what alternative operating systems AGIMO felt could theoretically meet its requirements in the document. However, the spokesperson said its policy did not preclude the use of any operating system.

“The choice of operating system remains the province of agencies,” the spokesperson said. “Agencies will need to ensure that, as they move to a new Standard Operating Environment based on this policy, their chosen operating system has the required capability.”

Locked down
One of the common complaints of workers in large organisations is that they are unable to gain access to install applications on their desktop PCs, leading to a frustration at work as they may be unable to use the applications which they are used to, or prefer to do their work more efficiently. An example would be the way that many people use web browsers with heavily customised extensions.

However, asked whether AGIMO’s desktop lock-down policy was correctly balanced in terms of security and productivity, the Finance spokesperson referred to a February 2010 report by analyst firm Gartner, which notes that large organisations were actually increasing the amount that they locked down their PCs used by employees.

“For most organisations, the optimal lockdown strategy is to lock down some users, but not all,” the report by Terrence Cosgrove and Ronni J. Colville states, before recommending organisations should lock down their PCs, applying policies by the role of the individual staff members.

In addition, AGIMO noted its policy was “clearly in line with both enterprise trends and efficiency and effectiveness management”, as shown in recent Gartner surveys of its user base — which showed organisations were increasing the percentage of users’ desktops which were locked down.

Gartner said there were some users who needed to have more open PCs, because of legitimate needs to install applications to do their job. However, AGIMO highlighted a Gartner graph (below), which showed that there were higher IT supports experienced if everyone’s desktops in an organisation were either uncontrolled, or, on the other end of the spectrum, totally locked down.

The best outcome was somewhere in the middle, Gartner found.

AGIMO has consulted widely with respect to its new policy, developing the document on collaboration with agencies covered under the Financial Management and Accountability Act (covering most) and the public. Gartner analyst Andrea Di Maio noted this week that the current debate over the standard was “interesting”, given that there was zero public responses back in July 2010 when AGIMO published a draft of the standard.