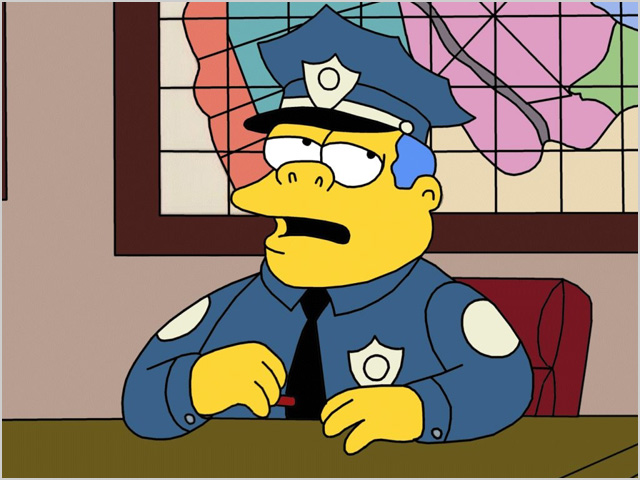 news A review of Queensland’s police and law enforcement resources has found the Queensland Police Service’s (QPS) technology capability is “significantly behind” that of comparable police forces in other jurisdictions, with archaic stand-alone IT systems lacking interconnection and modern technology not available to support officers in the field.

Yesterday the Queensland Government published a review (PDF) of the Police and Community Safety portfolio conducted by former Australian Federal Police commissioner Mick Keelty. The review is just the latest the LNP administration in the state led by Premier Campbell Newman has conducted into various aspects of the state government.

The headline finding by Keelty, when it comes to the Queensland Police Service’s IT operations, was that “poor ICT investment decisions” by QPS has rendered the organisation “significantly behind comparable police organisations”.

For starters, the review noted that Queensland’s Police Minister Jack Dempsey had been “supportive of mobile technologies” which could be used by officers in the field to gain data assisting their operations, and had provided QPS with a number of ideas on options which could be funded to develop this area. It noted that other police organisations in Australia and New Zealand had moved into the mobile technology space; for example, in the UK, police have adopted iPhones and iPads that are connected with court IT systems, reducing the need for written briefs of evidence and police notebooks.

The review noted: “Despite this, the Review team observed that the Queensland Police Service response to these proposals was both extremely slow and remarkably uninformative.”

In another example, Keelty’s team was informed of an IT system which had been put in place on a stand-alone basis by police working in the Townsville district, which relies on Microsoft SharePoint. The system was also recently introduced to the Gold Coast when a key officer was transferred from Townsville to the Gold Coast.

“Frontline police report that the use of this system by a geographically discreet area of the service can lead to a situation where information is not shared with other regions about a person or suspect who, if travelling to another region, might otherwise have been pursued,” the review notes.

“The example provided to the Review team was that a person wanted in Townsville for questioning over a stealing offence can be spoken to by police in Brisbane who would have no knowledge or suspicion that the person is wanted in Townsville unless the entries in relation to that person have been correctly uploaded onto [central policing database] QPRIME.”

Traffic infringement notices have not been automated in Queensland, unlike in other states, and even the centralised policing database QPRIME has many problems.

The review found: “Frontline police interviewed by the Review team reported that QPRIME is extremely limited when it comes to criminal investigation work in that its search capability is poor. An example was given of trying to find a report where a person is listed as having a tattoo on their right leg. A specific search of the system like this can take a number of officers many hours or even days to find – if they find it.”

Because of the issues, individual Queensland officers are frequently finding workarounds to the “inefficient and inept” systems which they are forced to deal with.

For example, the report noted: “… police on the beat or mobile traffic patrols interviewed by the Review team explained that they have taken to purchasing miniature video cameras to record their activities. The cameras have limited data storage capacity. Frontline officers told the Review that they often download the data from these personally purchased cameras onto their home computers or hard drives to be able to access the images for future reference and to clear the camera for further recordings.”

“The practice is apparently commonplace and is known to senior management. The practice extends to images captured on personal iPhones where, for example, police will capture an image on their personal phone, transmit it to an officer with access to QPRIME or I-TAS and compare the images to identify a suspect.”

However, Keelty’s report noted, other Australian jurisdictions had implemented mobile fingerprint readers to cross-match a suspect with central database records, which was “a much better way” to identify a person. This system, which Queensland Police does not have, would protect the individual’s privacy in a much better fashion. In addition, the practice of Queensland officers downloading data onto personal devices may be in breach of privacy legislation and may not be captured by subpoenas issues to the department.

QPS’ centralised IT systems are also out of date. For example, the organisation is suffering difficulties in tracking its resources. The report found: “A new, integrated system is needed because there is no current system that connects finance and human resource systems in the Queensland Police Service.”

In addition, the organisation’s senior officers have proven recalcitrant when asked to speak about the issue of a strategic ICT review in general. Keelty’s review noted that his team had recommended a widespread ICT strategy be developed by QPS with the assistance of external consultants. Keelty’s report noted that QPS had already engaged such a consultant; a fact which the former AFP commissioner’s team had to dig out of QPS; but that no wide-ranging review had been commenced.

“… despite several attempts by the Director-General of Department of Community Safety to engage with Queensland Police Service on an information and communication technology review, no joint activity was commenced,” the report noted.

Part of the issue with QPS’ development of its IT systems appears to be the fact that it does not play well with other agencies in the law enforcement portfolio, and that even internally, IT development efforts have been siloed. The report noted, for example, that the Queensland Ambulance Service and Queensland Fire and Rescue have “quite well-developed ICT systems”; but that QPS had declined to participate in some co-development efforts with other agencies.

With respect to its own operations, the report noted: … “different information and communication technology projects were assigned to senior police who then became the project manager‘. The project managers then went on to oversee the design and implementation of an information and communication technology solution. But the development of these systems appears to have taken place in vertical streams rather than across the organisation with little or no consultation with business areas or external stakeholders.”

QPS is not the only organisation facing substantial ICT problems in the Queensland Government. An ICT audit published by the state in June this year found ninety percent of the Queensland Government’s ICT systems were outdated and would require replacement within five years at a total cost of $7.4 billion, as Queensland continues to grapple with the catastrophic outcome of years of “chronic underfunding” into its dilapidated ICT infrastructure.

The LNP administration in the state has published a concrete strategy to deal with the problems, but the issue will require years of sustained effort to address.

In addition, police forces in other states also have systemic issues when it comes to their ICT systems. In a broad-based investigation of the Victorian police force published in March 2012, for example, the Victorian State Services Authority (SSA) found that the organisation has no ability to deliver major IT projects.

In another example related to law enforcement, the Victorian Ombudsman found in a report published last month that the poor-performing nature of a 15-year-old IT system operated by the State Government had been one of the main contributors to the state losing more than $1.2 billion of revenue from millions of uncollected legal infringement fines. A project to replace the system kicked off in 2007 has not yet delivered on its aims.

opinion/analysis
Where else but Queensland? The home state of ICT disasters? The home of the $1.2 billion Queensland Health payroll disaster? The state whose ICT systems are all completely in disrepair? The state which has botched pretty much every technology project in living memory? Where else but Queensland? Nothing, nothing would surprise me about the Queensland Government’s ICT operations at this point. They are a laughing stock; a complete joke.