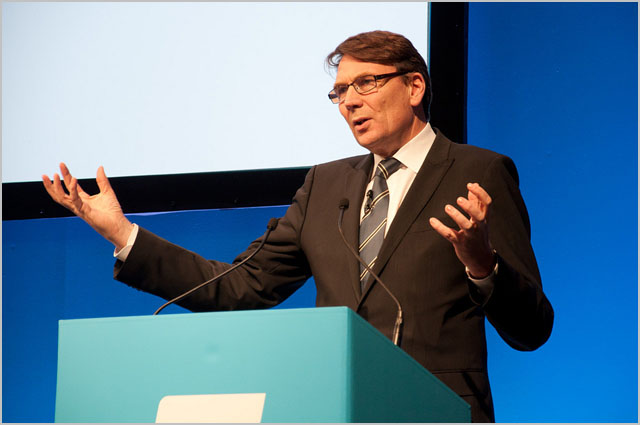 news The nation’s largest telco Telstra has released its commercial pricing plans for the National Broadband Network, with the company’s plans appearing to be significantly more expensive than those available from rival providers such as Optus and iiNet.

The first type of plan is what Telstra refers to as a ‘bundle’. This plan comes with a bundled telephone line and broadband connection, and ranges in cost from $80 per month for 5GB of data quota and up to 25Mbps speeds, to a $150 monthly plan with 500GB of quota and up to 100Mbps speeds. The entry level plans at 25Mbps come with unlimited local calls but no STD or calls to mobile included, while the higher value plans come with unlimited local calls, and some other includsions, such as calls to Telstra mobiles or STD calls included.

Telstra’s plan structure includes just two different broadband speeds — up to 25Mbps and up to 100Mbps. This appears to represent the fact that Telstra currently offers two different stratas of network infrastructure — ADSL, which is limited to 24Mbps, and HFC cable, which in theory can top out at 100Mbps in supported areas. The NBN infrastructure supports four tiers of speeds (12Mbps, 25Mbps, 50MBps and 100Mbps), but Telstra does not appear to be offering the 12Mbps or 50Mbps speeds.

Telstra’s plans appear to be significantly more expensive than rival broadband plans available from other NBN providers such as iiNet and Optus.

For example, iiNet offers a $99.95 monthly NBN plan which comes with a total of a terabyte of data quota at 100Mbps speeds. For an extra $9.95 per month, customers will be able to use the company’s Internet telephony service, which comes with all local and national calls included. In comparison, Telstra’s highest value plan comes with half that amount of download quota for $150 a month, although it does feature additional unlimited calls to Australian mobile phones.

Despite the additional costs compared with prices available from rival providers, Telstra chief customer officer Gordon Ballantyne described Telstra’s plans as featuring “a winning combination”. More than 500 customers had trialled Telstra’s NBN broadband access over the past six months, he said. The new deals will go on sale tomorrow nationally across all of Telstra’s infrastructure, and will be available to customers in NBN areas — in first release sites in Armidale, Kiama Downs, Townsville, Brunswick and Willunga.

Telstra will also this week launch what it described as “a Fibre Experience Centre”, which will travel the country and set up in the heart of NBN rollout locations, to provide Australians with hands-on experiences of Telstra services on the NBN. Kiama Downs will be first cab off the ranks, from 16 March.

Asked to comment on Telstra’s expensive pricing compared with rival providers, a Telstra spokesperson highlighted Telstra’s skills in providing free installation and in-home setup for customers. Data inclusions in the plans were up, free calls to a customer’s mobile phone numbers were included, they pointed out, and more than 1.2 million customers were already using previous Telstra bundled services.