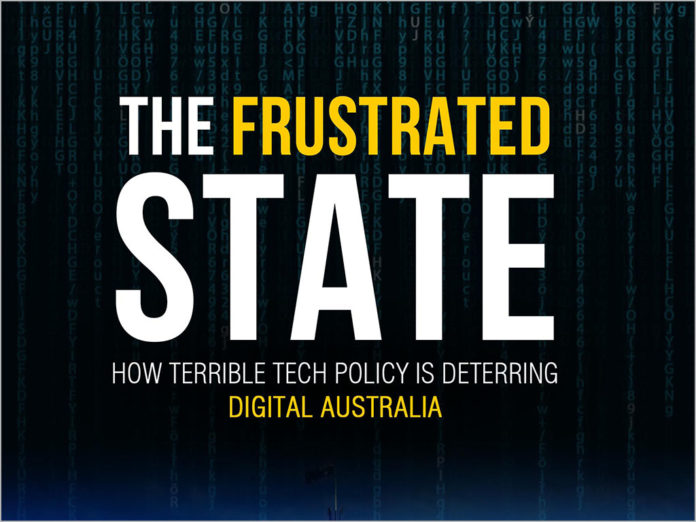 As you may be aware, Renai has recently published his first book.

Entitled: The Frustrated State: How terrible tech policy is deterring digital Australia, the book is the first in-depth examination of how Australia’s political sector is systematically mismanaging technological change and crushing hopes that our nation will ever take its rightful place globally as a digital powerhouse and home of innovation.

The book has been distributed to Kickstarter backers, and will shortly be made available more widely for purchase.

The publication of The Frustrated State would not have been possible without the following individuals and organisations, who directly contributed $75 or more each to the book during its successful Kickstarter campaign. As part of that Kickstarter campaign, Renai pledged to thank these individuals on Delimiter. Their names are also published on a dedicated page of The Frustrated State.

Many of these individuals were already known to Renai through his journalist work and his prior career. Others came out of the woodwork to support Renai when he needed it most. Renai thanks them all for their support. They are:

Thank you one and all.