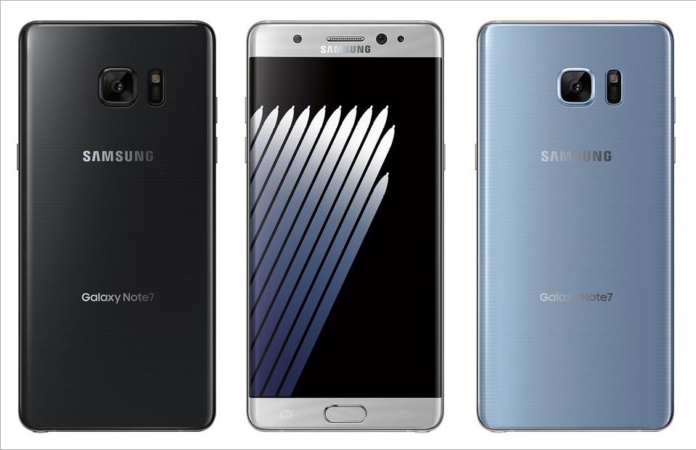 news Vodafone has announced details of its pricing strategy for Samsung’s high-spec Galaxy offering, the Note7, which will be available for preorder online from 5 August at 12.01am.

Like an updated version of the best-selling Galaxy S7 Edge with a stylus, the Note7 offers the well-reviewed 12-megapixel camera (5 megapixels on the selfie side) as found on the S7, expandable microSD card storage and water resistance.

Running the latest Android 6.0.1 Marshmallow, the Note7 is powered by Samsung’s Exynos 8890 eight-core processor – four of which run at 2.3GHz and the other four at 1.6GHz.

Other features include a USB-C charger port, both iris scanner and fingerprint scanner, a curved Quad HD (2560x1440p) Super AMOLED screen with Gorilla Glass 5, and a larger battery than the previous Note5.

Vodafone has now revealed a number of 24-month Red plans for customers wanting to avail themselves of the new phone, varying in price with the amount of data required and, oddly, whether users choose an option with “bonus” data (yes, the bonus costs extra).

Starting with 0.5 GB and no bonus data, the basic plan will cost $74. That breaks down as $40 for the plan and $34 for the phone repayment over the two years.

During the preorder period (which ends at closes at 11.59pm on 18 August, customers will receive a free 256GB microSD card. See the Vodafone website for more details and T&Cs.

Telstra has also announced that the Note7 will be available for preorder on 5 August at 8am. Pricing will be announced later this week, the firm said. Interested customers can register for updates here.

The Note7 will be available for standard orders at both retailers from 19 August.