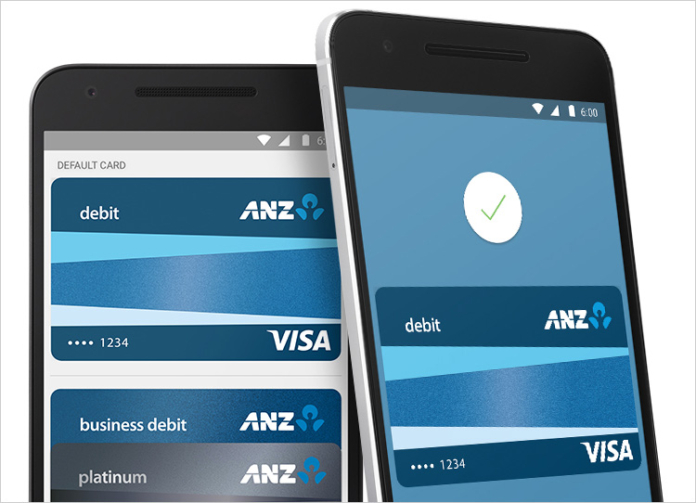 To use the service, users will need to download the Android Pay app from Google Play onto an NFC-enabled phone, and must own an eligible American Express or Visa credit or debit card from one of over 25 supported banks and credit unions, including ANZ, American Express, Macquarie, MyState Bank and Teachers Mutual Bank.

Once set up, buying something is a matter of simply ‘waking’ the phone and tapping the payment terminal with the phone as they would with a contactless debit or credit card.

In an announcement on its blog, Google said that MasterCard will be added to the service in “a few days” and that other banks and cards are also being added in future, with Bendigo Bank and ING Direct to be supported “soon”.

Businesses with contactless terminals will automatically be able to accept Android Pay in store.

Also to be live “in a few days time”, said Google, will be the ability to checkout using Android Pay in apps, including Catch of the Day, Deliveroo, Domino’s, EatNow, Hotel Tonight, Kogan.com and more.

The feature will remove the need to enter payment or address details into an app every time a purchase is made.

When a purchase is made, a payment confirmation indicates when and where the transaction happened, making suspicious activity simple to identify.

And should a phone be lost or stolen, Google’s Android Device Manager can be used to lock the device from anywhere, enter a new password or wipe it clean of personal information.

Notably, Android Pay is launching with significantly more card and banking partners than Apple Pay did last year, and some criticism was levelled at the tech giant’s for launching with a single card partner, AmEx.

Additionally, Ed Husic MP said on 3 December that Australian consumers are being denied payment choices over the banks’ apparent “boycott” of Apple Pay and he called for regulation to stop consumers suffering from the possibly anti-competitive actions of some financial institutions.

Later, however, Reserve Bank of Australia Governor Glenn Stevens said he had not seen any evidence that Australia’s major banks were actively boycotting the Apple Pay mobile payments service.